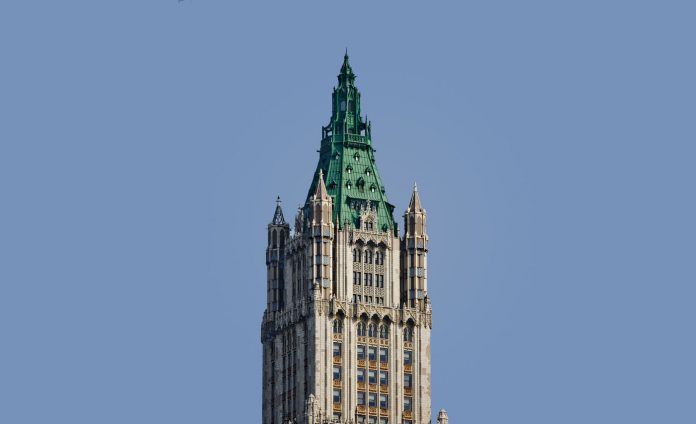 During the early 1600’s, European entrepreneurs were seeking new markets for their wares as well as for scarce natural resources.  In 1609, Henry Hudson was hired by the Dutch West India Company for a voyage of exploration. He came to North America and sailed up what he then called the North River, the soon-to-be-named Hudson River. Within a year, the Dutch had begun trading for furs with the Native Americans along this as well as the Connecticut and Delaware River Valleys.

It was intended as a simple trading post. At the southern tip of this settlement, the Dutch governor purchased the island of Manhattan from the Manhattan tribe and called the area New Amsterdam. However, the transaction was not a smooth one, and there was much conflict between the natives and the colonists.  Between 1626 and 1664, the main town of the Dutch colony of New Netherland was New Amsterdam. They established Fort Orange at present-day Albany to take advantage of the lucrative fur trade with the Iroquois Indians. Beginning with the ‘purchase’ of Manhattan, the town of New Amsterdam was founded as a way to help protect trading areas further upriver while providing a great port of entry. 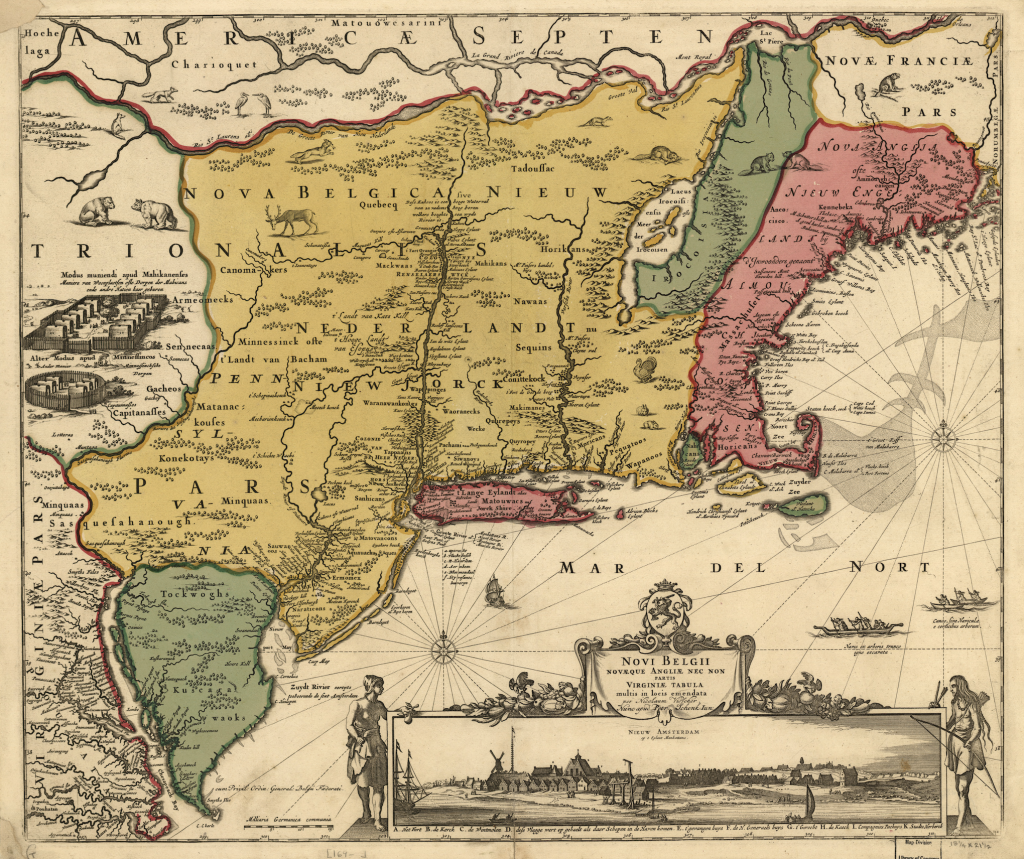 The English took control of New Amsterdam in 1664 and renamed the area New York.  While this area was henceforth British, the Dutch applications of laissez faire economics, religious freedom and free speech had already taken root.

There are numerous examples of successful American business enterprises exhibiting this Dutch flavor, but few more so than Woolworth’s.

F. W. Woolworth was born in 1854 in the small town of Rodman, New York. Woolworth started out working for other men, most significantly, William Harvey Moore, at his store Augsbury & Moore. In the fall of 1878, Moore’s store in Watertown, New York had a counter laden with goods pre-priced at 5 cents. This was not a new idea, but was still something of an innovation. Instead of asking the store clerkto weigh out items and then price accordingly, as was common at the time, the customer helped themselves. It was quick, convenient, had a high turnover, and required fewer store clerks to operate. Woolworth realized that what worked for one counter could work for a whole store. In 1878, he borrowed $300 and opened “The Great Five Cent Store” in Utica, New York. The store in Utica failed. Undeterred, Woolworth opened a 5 and 10-cents store on June 6, 1879, in Lancaster, Pennsylvania. The shelves were stocked with attractive, but inexpensive everyday objects — pencils, napkins, coal shovels, cake tins, boot blacking, police whistles — products designed to catch the eye, but not dent the pocket book. The store was a success. Woolworth attributed this in part to “the thriftiness of the Pennsylvania Dutch.” He opened other stores. Some failed, others, like the one in Scranton opened in 1880, did not. As more stores opened, Woolworth developed a formula for identifying the best place to locate his businesses; to wit: a small town with a prosperous economy, on a busy high street, and in the commercial part of that town.

Woolworth’s eponymous stores caught on, and by 1910 F.W. Woolworth and Company had nearly three hundred Five and Ten Cent Stores, including branches on the up market Ladies Mile around 5thand 6thAvenues in Manhattan as well as seven branches in the United Kingdom.  Woolworth’s colleagues when he worked for William Harvey Moore described him as a poor salesman. He was, however, particularly good at buying and made a number of trips to Europe to look for goods to sell in his shops. While in Europe, Woolworth became captivated by the architecture he saw there. This exposure would soon influence the design of the New York skyline. 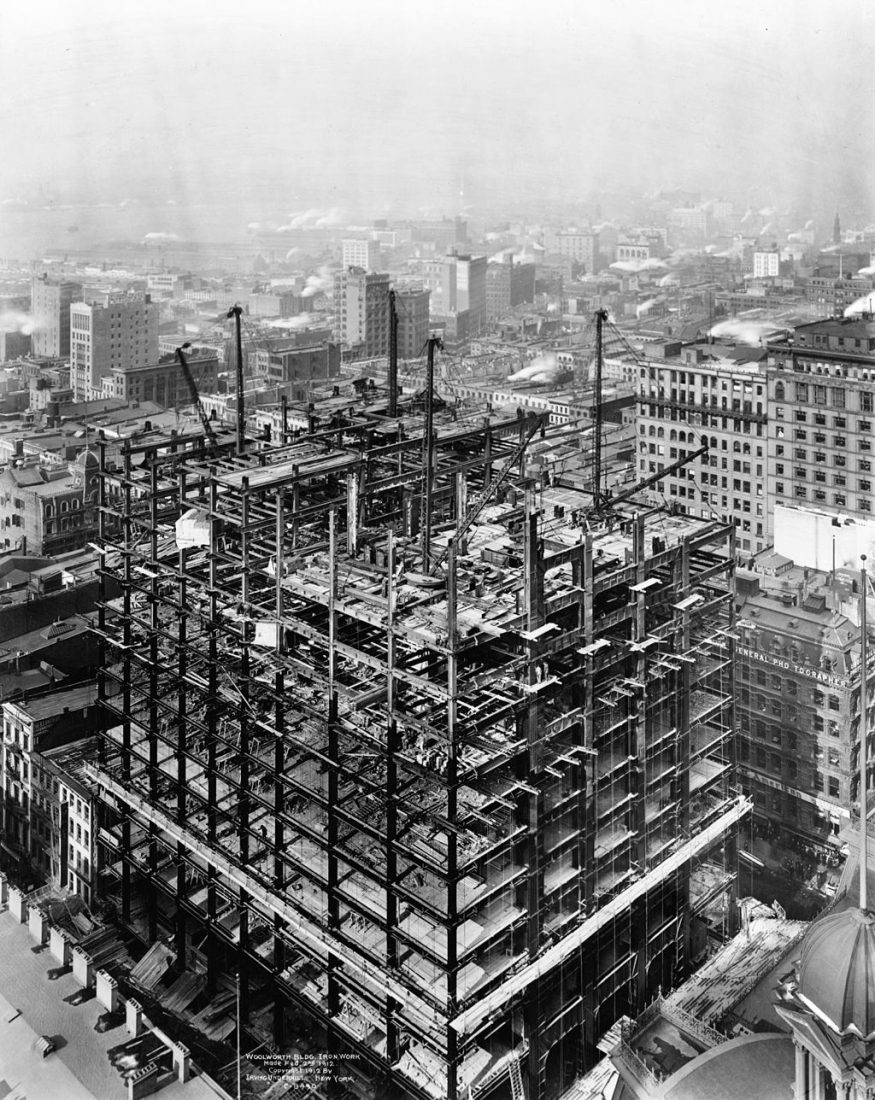 The term skyscraper, according to the Oxford English Dictionary, had been around for years before it was used to describe a “high building of many stories, especially one of those characteristic of American cities.” It was used to describe tall men, race horses, sailing ships, tall hats, big hits in baseball, and even tall stories. Seemingly anything deemed lofty in stature could be called a skyscraper. The early leader in the development of the skyscraper in America was the city of Chicago. Between 1880 and 1900, a number of skyscrapers were built there, the first of which was commonly thought to be William Le Baron Jenney’s ten-story Home Insurance Building.

Iron and then steel frames made the construction of very tall buildings possible, negating the necessity of the thick masonry walls of earlier buildings. With a sturdy, yet light steel frame, buildings could be strong, tall, and elegant. It also meant that due to the relatively thin walls and increased height, a property developer might generate maximum profit from a small area of very expensive real estate. Technology at the end of the 19th century meant that skyscrapers could now be built as high as proportion would allow. A similar engineering renaissance is currently taking place evidenced by ultra slim towers taking form upon narrow footprints assuming elevations seemed impractical just a decade or so ago.

It seems appropriate that a man like F.W. Woolworth should be behind the construction of the Woolworth Building. He was keenly aware of the importance of image and brand, and he already knew where to locate a building for full effect.  Woolworth moved his operations to New York City, originally with offices in the Sun Building at 280 Broadway.  Woolworth soon decided to build his own headquarters. The man himself said that he was given the idea to build a skyscraper when visiting Europe, where he was frequently asked about the Singer Building at 149 Broadway. He realized the Singer Company had built not just a headquarters, but an international talking point. In 1908, Woolworth began talks with the Irving National Bank regarding the construction of a modest office building to house both companies’ headquarters, which would eventually evolve into the world’s tallest skyscraper, the Woolworth Building. Beginning in 1910, Woolworth began to take measures to get the building constructed, and within a few months had selected and bought a site, arranged the financing of the project, and chosen an architect. 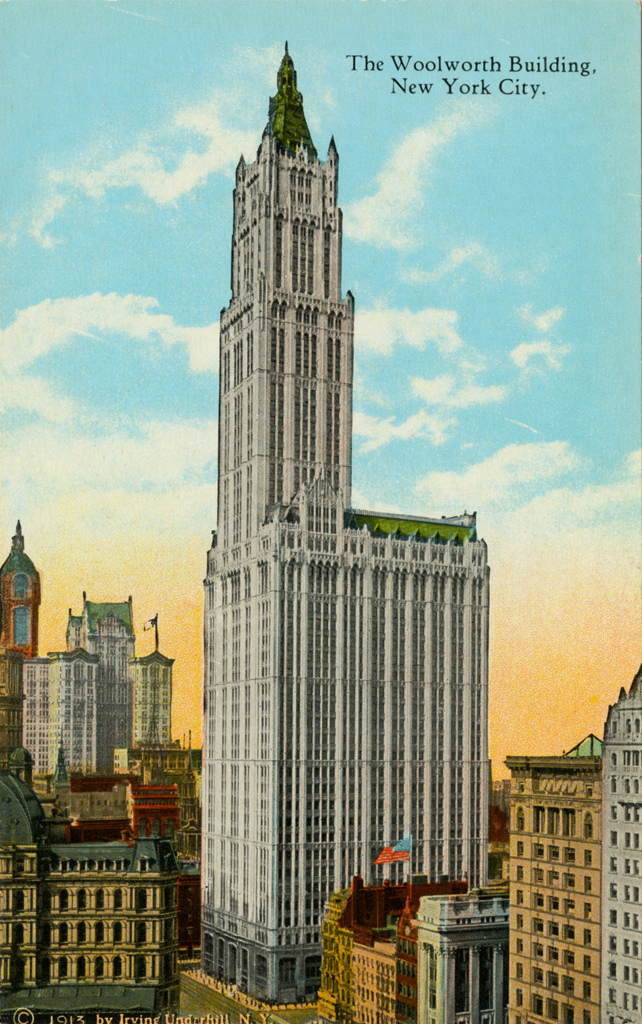 With City government growing and 500,000 people a day streaming across the Brooklyn Bridge on their way to Manhattan, Woolworth saw the commercial potential of the skyscraper’s location, with the building acting as a “giant signboard,” advertising the greatness of his company, and as a way to make money, leasing floors to other companies, which would in turn raise the value of his real estate.

Soon dubbed the “Cathedral of Commerce,” the 60-story masterpiece was once the world’s tallest building. The breathtaking lobby contains jewel-like mosaics, filigree brass work and, hidden among the gnarled gargoyles tucked into the corners, figures of Cass Gilbert and the building’s namesake F. W. Woolworth. Woolworth, of “five-and-dime” store fame, paid $13.5 million in cash. While the lobby is no longer open to the public, the sheer majesty of the building is evident with the subtlest of glances through the front doors.  A Landmark Preservation Commission internal proprietary report in 1983 described the Woolworth Building as a 60-story skyscraper that rises 792 feet above street-level. It occupies the entire block front along Broadway, between Barclay Street and Park Place and features a 30-story tower built on a 30-story base. Its construction consists of a steel frame, designed by engineer Gunvald Aus, covered with masonry and Atlantic terra cotta and features carving and decorative motifs that are Gothic in inspiration.  It was built with a type of bracing to protect against high winds that had previously been used in the construction of bridges. It had its own power plant (a first), barber shop, restaurant, doctor’s office and swimming pool. Gilbert designed the building in a U-shape so that every office had access to daylight through one of 2,843 windows, as the corridors ran through the middle of each floor. The F. W. Woolworth Company, including Woolworth’s own marble lined office, located on the 24thfloor, occupied one and a half floors of the skyscraper until the company sold the building in 1998. 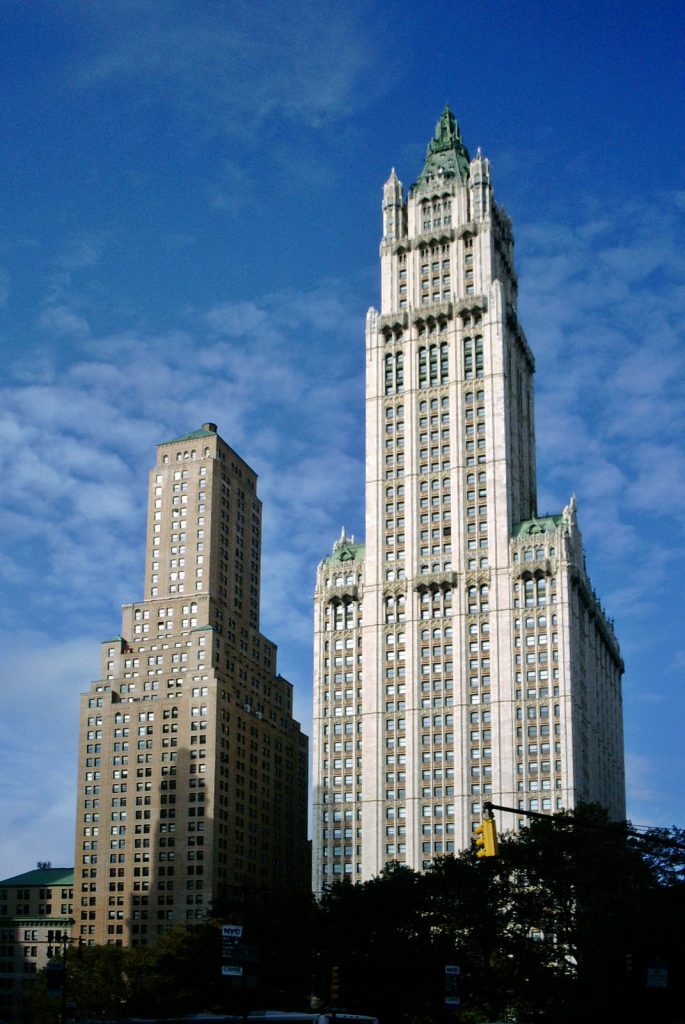 Today, under the architectural and aesthetic direction of Thierry W. Despont, the top thirty floors of this celebrated structure have been reimagined into thirty-three prized luxury condominium residences, crowned by the extraordinary, five-story Pinnacle Penthouse, which represents a new paradigm for penthouses in New York City. 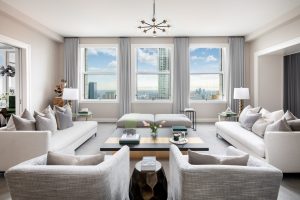 The Greens Donate $103,495 to NYC Charities with Support  from Visitors