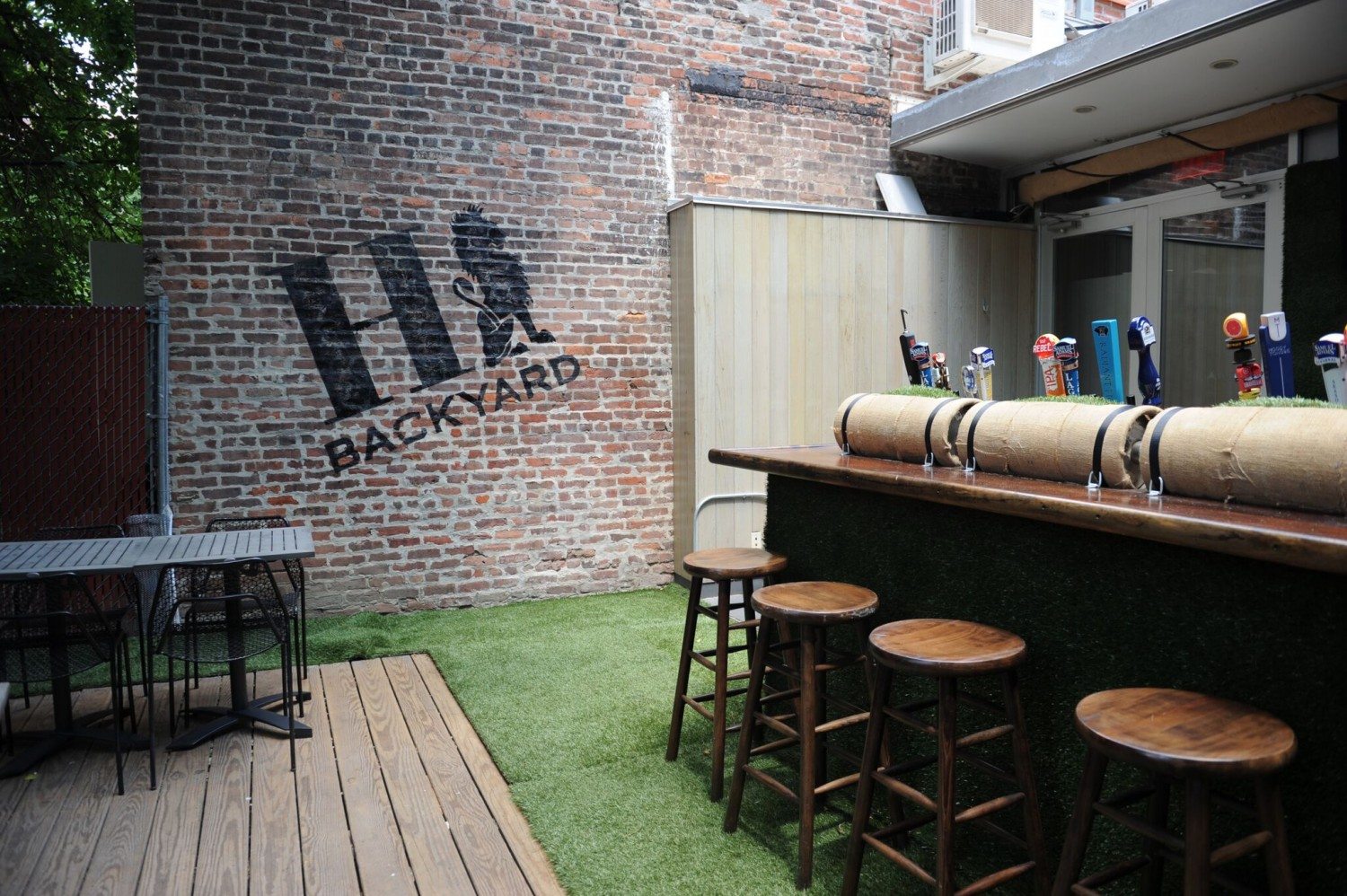 Looking to enjoy a cool drink and a hot dog under the stars? Check out HENRI’S newly-opened Brooklyn location at 256 4th Avenue in Gowanus, HENRI’S Backyard.

Binh Douglas of the HENRI Hospitality Group wants you to feel at home under the trees while chowing down on a menu of shared bites, salads, sandwiches, sweets, and — if you come back often enough — a “secret” menu that’ll be offered to their most frequent patrons.

Over the course of his career, Douglas has led operations for more than a dozen successful restaurant and nightlife venues throughout the country, including time at the MGM Grand in Las Vegas. We spoke with him about his Vietnamese-German fusion menu, and how his heritage — half Vietnamese, a quarter Native American, and a quarter black — lends itself to the flavorful spins on beloved “backyard” classics. What made you decide to open a second location, and how is it different from the first?

Binh Douglas: We saw an opportunity in Gowanus as it is still an up-and-coming neighborhood in Brooklyn with a need for a welcoming outdoor space. We wanted to stay true to our family’s ethnicity this time, honing in a bit more on the German Biergarten feel with our “German meets Vietnamese” French, American, and Native American fusion cuisine. Also, we obviously wanted to keep our badass wallpaper contingency going.

Will the menu change seasonally?

BD: We plan on keeping our brunch menu the same, but seasonal dishes will change accordingly to what’s fresh, local and in season. For example, our freshly-farmed and hand-delivered north fork Blue Point raw oysters from Oysterponds Shellfish Co. will shift to heartier oysters — Rockefeller and clams casino — in the fall and winter. Lighter summer veggies and salads will start shifting to in-season vegetarian replacements. We also plan on adding homemade soups to the menu as the weather gets colder. Do you think that having actual backyard space like this could really only happen in Brooklyn?

BD: I think it’s more affordable, in general, to have a backyard or outside space in the outer boroughs of Manhattan. I’m sure there are other opportunities in parts of Queens or Brooklyn that haven’t been already overrun by new high rises or real estate developers.

What have the most popular menu items been?

BD: So far, our quinoa salad and Banh Mi sandwiches have been flying out of the kitchen. That’s not to say that our sous vide Vietnamese ribs and veggie burger aren’t very close.

Tell me how your heritage lends its influence to the menu…

BD: Other than traditional backyard American fare, most of our dishes have an element of Asian, German, French, or African-American influence, which if you think about it is the new America anyway.

What is your hope for the new space as the weather begins to turn colder, and the backyard may not be as popular?

BD: As the weather changes, we are looking to enclose the space and capture the feeling of a year-round backyard. This way, in the dead of winter, guests will have an oasis in Brooklyn to remind them of the warmer days.