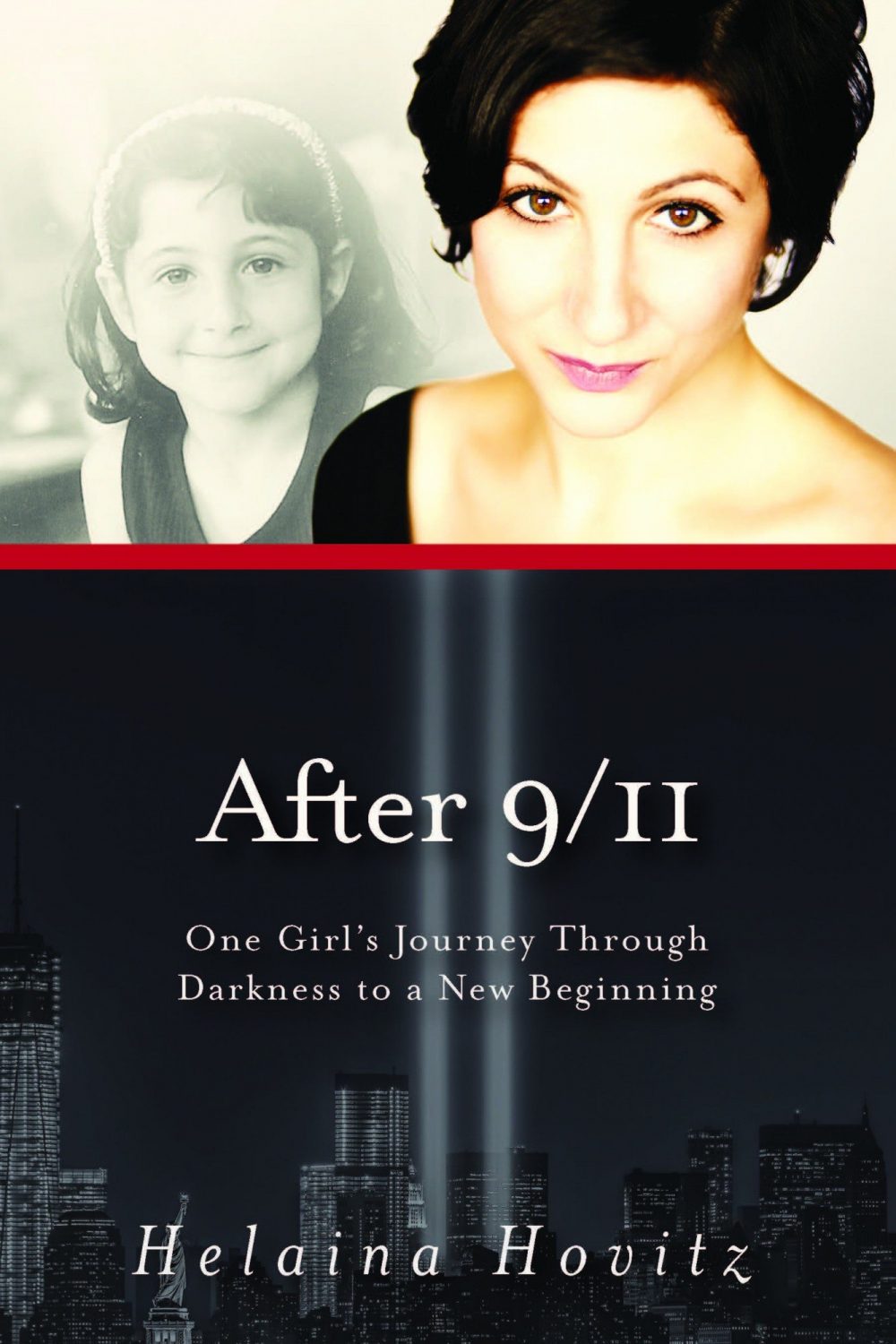 A prolific writer and editor, the work of Helaina Hovitz has appeared within dozens of popular outlets. A New York native based in lower Manhattan, Helaina has contributed to the New York Times, Salon, Newsday, New York Observer, Forbes, Huffington Post and Recovery.org, to name a few key outlets; Downtown has proudly featured her work on more than a few occasions this year. She is also the co-founder of the very refreshing Headlines For The Hopeful.

Helaina’s latest project is her newly-released memoir, After 9/11: One Girl’s Journey Through Darkness To A New Beginning, through Carrel Books. After 9/11 covers Helaina’s life before, during and after September 11, 2001. However, it’s about a lot more than 9/11, discussing recovery and other themes that have made her the person that she is today.

Downtown had the pleasure of talking with Helaina about After 9/11 and plenty more. Helaina can be visited online at www.HelainaHovitz.com. She can also be followed on Twitter and Facebook. How would you describe your book to someone who hasn’t read it?

Helaina Hovitz: After 9/11 is a coming of age story, not just my own, but that of several children growing up in the shadow of the World Trade Center. At ages 11, 12 and 13, our brains are trying to make sense of the world around us and how we relate to it, and trauma changes how we feel about and respond to nearly everything. That day was the catalyst for so much else that would take place after. The impact it had on people physically, emotionally and mentally was ongoing, even though we all very much wanted to just “move on.”

Outside of a direct correlation to September 11 or Post Traumatic Stress Disorder, what else do you think might resonate?

HH: The entire book is not about 9/11, nor is everything that I describe or include the direct result of my experience with 9/11 and its aftermath. I felt it was important to write about the entire scope of my life from early childhood to present day to give a sense of how trauma manifests in the bigger picture of an otherwise “normal” life. For that reason, it is relatable in many ways: my first love, high school bullies, my special relationship with my grandma, my first drink, my first dog, my admiration for the “cool” professor in college…There is a lot more to this story than the title would suggest, and at the same time, it is incredibly-accurate: this is what my life looked like over the past 15 years. This book was actually a hard sell because so many industry folks just wrote it off as “9/11 literature.” I always wondered what the reaction would have been if my personal trauma didn’t happen to be one of the worst global acts of war in human history.

Is there something that you’re hoping for readers to come away with after finishing the book?

HH: The ability to identify and know they are not alone, in still struggling with what they saw and felt and lived through that day. We all have our traumas and those moments that change our lives forever, and, in both subtle and obvious ways, influence the way we think and the choices we make. Maybe they’ll consider therapy for something they thought they should be “over” already, or realize you can be an alcoholic at any age, and that no, it isn’t a badge of honor. I hope they also realize that no matter how bad things are, there is always hope if we keep searching for answers, for help, for support, and know where to look.

Was there a lot of pain in writing a book like this? Or did it turn out to be therapeutic process?

HH: Absolutely the latter, I had lived the most painful parts already and this was another way that I was able to heal them. Between when I first decided to write the book, the times I said, “Okay, now it’s finished,” and the final copy you’re holding, I was still growing, changing, and learning. With memoir, your story is never really over. You just have to decide where to stop the book.

Were there parts within the book that you were hesitant to reveal?

HH: Please excuse the pun, but — as in real life — I’m literally an open book. In the interest of being relatable and honest, I included things that my mother was not happy about, and I don’t think any mother would be. But the point is, I wasn’t hesitant to reveal anything because that’s who I was, not who I am. Hopefully, people recognize that serious change is possible, and it will foster a sense of compassion rather than judgment; not just for the girl I was, but for the person the reader is now.

Do you have aspirations of writing another book?

HH: If this is the one book I ever write, that’s okay with me. Do I have another book in me? I may have a dozen.

When not busy with your writing career, how do you like to spend free time?

HH: What’s “free time?” Is that something new the kids are doing these days, like Snapchat? (laughs)

As a dog owner, what are some of your favorite spots downtown?

HH: It’s not up to me, it’s up to Wiley. He strongly prefers pooping on the cobblestones at the Seaport, but also enjoys the brisk walk to the Worth Street Vet….until he realize that once again, “Oh crap, he’s at the vet.” How did he not see this coming again?

As a food writer, do you have a restaurant that you count on for a perfect meal?

HH: I have the privilege of trying so many new places that questions like this one are always hard to answer. I love variety and trying new things, and I’ve gotten to experience certain places and foods that I may never have had the chance to otherwise. Locally, I’m more inclined to show love to restaurants on the east side than west, and I do have some regular favorites, but you’ll have to ask me personally about those so you can tell the owner that Helaina sent you!

Where did the idea for Headlines For The Hopeful come from?

HH: I always knew I wanted to be a journalist. At the same time, the news was always horrifying and re-traumatizing: suicide bombers, Orange Alerts, nuclear war, anthrax scares, weapons of mass destruction, bomb scares. In high school, as editor of the school paper, I was drawn to stories that felt meaningful, important, positive…I had always felt older and more sensitive to a number of issues that other teenagers didn’t seem to care about.

Fast forward a few years, and none of the places I freelanced for would let me write stories about non-profits or charities, about people turning their lives around to do good with them, the hopeful stories of the world, so I got a day job and started giving it away for free to Forbes and Huffington Post. Fast forward another couple of years, and with no business experience whatsoever, I found a team of three people who believed in the need for this type of inspiring but meaningful content, reported well, produced well, focusing on real solutions to serious social issues, and here we are!

Finally, Helaina, any last words for the kids?

HH: Not all therapists are chronic head-nodders who ask questions, take notes and send you on your way. If you feel like something just isn’t right, or you could use some support, do your research online and find a therapist who you think you’ll gel with, and who does skills-based treatment. If at first you don’t succeed, keep trying. But never give up on yourself. Oh, and don’t scoff when they ask about your childhood!