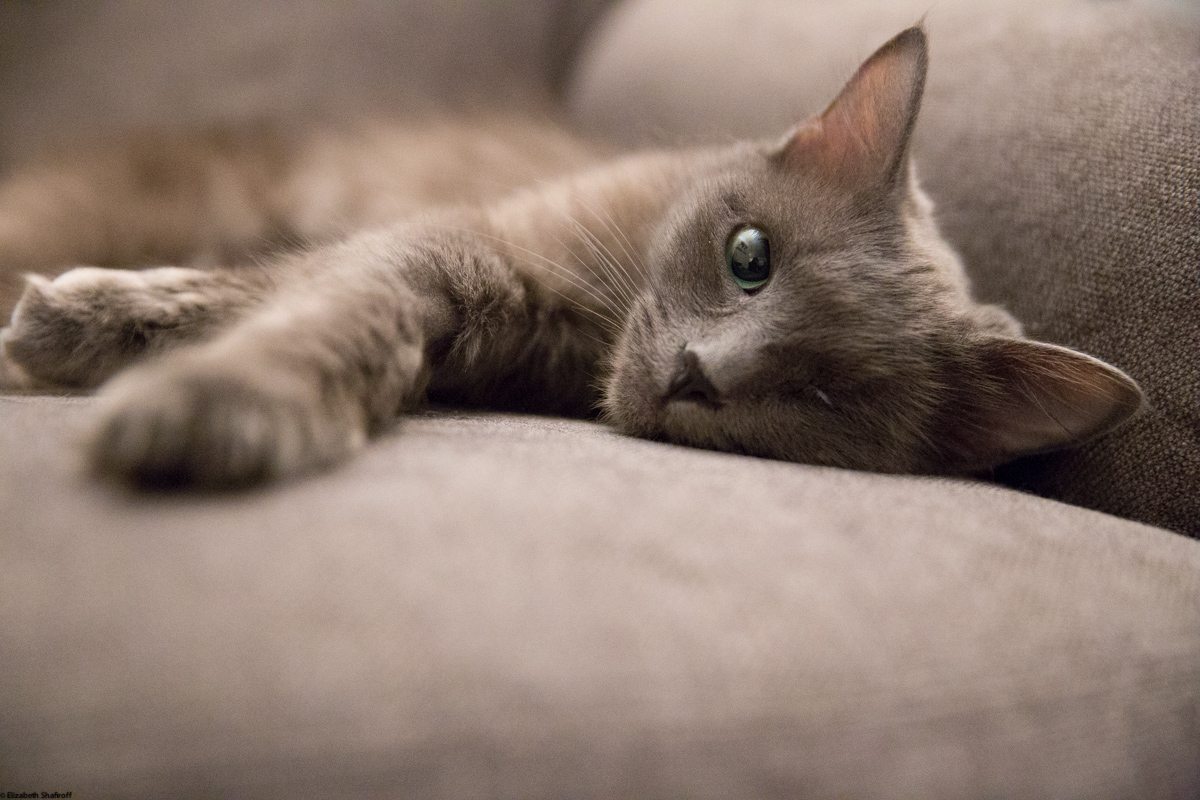 Shelter Chic is a revolutionary nonprofit, no-kill New York City animal shelter whose primary mission is to help foster and find homeless cats and dogs loving forever homes. They soon hope to feature a cutting-edge boutique for animals and their humans, whose proceeds go entirely to running the shelter.

Brittany Feldman President, Co-Founder and Amanda Folk, Vice President and Co-Founder of Shelter Chic were inspired by the idea a year ago. Feldman specifically was a teacher who volunteered at an animal shelter years ago. She then worked at one for eight to nine months. “I loved it but saw significant problems with it,” Feldman stated. The people who were going to breeders and pet stores were not coming to the shelters for various reasons, heartbreaking, sadness surrounding it, and some people just have a stigma against animals; for instance saying they are broken or not purebred animals. “We are appealing to the non-shelter crowd as well. We want to get those people in the door,” Feldman concurred.

Founded on the principles of passion, style, spirit, and spunk – Shelter Chic believes every animal, whether they were formerly a stray, a rescue from an abusive situation, or a purebred surrendered by their owner, deserves a fairytale ending. This is no ordinary shelter, yet their mission is just the same as any other animal shelter: to give cats and dogs a chance at happiness.

Shelter Chic, will be a long term financially sustainable boutique that will sell a range of products, high end brands, and small companies starting up. In addition, they will also sell funky apparel and anything that has to do with adoption and fostering. The Shelter Chic founders also have a friend that makes hand painted greeting cards that will be sold at the shelter for patrons to purchase.

So far, 5 animals have been adopted from Shelter Chic: Three cats and two dogs. Shelter Chic really wants to stress the issue that the world not only needs people to adopt animals but as well as foster animals in need of homes. “We have to rely on our fosters’ because we don’t have a location yet,” said Feldman. To match current foster’s needs every foster must fill out an application and be approved.

The front of the shelter will be a boutique and the products will help to keep the shelter running. The boutique will sell a range of products from dog and cat food, to merchandise that people can buy for themselves as well as their animals. It will be a one-stop shop for pets and will feature products that humans can take advantage of as well. Everything is targeted towards people who are curious and interested in animal shelters, as well as people who are familiar with them and just want to come in and enjoy the products/ animals.

The main point behind Shelter Chic is to change people’s perceptions on animal shelters overall. They hope that other animal shelters will try to use their format and concept for their shelters in the future as well.

Once Shelter Chic finds a location and opens patrons can expect seeing the animals dressed to the nines which will include tutus and bow ties. “We really want to show these beautiful animals off,” Feldman stated. The intention is also about finding the right people. People spend more money on their animals then they do themselves and that’s a given.

Feldman mentioned that they we will be carrying cruelty-free products and will want to promote organizations that also have products that are cruelty free as well. For instance, Paul Mitchell stresses that his products are cruelty-free and are not tested on animals. The shelter wants to promote various brands just like Mitchell’s as well as their own.

Many of you must be wondering when the local events,  to the shelter will be happening. A rooftop barbeque will be hosted at the end of July/beginning of August. Shelter Chic is also hoping to partner with the Southampton Animal Shelter for an end-of-summer event in the Hamptons. A happy hour will occur in the fall which will be a Saturday football tailgate inspired by the co-founders themselves both being University of Michigan Alumni’s. Go Wolverine Football!  It should be a really fun event to kick off the season for fall madness.

Past events have included a pop up shop in Tribeca where the staff at Shelter Chic decorated the space and hosted other animal organizations that they have good relationships with. They hosted the other organizations’ animals, sold t-shirts, bags, bottle openers, and magnets. They succeeded and raised over 3,000 dollars in two days. A doggy kissing booth was also provided and people were able to donate the proceedings of their choice.

The larger event was located at the popular Tao Downtown Lounge, where Holy Ghost a well-known music duo DJ’d the event. The sponsors were Titos Vodka, Caliche Rum, Singha Beer,
and Suhru Wines who provided the alcohol, as well as Baked by Melissa cupcakes. A silent auction took place where prizes ranged from Rangers tickets, and a pet photography session. Sponsors provided all of the alcohol, and a running slide show was provided for the guests of all the animals that were adopted, statistics about fostering, adopting, and animal in general.

Feldman stated, “We want to appeal to the non-shelter crowd. We want to stray away from the depressing aspects of shelters.” Their vision truly is inspiring and should give each patrons joy and happiness when they come to Shelter Chic. People can expect heart-shaped litter boxes, everything bedazzled and bubbly. Patricia Field, designer for Sex and the City boutique on Bowery, is Feldman’s style icon so she really wants to have that kind of feel; very spunky and chic. In fact, the Shelter Chic crew  made tank tops with their racy slogans, and are currently being sold in stores there now.

Shelter Chic wants to help more animals, but in order to do so they would really like to prove their concept and receive more donations from generous patrons. “With our logo (a pit bull in a tutu) is working  to break down negative stereotypes against the pit bull breed specifically, as well as trying to bring levity to a serious situation- animal rescue and adoption. We have the same goal in mind just like every other rescue group and shelter. We are just going about it in a different way. We want to be a shelter revolution,” Feldman stated.

Shelter Chic is in desperate need of fosters in the meantime. Temporary fosters are so important. Fostering is something they recommend for anyone who wants to adopt because they either fall in love with that animal or actually end up realizing that that specific animal is not for them – with time. It not only helps the animal but the person fostering the animal as well so they can end up choosing the perfect animal for them. It makes the animals more adoptable.

For more information on Shelter Chic please visit shelterchic.org or visit here to e-mail them. If patrons are interesting in adopting or fostering they can visit the links below. Patrons can also follow Shelter Chic on various social medias such as Instagram, Twitter, and Facebook.

A CITY ON PAWS