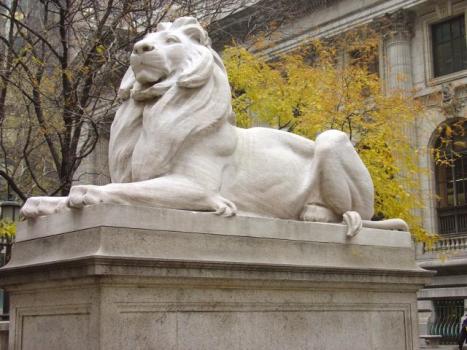 This year’s gala will commemorate the 50th anniversary of Truman Capote’s legendary Black & White Ball, and will feature a special performance by soprano and Library Trustee Jessye Norman. The event returns to the Library’s iconic Rose Main Reading Room after a two-year hiatus due to repairs and restorations. Lions will be the first event held in the space since its long-anticipated reopening.

In addition to getting an early look at the newly-renovated Rose Main Reading Room, guests in attendance will also have an opportunity to see a special collection of items representing Truman Capote and his iconic 1966 event, which will be on display, as well as select collection items from the 2016 Library Lions class — one that inspires them from the Library’s collections, and one that is directly connected to their body of work. Items that will be on display include: The Hunt-Lenox Globe from 1510, a printed broadside of the Declaration of Independence from 1776, a typescript of a W.E.B Du Bois essay on race relations, a William Butler Yeats manuscript, a draft of Colm Tóibín’s Brooklyn, and a composition notebook of Truman Capote’s Black and White Ball invite list.

NYPL’s 2016 Library Lions Gala begins with arrivals and a cocktail reception at 7:00 PM, and continues at 8:00 PM with dinner, program and a performance by Jessye Norman. For ticket information and pricing, or for information about sponsorship opportunities, please contact librarylions@nypl.org.