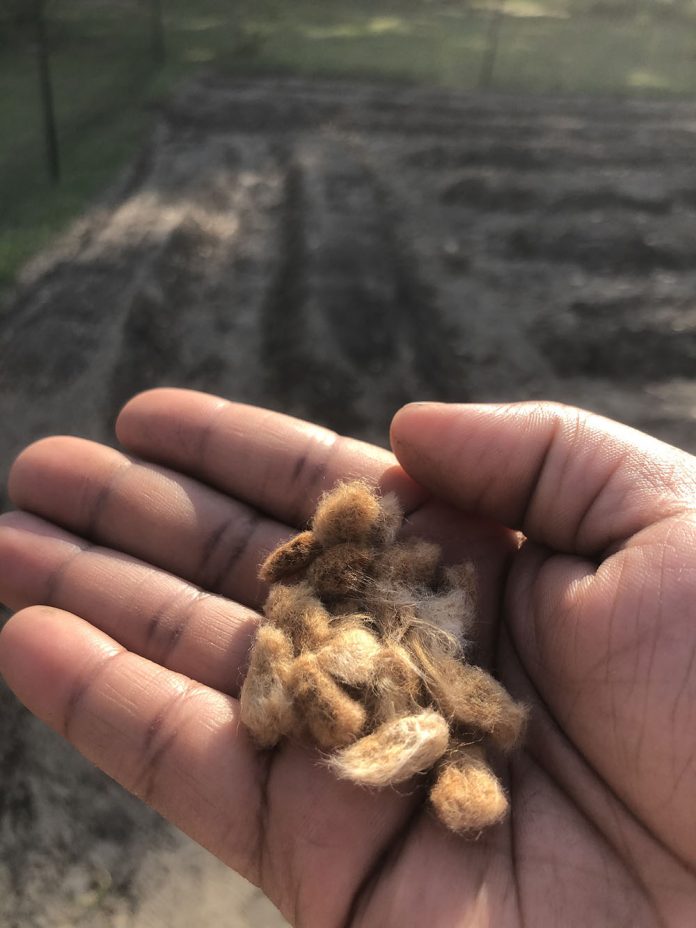 In the Foreword to Monica White’s book Freedom Farmers: Agricultural Resistance and the Black Freedom Movement, LaDonna Redmond writes, “The contributions of people of color and indigenous nations are missing in our understanding of food history. Our legacy has been erased.”

For Black History Month, GrowNYC will highlight partner organizations and people working to present a counternarrative, inclusive of the history and invaluable contributions of black farmers, agriculturalists, chefs, thinkers, and food advocates.

To put the extensive contributions of black farmers, agriculturists, and chefs in perspective, consider the Pigford v Glickman Lawsuit of 1997.

In 1920, there were nearly a million black farmers in the United States. That number plunged over the years due to decades of racial discrimination and the unlawful denial of loans to black farmers by the USDA.

In 1997, black farmers in the South filed a federal class-action lawsuit, seeking to end this legacy of bigotry – and they won.  Pigford vs. Glickman was settled in 1999. It was followed by another suit, Pigford II, which was settled in 2010.

Although the settlements reached into the billions, they are just a tiny drop in the bucket.

This 2019 article from the New Food Economy discusses the inadequacy. In addition to payout problems are the fact that the settlements resulting from the Pigford lawsuits deal only with relatively recent claims of discrimination resulting in refusal of loans and even foreclosure, “and none stretching back to the period of the civil-rights era when the great bulk of black-owned farms disappeared.”

LaChaun Moore took GrowNYC’s Whole Farm Planning course in 2018 in preparation for a move to South Carolina to cultivate organic naturally colored cotton for her “farm to textile” venture.

We recently asked LaChaun a few questions about her work and her influences. In her thoughtful response, LaChaun reflects on this notion of the land, dating back well before the Civil-Rights era.

GrowNYC: Is there a particular agriculturist, grower, chef, historian, etc. that influenced you?

LaChaun: There are quite a few, however, what has inspired me throughout this journey is my ancestors– the generations within my family as well as the many black bodies that were captured during the transatlantic slave trade.

My grandfather was my first introduction to agriculture. He and his five brothers were sharecroppers. I grew up hearing stories about how they had to steal away in the night to escape the Jim Crow South by pushing their car in the dark dead of night with the engine off until they made it to the main road where they took off to Philadelphia. They did this to avoid waking their sharecrop overseers who, in that era, were next of kin to slave masters.

My grandfather never farmed again, but when he ultimately settled in New Jersey he tended a beautiful vegetable garden on a plot next to his home. As a child, I was so amazed when he pulled carrots out of the ground. I believe that the garden represented a piece of the past that he held close to him.

GrowNYC: Cotton is such a beautiful plant with such a violent history here in the United States. What kind of reactions do you get when you tell people about your project?

LaChaun: This is a great question, but it is difficult to answer because each person’s experience will differ depending on who they are, where they come from and their personal circumstances and surroundings. For me, the South is full of energy, and that energy varies from place to place. For instance, I live in a very small rural community in an unincorporated city called Pineland, located in Lowcountry South Carolina. It is further inland but the Sea Islands known for the Gullah Geechee culture is no more than an hour away. The most recent census says the area is 90% African American.

Everyone that lives around me knows each other and is related in some way. That being said, about 20 minutes from where I live is a confederate flag monument. This represents the racial climate that is often covert. I haven’t faced or witnessed any atrocities in my interactions, but I can attest to the lack of development and resources in the overall South–specifically how it affects rural black communities.

The expression poverty is expensive is very real in the rural South, whether it be paying a premium for necessities like utilities and internet (which many people don’t have) or traveling for an hour or across state lines for a minimum wage job. The cost of living is low but the absence of opportunity is high. The lack of infrastructure has made it difficult to create generational wealth that can lead to independence and development within these communities.

The land that I live and work on was passed down through the generations from the Rivers brothers who were former slaves. Therefore, everyone living on the land is related and they collectively own it and the houses on the property. This is the reality for most rural southern communities. Although this is ownership there is very little development other than housing. The history of this land is one not to be confused with a plantation. I say this because many people make that assumption.

Plantations still exist, however, because they have so much land they are being converted into “private spaces” such as golf courses. This is problematic for several reasons but mainly because they keep the plantation aesthetic. These plantations are located in rural areas so they provide jobs, but these are hospitality jobs which, given the race and class structure of the South, eerily echo the past.

I’ve given these examples with hopes to convey the complexities and juxtapositions throughout the rural South that makes trying to pinpoint what land, property and agriculture “means” difficult.

When we talk about farming and working the land, specifically in the South, the stigma left by slavery still exists. However, I get the sense that native southerners’ relationship to these stigmas is different than those who’ve moved up north generations ago. Seeing cotton fields isn’t an oddity in the South. Many black Baptist churches are on land that grows cotton. The cotton decor is a staple in many southern homes, although what it represents in a black home differs from the very popular plantation aesthetic. I have certainly experienced aversion from people when talking about cotton but mostly before I moved down South.

Many people were warning me about the South and how dangerous it was and that the connotation of growing cotton as a black person was problematic. It was incredibly disappointing and discouraging in the beginning, but I didn’t give up and I kept researching.

Eventually, I learned about naturally colored cotton. Hundreds of varieties of cotton still exist today and it is believed that years ago there were thousands. Within those varieties are shades of cotton that grow in green, reddish-orange browns and even mauve pinks.

Very few people know that cotton grows in colors other than white, let alone the history of the plants’ origins. Cotton open pollinates, so naturally colored cotton can come from both cross-pollination over the years as well as manually cross-breeding plants. Crossbreeding is a skill that was brought to the US by the enslaved from West Africa whose efforts can be seen in various heirloom southern crops like rice varieties and sea island cotton.

It is believed that slaves used it for cloth as well as medicinal purposes. Naturally colored cotton has a rich history in various Indigenous Latin American countries, however, in the US black slaves and native Americans, were only allowed to grow it because plantation owners saw no value in it. The “value” has a lot to do with the fiber quality and genetics (which is why it still isn’t commercially viable), however the correlation to the people that cultivated it is one not to be missed.

This past year, on a small plot of land (less than a 1/4 acre) I grew Sea Island Brown Cotton (Gossypium Barbadense, native to South Carolina, crossbred by African slaves), Acadian Brown Cotton (Gossypium Barbadense, from rural French Cajuns in New Orleans, Louisiana), and Green Cotton (Gossypium Hirsutum, from Tututepec Oaxaca Mexico). I also grew Indigofera Suffruticosa that I sourced from a plantation in Charleston. This variety of indigo is the same variety that was a cash crop during slavery. Indigo carries the same painful history in South Carolina as does cotton through the South, However many descendants of the Gullah Geechee people use it as a symbol to honor their ancestors.

This is what being a farmer and growing represents to me as well. The pain, trauma, and destruction that happened in this country are at the fault of the system created by the founding fathers and plantation masters alike, not at the fault of my ancestors. My work is not to aestheticize their pain but to honor it and use their strength and resilience as a motivation to build upon.

I understand where the aversion comes from and why it exists, but I don’t think it should act as a catalyst to deter Black Americans from agriculture. In fact, I believe the inverse, keeping black folks out of these systems allows the underbelly of the American financial system which was built on slavery to continue to re-invent itself.

There is that saying the only way out is the way through. The South is our people’s land, and in this country cotton and indigo are our people’s crops. It saddens me to see how indoctrinated the vision of those who created these systems has lingered and continued to place obstacles in the journey towards empowerment through self-sustainability.

I‘ve learned plenty on this journey; I’ve grown closer to myself, who I am and where I came from. When you do things consciously, they take longer, which is why I understand how difficult getting this project off the ground has been.

But what I also know is that if my ancestors could make it through what they had to endure, then I know it is in my blood to push through as well.

Hear more from LaChaun on her podcast, Weave.