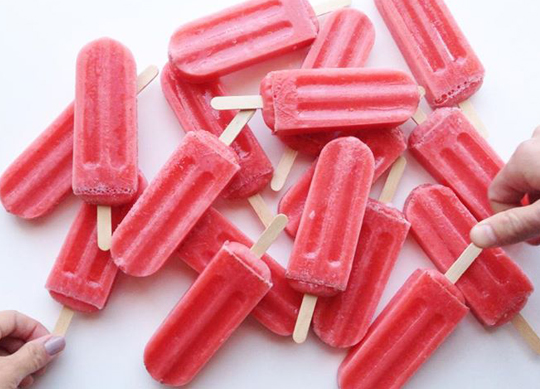 Times have changed. And guess what? So has ice-cream since the days of the Good Humor Man.

This delicious refreshment is made from fresh, local Texas ingredients, and sweetened with USDA-certified organic cane sugar or organic agave nectar. GoodPop’s non-dair, vegan options are 48-63 calories with flavors including Strawberry Lemonade, Watermelon Agave, and Hibiscus Mint. The dairy-based products range from 85-102 calories with flavors including Coldbrew, Coffee, Banana Cinnamon and Chocolate Milk.

And while GoodPop proves ice-creams aren’t what they used to be… the Ice Cream Man has also had a makeover. Good Pop’s Founder and CEO, Daniel Goetz is a young and charming guy from California who attended the University of Texas and developed a fresh new idea.

“We’re a small company, not only dedicated to making the best frozen treats on the market,” says Goetz. “We’re committed to having good, clean fun, supporting our local community, giving back and making people happy.”

One example of that policiy is Goodpop’s partnerships with non-profits and charitable organizations including Livestrong, the American Lung Association, the American Cancer Society and and the Make-a-Wish Foundation.

Since launching at Austin’s farmers markets in 2009, has become one of the fastest-growing frozen food treats in the Southwest. GoodPop can be found in natural and specialty retailers such as Whole Foods or Gelson’s, among others, in 15+ states across the Southwest, West Coast, Pacific Northwest and Rocky Mountain regions (see the whole list of retailers here).

They are planning a New York invasion in the near future. But in the meantime, GoodPop 4-Packs are available for purchase and order online at goodpops.com