Today, we continue our series with Classic Harbor Line, Female Captains. The newest Captain found her love for sailing right here in New York. How luck can take you places and find a love for a new career when you least expect it!

DTM: How did you get started in this line of work and where are you from?

Capt Diana: I’m originally from Central Illinois (think corn and soybean fields as far as the eye can see) so working in the maritime industry in NYC was the last thing I thought I would be doing.

DTM: What brought you to CHL?

Capt Diana: I lovingly say that sheer dumb luck brought me to Classic Harbor Line. I moved to New York to attend grad school for Occupational Therapy and my then-boyfriend, now-husband worked for the company and suggested that I interview. That was in 2012 and I haven’t looked back. 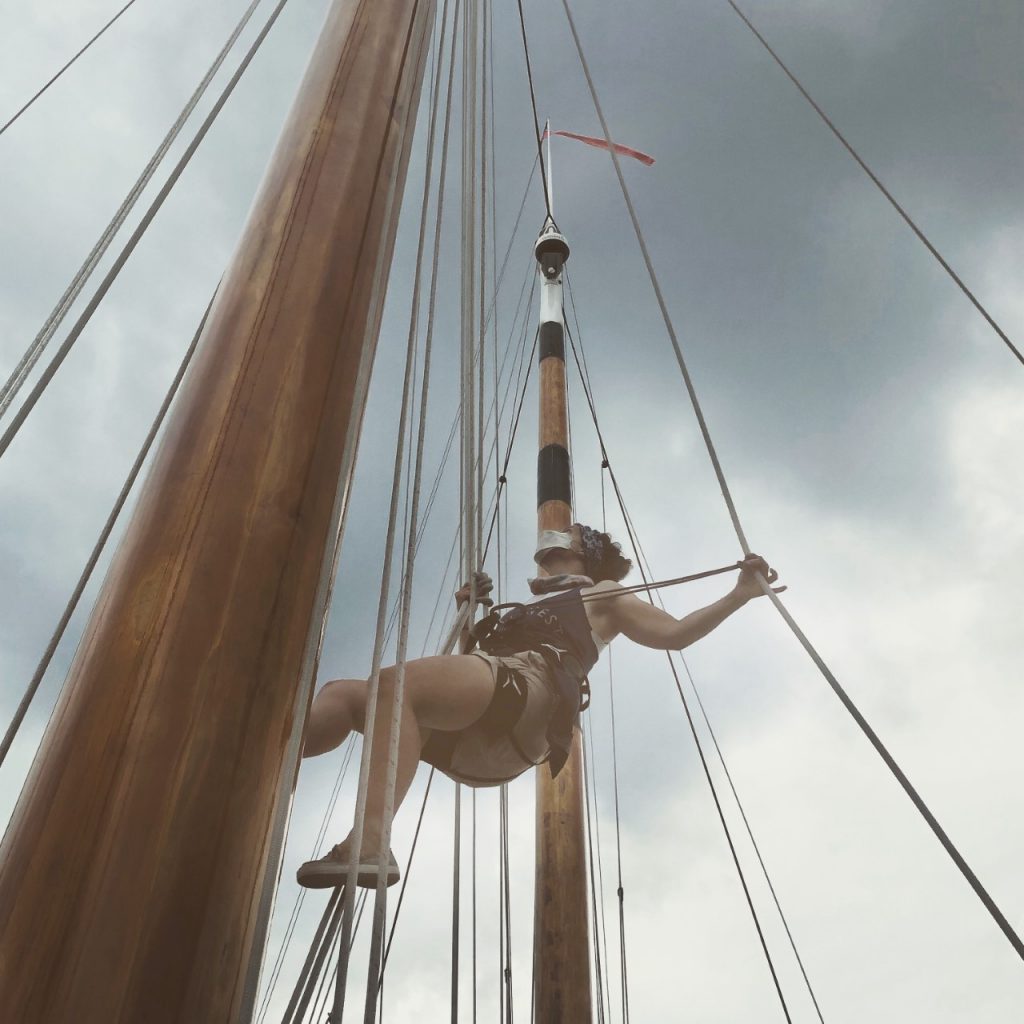 DTM: What type of education or updated education are you given with CHL?

Capt Diana: At a minimum, we conduct and/or attend monthly safety sessions for each of the boats we work on, but as a new crew (who was also new to sailing) I went through some serious on-the-job training in addition to self-study.

DTM: What is your favorite thing about working for CHL in New York?

Capt Diana: One of my favorite things is the sense of community among the crew. I came in knowing virtually nothing and even though it meant more work for the senior deckhands they were all willing to share their time and expertise to facilitate my training. The same was and is true as a captain too.

Capt Diana:  While I’ve had so many wonderful moments in New York Harbor, I don’t think I will ever forget my first solo trip on each of the boats I captain for CHL.

DTM: What is the most common misconception people have about being a Captain of a vessel in New York vs sailing the ocean? 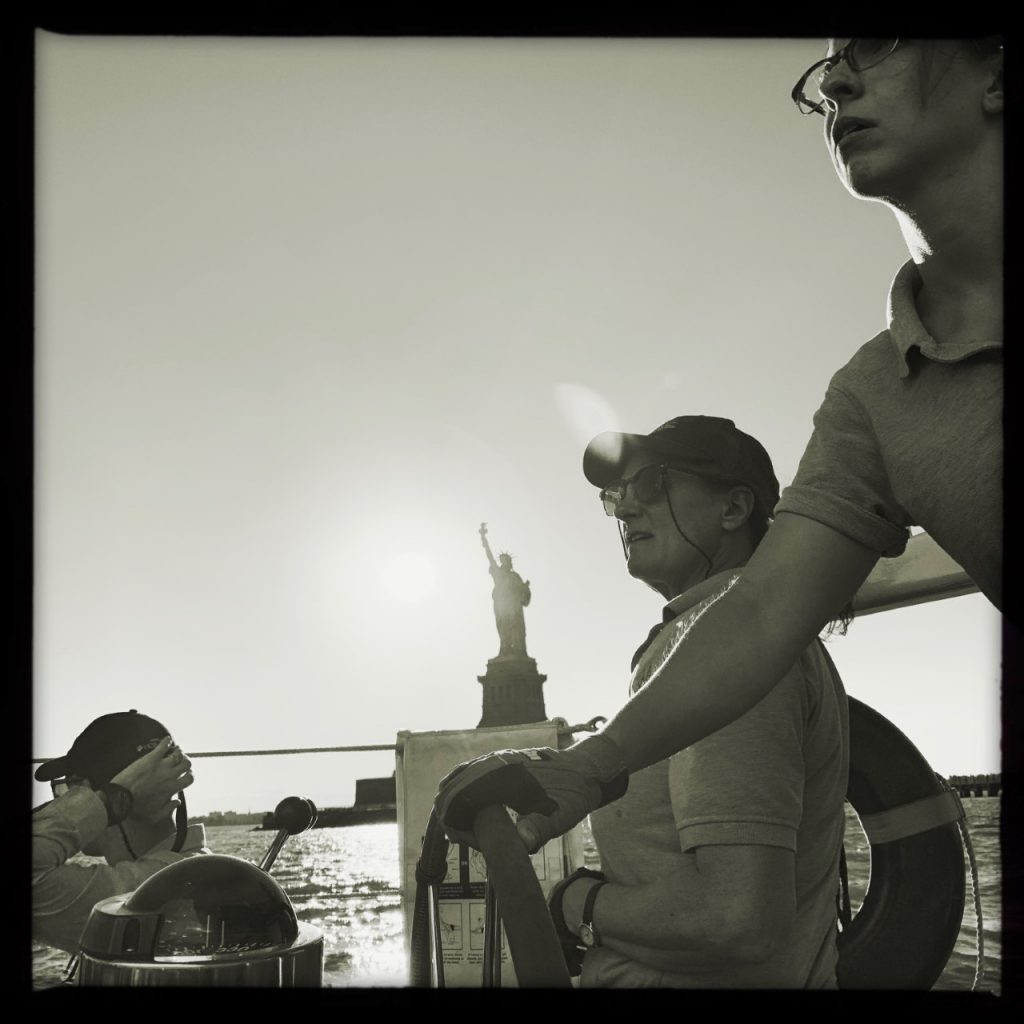 Capt Diana: I haven’t done any ocean sailing so I can’t speak to any of those misconceptions, but I am frequently surprised by the number of people who know that Manhattan is an island but are surprised by our active waterfront and the number of recreational water activities that NYC has to offer.

DTM: Do you ever get bored with sailing the same route?

Capt Diana: The route might be the same each time, but between the passengers, traffic, wind, and current each trip is different. Plus, I get a unique view of NYC’s ever-changing skyline.

DTM: What makes a good captain?

Capt Diana: There are so many things that make a good captain, but communication and trust are two that are top of mind.

DTM: Is there a difference between being a captain for sailing vessels vs motor yachts?

Capt Diana: Captaining a boat and motor yacht both require a similar skill set; however, our schooners are much more at the mercy of Mother Nature, so we pay a great deal of attention to things like wind speed/direction and the tides. Additionally, the schooners have a lot of moving parts and the captain has direct control over only a small portion of them which is quite different from the yachts and what makes communication so important.

DTM: What’s the last thing you do on your ship before you depart for the day?

Capt Diana: I do one last visual inspection of the boat and dock to be extra sure that everything is safe, stowed, and secure.

DTM: Because we are Downtown Magazine, what is your favorite place in Lower Manhattan Chelsea to the Battery to just get away and relax?

Capt Diana: I could spend hours in Battery Park just watching all the boats go by and catching a sunset over the Statue of Liberty from the land.

DTM: Tips, I’m all about tips for the crew. It’s very important to show your gratitude, they work so hard in such a short time, why is it important to tip?

Capt Diana: The CHL crew works tremendously hard before, during, and after each trip to look after passenger safety and comfort, not to mention proper handling of the boat. The sails don’t go up and the drinks don’t go out without the crew and while they’re doing all of that they also act as lookouts and assist with other tasks for the captain.

DTM: What’s the best advice to give new captains when working with the public?

Capt Diana: I’m still a pretty new captain myself, but for what it’s worth I try to reflect on something that went well and something to work on for next time. Also, it’s okay to be nervous-trust your training.

Captain Diana has been with Classic Harbor Line New York (CHL) since 2012. First as part of the sales team, then as crew, and now as captain. In 2018 she earned her USCG 100 Ton Master with Sail Endorsement. In her eight seasons with CHL, she’s passed by the Statue of Liberty well over 1,000 times. While NYC is home, she’s found a way to work at least one shift in three of CHL’s four locations on all but one of CHL’s 10 vessels (Sloop Eleanor in Newport, RI, would check all the boxes). When she’s not on the water you can find her exploring NY’s city and state parks with her dog and husband.

Reasons Why You Should Upgrade Your Engagement Ring