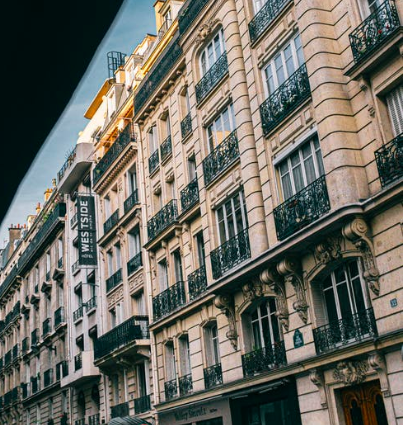 Long before online streaming and binge-watching, both TV shows and movies, are the way most spend our evenings. Sitcoms were the “it” form of entertainment as many rushed home after a long day at work, possibly gathering at friend’s apartments for a take-out and TV show gathering. This was a time when every family member was glued to their TV after dinner to catch up on their favorite show.

One of the most popular sitcoms at the time was a show called Friends. This show went on for more than a decade, totaling 236 gut laughing, real-life episodes. Friends enjoyed one of the highest ratings to date, even in a time filled with new content and even more shows for the modern family to enjoy.

There was more to Friends than just the laughs. It was a show that combined entertainment, life lessons, and influenced different cultures in many ways. For example, throughout the over 200 episodes, the show revolved around friends spending most of their time in Monica Geller’s apartment, which was located in the West Village of New York. Monica was a chef, but how did she manage to pay rent for this spacious apartment remains a mystery, more than 25 years after the first broadcast.

How Monica afforded her apartment

The expensive apartment Monica rented was inherited from her grandmother after she relocated to a retirement home in Florida. According to the show, Monica’s grandmother’s rent was rent-controlled at $200, the same amount she’d been paying since the 1940s.

Rent-controlled is still intact today, the rent control policy was enacted in 1971 by the then US President Richard Nixon. The policy prevented landlords from taking advantage of housing shortages in several US cities, for example, Florida and New York, cities with high rental populations.

Monica’s apartment was a large two-bedroom, with a spacious living area. It came with a storeroom and a storage unit. The walls were painted in purple which was the color of the time, and the kitchen included modern cabinets. This was considered a luxury for a $200 per month apartment, considering the large space, estimated at 1500 square feet. Definitely, larger than an ordinary 2-bedroom apartment in any large city.

Real estate experts estimated Monica’s apartment to cost upwards of $3,500 per month then and in today’s market, a real estate broker would estimate it at around $14,000.

If the property was to be sold in the current market, it would cost well over two million-plus, especially in the West Village, one of New Yorks’s premier real estate areas.

How an ordinary cook could afford to live and host her friends in such a high-end apartment? Rent control and a lot of great friends as roommates to share in the cost.

This was where this group of young adults became great FRIENDS and enjoyed their youth in New York City, one of the greatest cities in the world.