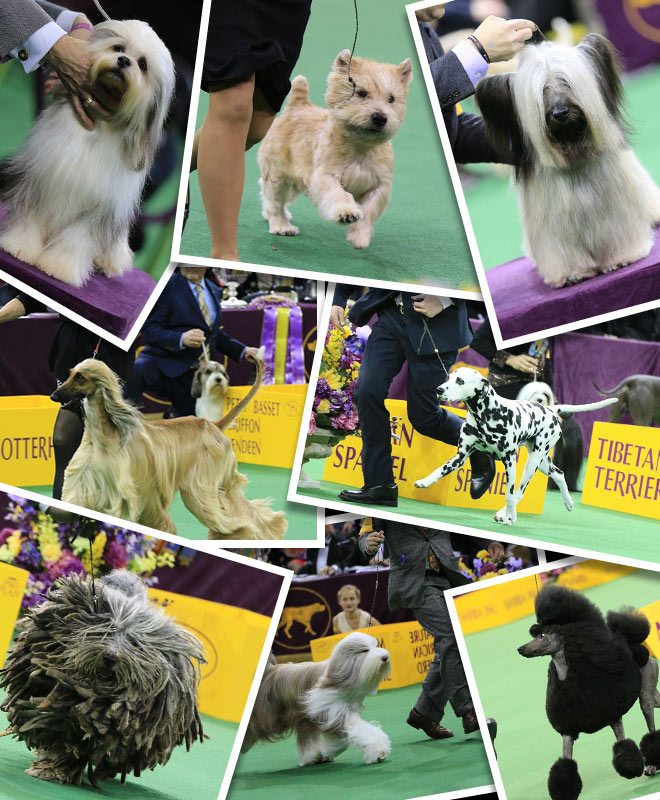 With little more than a month until the world’s top dogs converge upon New York City’s Madison Square Garden to vie for the coveted title of “Best In Show,” FOX Sports has named its team of broadcasters who will present the Westminster Kennel Club Dog Show. Also announced were the announcers calling breed judging on FOX Sports GO and Nat Geo WILD and the Master’s Agility Championship on FS1, combining to make 2017 Westminster Week the most widely covered in the event’s illustrious history.

Westminster Kennel Club Director of Communications Gail Miller Bisher provides expert analysis of the breeds alongside FOX Sports veteran announcer Chris Myers during the Westminster Kennel Club Dog Show on Monday and Tuesday, Feb. 13 and 14 on FS1. Bisher brings to the telecast more than 30 years of experience in the dog world as a handler, writer and spokesperson. An AKC-licensed conformation judge, her background spans conformation, obedience and earthdog trial competitions. Myers has been a member of the FOX Sports family since 1998 and has called NFL, NASCAR, MLB and more for the network; this February, he will be part of FOX Sports’ Super Bowl coverage for the fifth time in his career.

Also contributing to FS1’s inaugural coverage of the Westminster Kennel Club Dog Show are social media and backstage correspondent Katie Nolan, backstage reporter Karyn Bryant, and host Jenny Taft. Nolan — host of the Emmy Award-winning original program Garbage Time With Katie Nolan — will be backstage with the dogs and their handlers as they get ready for their moment in the spotlight and monitors what’s trending on social media. Bryant is also backstage and interviews the winners, while Taft sets the scene for viewers leading up to the action on the arena floor.

Play-by-play announcer Justin Kutcher, analyst Terry Simons and reporter Jennifer Hale will return to call the Master’s Agility Championship at Westminster. Kutcher will be joined by Paula Nykiel and Jason Hoke to announce breed judging at Piers 92 and 94, while Rachel Bonnetta serves as a FOX Sports Digital correspondent during breed, group and Best in Show judging. Nykiel and Hoke are both accomplished judges whose credentials include Hoke’s appointment as Toy Group judge at the 140th Annual Westminster Kennel Club Dog Show and Nykiel’s position as Sporting Group judge at this year’s event.

For more information, including biographies and photography, please visit www.foxsports.com.