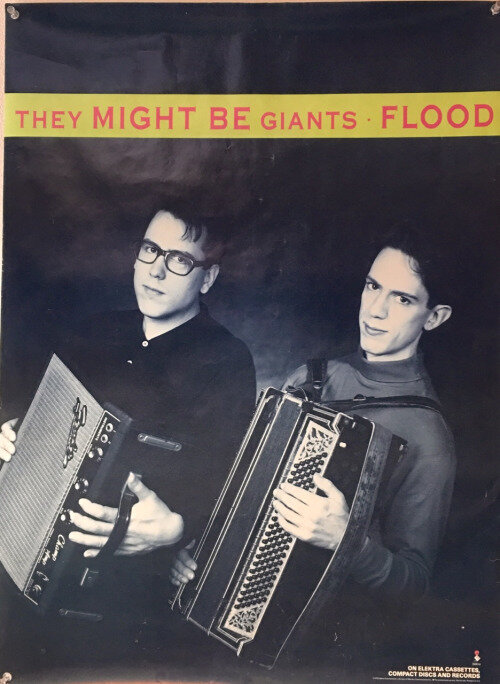 Scene: the deli counter at a small grocery store in Central Pennsylvania. I am seventeen and bored with the radio selection: nothing but dad rock and morose country for the next four hours. My boss is out for the day, so I sneakily switch to the college alternative station, the one that plays stuff I like.

I’m slicing tomatoes for hoagies when a bizarre tune comes on, a nasal voice with an accordion. What on earth is a Particle Man? I laugh at the renegade Amish teens wandering through the store, also listening to this mad song. One stops at the counter and says shyly in her Pennsylvania Dutch accent, “I like this music.”

I crane my neck, trying to hear the DJ say who this weird band was. Something Giants. Damn. The band’s identity was gonna take some FBI-level investigation, because there was no way I’d be allowed to call the radio station long distance. In the days before internet, any musical exposure 90s teens in my town had was introduced by radio, bootleg cassettes from cool older siblings who’d escaped, or word of mouth. Then you’d have to make a 40-mile journey to Sam Goody at the mall, or a mail-order catalogue, if you were hip to the lists.

Maybe next time, I sigh, as the boss returns. I switch the radio back to dad rock.

A few days later, a classmate, my MORTAL ENEMY, starts singing Particle Man in English class. I whirl around.

“Justin. TELL ME PLEASE! What band is that?” I grovel in adolescent histrionics, near ready to slam my fist upon his graffiti-ed desk, like Sam Spade, or Columbo.

“They Might Be Giants,” he replies, slowly nodding. From that day forward, we call a silent truce in our cold war. Real ones know, as they say. The next mall excursion involves buying the coveted cassette of Flood with that hoagie-assemblage cash and indoctrinating my younger sister.

From there, I succumbed to the obsession most teen girls ascribe to musical heroes, but as most of my peers wallowed in Pearl Jam or angrily screeched along to Alanis, I latched onto …the Johns. John Linnell, with the accordion and mane of hair. John Flansburgh, with the black glasses and Fred Rogers cardigans. Sure, they were adorable, but they understood what it felt like to be a specific kind of misfit loner; the kind of kid who builds a time machine on the road less travelled. They wrote songs about James Knox Polk (which Justin and I sang to our amused history teacher), making wax recordings at the Edison Museum, and waxing poetic from the perspective of a canary-shaped nightlight. Whoever they were, they were my kind of fun. 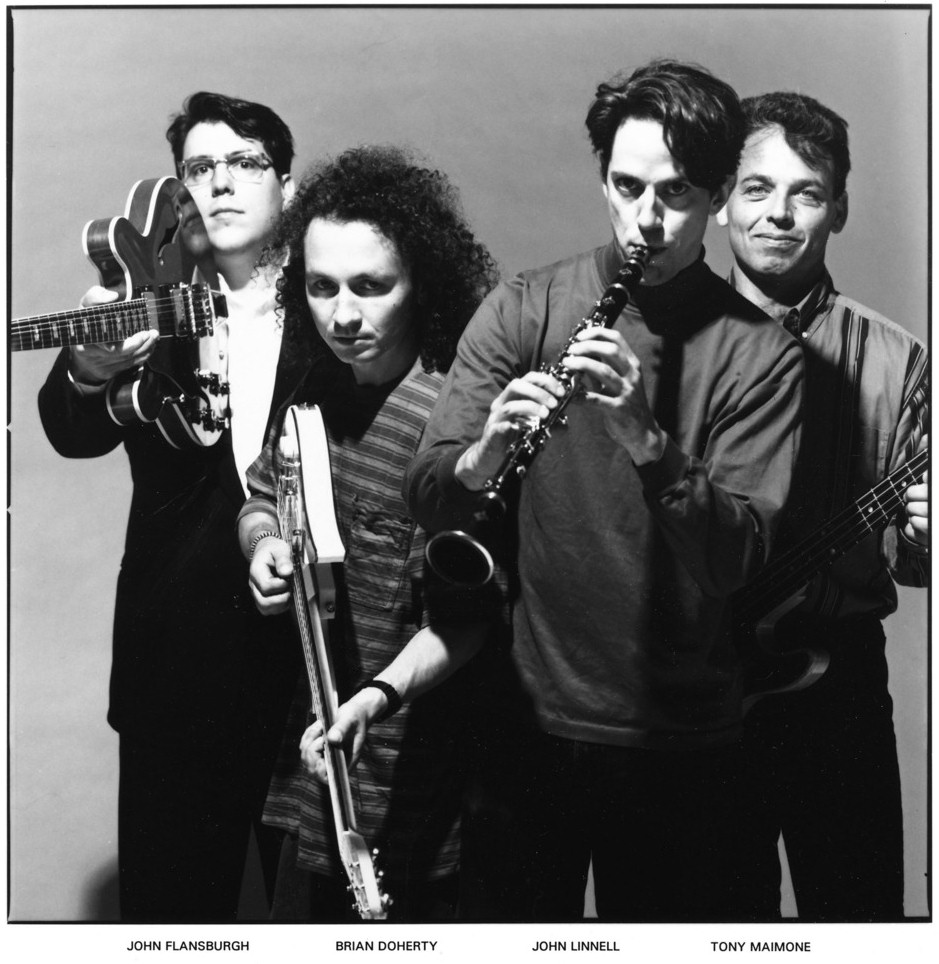 I went to the local library to log onto the internet, patiently waiting twenty minutes for a photo to download and print to hang up in my locker. The only media mention I could find of TMBG was something in an old issue of Sassy. Suffice to say, the enigmatic lyrics of the band were catnip to my cerebral little soul, a strange secret until I started college. I’d comb over their poetry, writing ridiculously detailed lyric analyses for English 100. My instructor coolly mentioned she once worked with the wife of one of the Johns. Did she know at the time she was in the presence of ROYALTY? I wondered.

Then, sophomore year, I finally found my clan. One day in drawing class I noticed this guy Sean doodling the Johns on a notebook. I was delighted to have someone else to talk to about They Might Be Giants and we became friends. Later that semester, TMBG announced an appearance at a neighboring university, and we decided to go. This decision changed my life.

A whole gaggle of Sean’s friends joined us. One fellow attendee, Stef, ended up becoming my first housemate, and we later paid tribute to TMBG with a zine called Exquisite Dead Guy. I switched majors to Integrative Arts so I could direct my own music videos. Sean did an amazing cel animation for Minimum Wage off Flood, which set him off on an exciting new path in his career.

They Might Be Giants’ 2001 show in Pittsburgh was the first concert I ever photographed. They inspired me to create videos, strange illustrations, and experimental sound recordings. I even purchased an accordion on eBay, patiently teaching myself Particle Man and Bauhaus’s Bela Lugosi’s Dead. God, I wanted to be as cool as John Linnell.

Since officially forming in 1982, They Might Be Giants has spawned generations of fans through their unique artistic expression and a drive to experiment. No one else sounds like them. Originally native sons of Massachusetts, They Might Be Giants are a product of a faded, grittier New York City. Their classic videos now serve as time capsules for the ’64 World’s Fair Pavilion in Corona Park, the Chelsea Piers, and Bethesda Fountain in Central Park, but the band remains constantly innovative. They embraced the internet quickly, and their passionate cult following helped boost their popularity by the end of the 1990s. The power of crowdsourcing reared its head for the first time in 1998 when TMBG fans hijacked an early online poll by People Magazine, voting John Linnell as #9 in “The Most Beautiful People.” (He was beaten by Madonna and Hank, The Angry Drunken Dwarf.)

“It has been suggested that the internet might be a good way to vote for our elected officials,” Linnell responded in an op-ed piece for The New York Times. “If my experience is any guide, though, it appears there are still a few bugs to be worked out before you’ll be able to elect the next President while sitting at home in your underwear, unless you want Shecky Greene running the country.”

By the 2000s, They Might Be Giants finally hit its stride in the mainstream, and found a new lease on their longevity as the duo scored music for cartoons and television. Their child-friendly ditties suddenly became the soundtrack for the babies of alternative Gen X.

The Johns still regularly crank out new music and tour, selling out venues. Their upcoming show at Bowery Ballroom is already sold out, but they’re still a regular fixture in the Big Apple and beyond. The band agrees that the gateway to their music tends to be their seminal album, Flood – an apt name for the tsunami of fans it generated.

And Sean from art class? He ended up directing a couple of darling animated music videos years later for They Might Be Giants. Never say you can’t live your youthful dreams, friends. Especially with such great artistic mentors.

Thank you for thirty years of Flood, They Might Be Giants. May your “2040 World Tour” shirts come true.

Music Pioneer Gary Wilson Finds Himself In The Twilight Zone