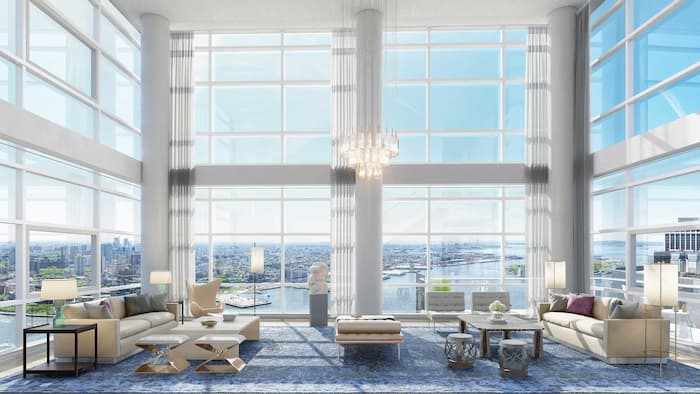 In the media’s storm of information, it can be hard to catch it all. With LinkedIn, Twitter, Facebook, and so many other great sites to share and link, Downtown wants to share the great sources of media and their stories with our readers. Today we found this great article by Kevin Brass of Financial Times from May 6th, 2016.

Real estate in New York has become a one up. The market is highly competitive and realtors everywhere are coming up with their own spin on how to sweeten the deal and get the sale. While working hard New Yorkers want to enjoy their homes and as buyers they’ve become more selective, which means the realtors have to up their game and make a name for themselves.

Kevin Brass talked to NYC realtors about this trend and reports:

It comes at a time of transformation. Construction cranes are in almost every neighborhood of downtown, or Lower Manhattan, with dozens of hotel and retail projects in development and new residential skyscrapers reshaping the skyline — and pushing already record residential prices through the roof.

“Lower Manhattan is getting a facelift,” says Frances Katzen, of agents Douglas Elliman Real Estate. And it’s an expensive one.

Thirty-one residential towers with more than 5,000 homes are in development in Lower Manhattan, according to the Downtown Alliance, a local business group. At 30 Park Place, an 82-story tower a few blocks from Calatrava’s new station, a new duplex apartment with more than 6,000 sq ft of living space is listed at $32.5m through Corcoran Group Real Estate. A few doors down, Soho Properties is developing 45 Park Place, a 70-story condo project, with the cheapest apartments expected to sell for $9m.

Thanks to high-end projects such as these, downtown is one of the hottest residential markets in Manhattan. Since 2013, the median sales price for condos has jumped 77 percent to $2.43m, says Jonathan Miller, chief executive of appraisal firm Miller Samuel. The condo market in Manhattan as a whole rose 54.4 percent to $1.845m over the same period, he says.

So why aren’t agents and developers popping champagne corks over Wall Street? Analysts say the market has shifted in recent months and sales for the priciest apartments have stalled dramatically. In the first quarter of 2016, the number of deals for apartments priced over $4m dropped to their lowest level since 2012, according to data tracked by Olshan Realty.

“Too much was built in a narrow, high price bandwidth,” says Miller. Suddenly, Manhattan is awash with lavish penthouses, each with so-called “spectacular views” and “one-of-a-kind amenities”. According to Trulia, the property listings site, more than 700 apartments priced in excess of $10m are on the market in the borough. The reality is that sellers have been forced to discount and deal with the most expensive units.

Of the 261 penthouses for sale in April, the prices of a third of them had been cut by an average 10 percent, according to a study by listings site StreetEasy and The Real Deal, an industry magazine. The owner of a 12,500 sq ft apartment with floor-to-ceiling windows on the 27th floor of the Atelier building in Hell’s Kitchen in Midtown, priced at $50m, is offering to throw in a Lamborghini, season tickets to the Brooklyn Nets basketball team, a private chef and butler, and the use of his mansion in the Hamptons for the summer.

In Chelsea, the asking price for a 5,995 sq ft penthouse in Walker Tower, a refurbished art deco project, fell from $70m to $55m in the 10 months to March, according to StreetEasy. In SoHo, a 5,912 sq ft penthouse with a private rooftop deck has been on sale for almost nine months and the price has been reduced from $26.5m to $22.5m.

Ultra-high-net-worth individuals are feeling the impact of the roller-coaster stock market, low oil prices and a rising dollar, says Pamela Liebman, president of Corcoran. For high-end condo buyers, “there is no sense of urgency” to purchase, she says. Investors from China and the Middle East are still active, but there has been a drop-off from other regions, she says. “It’s the Russian and South Americans that have gone away.”

With so much on the market, high-end buyers are getting picky. They are rejecting apartments if they don’t offer the right floor plans, the best views or a prestigious address, says John Burger, a broker at Brown Harris Stevens.

In particular, Lower Manhattan faces stiff competition from new super-tall, super-high-end, residential towers in Midtown. In 2014, on a stretch commonly referred to as “Billionaires’ Row”, a few blocks from Central Park, the penthouse at One57, a 90-story glass tower, sold for $100.5m. A few blocks away, the 96-story 432 Park Avenue, the tallest residential building in the world, was completed in December. “I don’t regard [Billionaires’ Row] as a blue-chip location,” says Burger. “To me, ‘blue chip’ is being on the perimeter of Central Park.”

So far, the high-end slowdown has had little effect on the rest of Manhattan, says Gregory Heym, chief economist at Terra Holdings, a consultancy. “Most indicators are still showing it’s a sellers’ market,” he says. “Smaller apartments have been a hot commodity.”

Developers seem to have taken note. Extell Development, which built One57, is now focusing on One Manhattan Square, an 80-story tower on the Lower East Side offering more affordable homes — in Manhattan terms, at least. The bulk of the 815 apartments are priced between $1m and $3m, says Gary Barnett, a principal at Extell. “There is a big shortage at that price,” he adds.

Lower Manhattan is, in any case, generally more affordable than Midtown. Even in the new towers, condos can be found in the $1m-$4m range. On the waterfront, 1 Seaport, billed as the “first all-glass residential tower” in the district, a 698 sq ft one-bedroom apartment with views of the Brooklyn Bridge is listed at $1.325m, through StreetEasy.

The buyer demographic is different, too. Downtown buyers are more likely to be from the US; only 15 percent of buyers are from overseas, says Miller, against 50 percent in Midtown. Because they are typically from the financial and tech industries, they want to live close to work, rather than looking for a second home or an investment, says Katzen of Douglas Elliman. “It’s such a different audience,” she says.

A city gets hot to yachting

As developers push Manhattan’s skyscrapers ever further into the clouds, at sea level there is a swelling yachting community, writes Melissa Lawford.

“We’re all New Yorkers, so it’s different to a [typical] resort community,” says Michael Fortenbaugh, who founded Manhattan Yacht Club in 1987. The club has a younger demographic than most, with many members in their 30s and 40s sailing and socializing after work. “It’s a city that never sleeps and our club reflects that,” he says.

For a time, few people sailed in the harbor. Starting the MYC was “entirely revolutionary”, says Fortenbaugh, who helped to engineer the recovery of the club’s former home, North Cove Marina near the World Trade Center, after it was almost completely destroyed on 9/11.

Since the MYC’s lease ended in 2014, North Cove has been managed by Island Global Yachting Marinas in association with Brookfield Property Partners, which owns the nearby waterfront plaza. Today, most of North Cove’s berths are occupied by international clients that are passing through, says Eric Sweetser, the dock manager, but about 30 percent are in local hands.

The marina will see a great deal of action this weekend when it hosts an America’s Cup race, the first one in New York for almost a century. Six yachts will race down the Hudson for a chance to compete for the oldest trophy in international sport.

The cup is named after a yacht called America, which won a race around the Isle of Wight in 1851 representing the New York Yacht Club. The club no longer has marina facilities in the city, but members maintain a social scene from its landlocked clubhouse on 44th Street. The building was donated to the club by former club commodore JP Morgan, the financier, and its members have included former president Franklin D Roosevelt and former New York City mayor Michael Bloomberg.

• Many older Manhattan buildings are co-ops, where prospective buyers must apply to current owners for permission to buy an apartment

• Building maintenance fees and common charges for condos in Manhattan are among the highest in the US. For example, the monthly charges for an $11 million two-bedroom midtown condo are listed at $5,600 a month.

• Agent commissions typically amount to 5%-6% of the purchase price, split between the buyer’s agent and the seller’s agent. But the fees are often negotiated, especially for high-end homes

What you can buy for …

All credit goes to Financial Times and Kevin Brass.