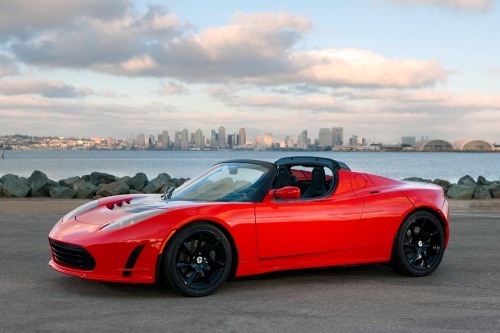 When thinking about moving around New York City, the last thing that comes to mind are electric vehicles as conveyance. But to everyone’s surprise, electric vehicles, or EVs, are making a breakthrough. With their rechargeable batteries, zero emission and lower maintenance costs, electric vehicles seem to be the solution to our pollution and traffic problem.

One of the biggest players in the EV movement is Tesla Motors which has two production cars currently available. The first car, the Tesla Roadster, was voted as one of TIME Magazine’s “Best Inventions of 2006 in Transportation” for being able to travel more than 200 miles on a single charge. With a 0-60 time comparable to Ferrari in under 4 seconds, the Tesla Roadster gets an A in acceleration. The price range for a Roadster can go anywhere from 50,000 to 75,000, available in thirteen different colors. Tesla Motors’ second production vehicle is the Model S, a mid-sized sedan with up to 265 miles of range on a single charge with a capacity up to 7 passengers (two rear facing seats in the trunk included). The Model S presently has a starting price of $69.900 and goes up depending on the battery desired, as well as the add-ons you wish to purchase. For the fall of 2015, Tesla Motors will be ready to release a full sized crossover of these two production cars called the Model X. This vehicle promises to enable all-season and all-road capabilities with its double motor installation, increasing torque and traction. Projects for its manufacturing will commence early next year; however reservations are a go as of now. Several other car companies are also trying to create comparable EVs in order to keep up with the gas-to-electricity transition. Mercedes recently came out with the 2014 Mercedes-Benz SLS AMG Electric Drive which has a sleek look as well as 751 hp at the wheels. The SLS AMG Electric Drive has a top speed of 155 mph with a range of 120 miles of range between charging. BMW has also released its first EV called the BMW i3 which has a range from 70-110 miles but comes with an optional gas engine which can add another 75 miles of range.

The Nissan Leaf has also joined the electrical movement but has been shed little to no spotlight. This compact hatchback has been on the market for about three years and is available in 35 countries. The Leaf has a range of about 120 miles and only for about $28,980 which makes a great first electric vehicle. With the increased concern for the environment as well as rising gas prices, New Yorkers are slowly switching over to EVs. But the increase of EVs requires increase of charging stations. A new website called PlugShare.com gives you a map of charging stations that are in your selected area and indicates which are being used or not. In New York City, parking garages are being outfitted with charging stations and designated parking spots for these electric vehicles. Other websites like BeamCharging.com sell $98 Unlimited monthly charging plans or a Pay-As-You-Go plan which charge you $0.49 per kilowatt-hour of charging at their locations.