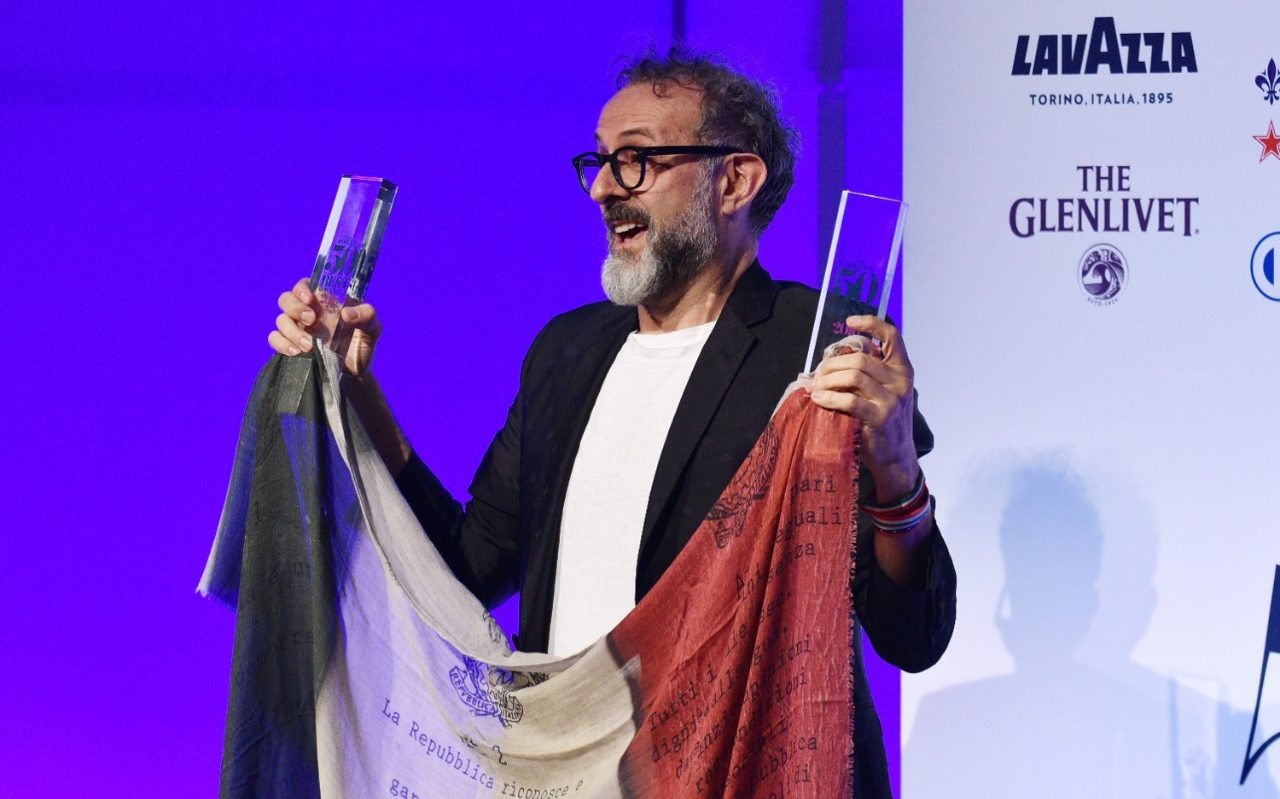 Yesterday afternoon, two editors from Downtown had the privilege of attending a celebratory event at Eataly in Midtown. Chefs claiming the highest accolades — such as Mario Batali, Alain Ducasse and David Scabin — came together with friends and members of the press to celebrate a prestigious victory for Massimo Bottura and the whole country of Italy.

After holding the place of the #2 restaurant last year, and #3 the year before, on Jun. 13th at the “World’s 50 Best Restaurants” competition, Massimo Bottura’s restaurant Osteria Francescana in Modena, Italy finally received the title of best restaurant in the world.

Massimo said, “it’s not about work it’s about passion.” As he spoke yesterday afternoon, Massimo’s passion seeped into ever corner of the small Eataly conference room. He spoke about his decision to pursue cooking instead of following his dad’s wishes to attend law school. Massimo boasted he told his dad, “I will get three stars.” Creativity, knowledge, culture and technique allowed his life goal to become a reality. Massimo humbly explained how he hung his Michelin Star adorned jacket on the corner of his bed for a month, just to prove to himself he had really done it. Massimo thanked his incredible team and most of all, his wife Lara Gilmore. On Jun. 9th, 1993, Massimo and Lara both began work at a small Italian restaurant in Soho on the corner of Grand and Mercer. Massimo is clearly as enamored with his wife as he was 39 years ago. Massimo attributes much of his success to his partnership with Lara, “she opened my mind to art, I didn’t understand contemporary art, it’s not just what you see, she told me to put a little poetry in your mind. She walked into the door of my brain and never left.”

Laura jokes her job is, “catching up with Massimo.” Lara said yesterday, “it has been 23 years of adventure and today we are celebrating a victory for Italy.”

Now that Massimo has won the greatest title, he said he feels he has the opportunity to think about the future, and the future or art and cuisine in Italy. Who knows what is next for the esteemed chef? Perhaps a university or a recipe book? Massimo declared, “what interests me is the future.” The chef’s final words of advice to all, before individuals in attendance enjoyed aged parmigiano reggiano, fresh fruit, focaccia and samples of spaghetti, was to, “go slow like a dream. Travel with your eyes open to absorb many different cultures until you know everything, then forget everything. Never forget where you are from”

Massimo Bottura’s journey to the top is thoroughly documented on an episode of Chef’s Table available on Netflix if you are interested in learning more.