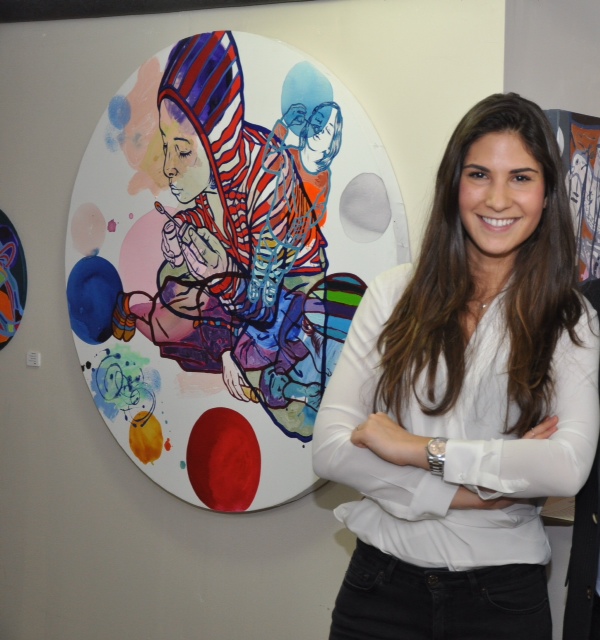 The exhibition opening was a great success for both artists, who are introducing Eastern European contemporary art to the art world in New York. Nora has earned acclaim by using transparency in her technique. It serves as an interplay between human needs and material values, positioning seemingly banal everyday life upon the dream world of the commercial.

Edes photo-based work has always confronted problems of politics, race and class. This show includes more of his recent work, which features collaboration with Chinese painters who paint his photographs, which he then modifies, but keeps the social realistic style of the Chinese painter.

The exhibition was curated by Sara Molnar and is on view till March 30th at the Underground Gallery at the Little Fox Café in New York.