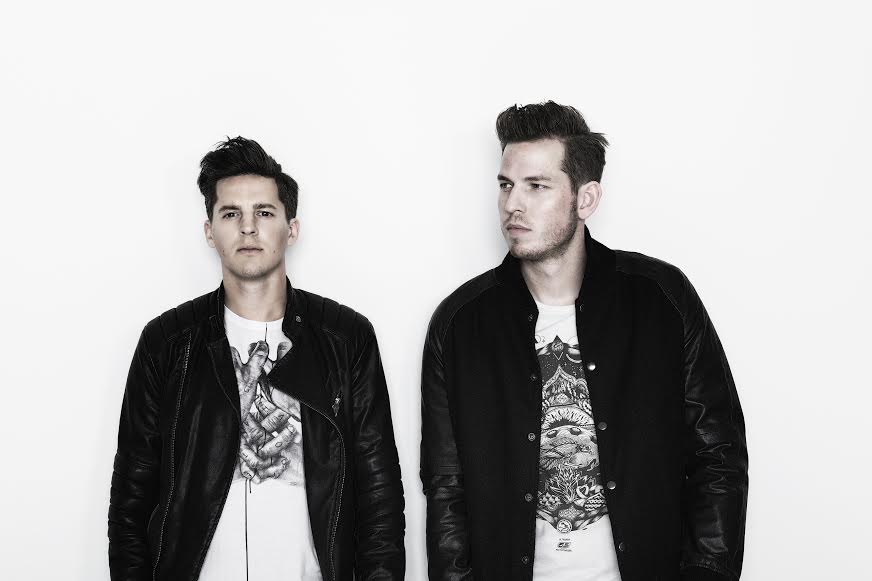 Comprised of duo Jurre van Doeselaar and Tim Smulders, Firebeatz has rapidly made their way to the top in the electronic dance music industry. They were recently ranked among the Top 100 DJs in DJ Mag’s latest poll, and have worked with other huge names in the industry, such as Tiësto, Martin Garrix, Calvin Harris and Sander van Doorn, just to name a few. They recently wrapped their festival circuit, playing at the Electronic Daisy Carnival (EDC) Las Vegas, Tomorrowland, Mysteryland and the ADE festival in Amsterdam. In addition, the duo have their own radio show, called “Firebeatz Radio,” airing on SoundCloud that is available to fans all around the world, bringing a weekly dose of distinct, yet hot and energetic tracks and mash-ups.

Though festival season has officially wrapped, Firebeatz is still making their way around the world playing at exclusive venues for those eager to hear their one-of-a-kind set. Their single, Go, is another staple track that was released on Sept. 14, which fans can expect to hear at their upcoming gig at Marquee NYC on Nov. 7. In addition, their most recent single Ghostchild was just released on Oct. 23, and fans can also expect new music on Nov. 16, with the debut of a new single called Tornado. All in all, Firebeatz is churning out the new music in anticipation for their upcoming shows.

During my chat with Jurre about the show, he revealed what fans can expect from their New York show (Dear New York will definitely be a highlight), as well as talk about doing mash-ups of classic songs and future collaborations with other artists.

Tickets to the event are available here, and more information on Firebeatz can be found on their website.

So just before I start, I wanted to say congrats to you guys for being named in the DJ Mag’s Top 100 DJ poll!

That must be a really great accomplishment for you guys.

J: Yeah, second time…it’s good to be on the list!

Just to start out, where did the name Firebeatz come from? I’m curious.

J: Well, it’s kind of funny. It’s a Dutch saying. When we made tracks at the beginning, it started off with being as loud as the fire marshals, the firemen, and then we had to come up with a for name ourselves, and we were like we should do something with fire, and then we came up with Firebeatz actually, and then we added the Z to make it a little bit cool (laughs).

I mean it’s very fitting, very fitting for you guys. (laughs) Besides your music, is there something you wish more people knew about you guys?

J: Yes, well actually, we are both always in the mood for good food. We’re always trying to get local food from everywhere around the world. And we were thinking about that, like maybe bringing a camera crew or something, and make it known for people around the world, so they can enjoy the food.

I heard you guys just wrapped at ADE a few days ago. How does playing at huge festivals with other notable DJs compare to playing at smaller, more intimate gigs?

J: Yeah, it’s always like the smaller, intimate gigs…we like both actually. With smaller, more intimate gigs you can really see and feel the crowd, and most of the time at the clubs, we play a bit more tracks, so we can play anything we want. And the other thing, of course, the big festivals, that feeling is also amazing. You have 10, 20,000 people going nuts over your new record, and like you said with the big festivals with all the other big artists, we get to see other artists and we have great fun hanging out backstage. And yeah. It’s good to do both; it keeps you fresh and creative.

Yeah definitely. It also gives you the chance to see what everyone else is doing, too.

J: Yeah! You talk about music, you have fun, have a few drinks (laughs). It’s a lot of fun, and good hanging out.

What can fans expect from your upcoming gig at Marquee in NY [on Nov. 7]?

J: They can expect a lot, actually. It’s always special when we’re in New York because of the track, Dear New York, and we’re definitely going to play that one of course since we’re in NY. But we also have a lot of tracks with collaborations, so we’re going to play a lot of new stuff, so yeah it’s going to be special.

J: Yeah, we intend to play at least 80-90 percent of what’s out of our own records. But those will definitely be in there, and we have seven or eight new tracks that are almost finished, and at Marquee, they will be finished enough that we will give them a play. So yeah, it’s going to be a mix of old Firebeatz tracks, new Firebeatz tracks and some random mash-ups we made for ourselves. We always try to make our set different from anything out there.

How does playing your music and the fanbase in New York compare to other parts of the world??

You also did a remix of Montell Jordan’s “This is How We Do It.” Has remixing classic throwbacks always been an interest to you?

J: Yeah, yeah we always like to remix, actually, we always start by making a mash-up or an edit just for our live set, and the same with this one. We edited the original break down and made it with the original…it’s like 125bpms, so it’s more like a deep house kind of track. And we wanted to make it a bit more fitting for our kind of set, so we added in the kick drums and some more energy sounds. We like to do that with old-school tracks and just make like a kind of mash-up that nobody has, because yeah, we make it special for our set. And then it ended up that Spinnin’ [Spinnin’ Records] heard it, and they were very excited, and Joe Stone as well, so they decided to release it, and it did great, it was like four weeks at number 1 on Beatport.

Yeah, yeah it’s a great mash-up. Are you guys working on any other remixes of classic throwbacks now?

It’s always great throwing those in there, because you know, people have heard the song before so many times.

J: Yeah!! It’s a good mix! Just throwing something in the breakdown so they can sing along to the original, and then switch it up with the Firebeatz sound.

You’ve worked with big names already like Martin Garrix and Tiesto, if you could collaborate with anyone in the industry, who would it be and why?

What do you think the biggest misconception is within the dance music industry?

J: A lot of people think that as a DJ, you just play what other people have done. But yeah people forget that we work hours in the studio preparing for sets, and trying to make it special. So it’s more work than just pressing a button and jumping onto our set. And then with social media and marketing, it’s a whole company that you’re actually running.