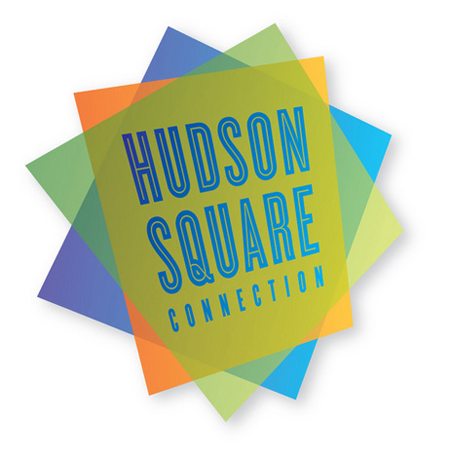 Of the 72 business improvement districts in Manhattan, one is differentiating its approach in its neighborhood management. The Hudson Square Connection (HSC) is not concerned with sanitation. Rather, it wants to translate the creativity of the residents into the physical neighborhood of Hudson Square.

Prior to HSC’s establishment, Hudson Square had an identity crisis. Once the printing industry ended its localization in the neighborhood, Hudson Square’s numerous 1920s art deco buildings were abandoned. The empty lofts eventually attracted creative companies, and soon, the former printing industry became a hive for creativity. Yet, the area didn’t regain its unison.

That’s when HSC decided to bring the creative energies from the lofts onto the streets and create an actual neighborhood.

Since heading the organization in 2009, HSC’s current CEO, Ellen Baer, has led HSC’s work in greening the neighborhood and improving outside seating and lighting. Baer said HSC’s ultimate goal is to create a sustainable, environmental neighborhood for the workers and residents of Hudson Square.

“If somebody handed you a blank slate in the middle of Manhattan in 2009 and said “here, build a neighborhood,” and knowing what we know today, of course you’d build a sustainable neighborhood,” Baer said. “In the DNA of the creative people that work here is a sense of creativity and a respect for sustainability.”

Baer said the centerpiece of her work has been planting about 300 trees in a new way. This technique benefits the tree’s health and their ability to absorb rainwater, which in turn helps the city’s capacity to control street floods.

In the scope of planning for a city, increasing Hudson Square’s greenery is significant, but this is just part of HSC’s neighborhood-wide renovation plan. Baer said that, looking at the Hudson Square area as a neighborhood, rather than a district, helped HSC devise a master plan on how to address the residents’ needs.

The big inspiration to create a neighborhood, Baer said, was the people’s mutual love for Hudson Square’s uniqueness:

“Everybody loved this place that was so weird and wasn’t SoHo because the buildings were bigger, and wasn’t the village because it was industrial. Everybody loved it, so we said, as we make it better we don’t want to change it.”

“It’s an authentic New York neighborhood with a lot of creative energy, and so everything we done has been careful to preserve that authenticity.”

Despite their streamlined vision in improving the Hudson Square neighborhood, HSC has varied its methods in unifying the community.

Vice President of Marketing and Communications, Suzy Changar, said that, although the organization has been focusing on the physical space, HSC has begun to push its efforts onto bringing the creative people of Hudson Square together.

Upon asking businesses and people of the area, HSC created the Hudson Square in 3D event to bring the community together to discuss the technology influencing the creative space.

“We wanted to encourage the creativity and entrepreneurial spirit that the people hold dear to their hearts,” Changar said.

Hudson Square in 3D is one of the first events of its kind planned by HSC. Baer and Changar hope that after the event’s reception HSC will find more inventive ways to bring the people of Hudson Square together.

“Public space and events play a very important function in the new economy,” Baer said. “This is why we’re called the Hudson Square Connection because we’re about making physical, social and economic connections.”