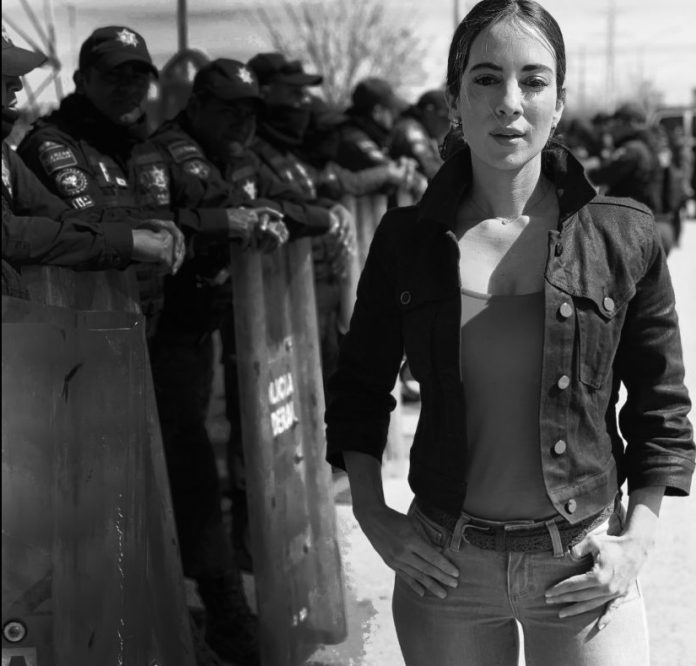 MARIANA ATENCIO Peabody, Investigative Reporters and Editors, and Gracie Award-winning journalist who covers domestic and international issues for MSNBC and NBC News. Part of the NBC News team that helped break the coverage of the migrant caravan and the family separation crisis that ensued.

My number one is my sister Graciela. After a hit-and-run accident in NYC, the doctors told her she may never walk again. Her life came crashing down and ours with hers. But she fought tooth and nail to recover. Against all odds, she did it. Today she puts me to shame at the gym every time. She is my partner in crime and my biggest hero, always.

María Elena Salinas, the longest running female network anchor in the United States called the “Voice of Hispanic America” by The New York Times, dedicated her life to reporting on stories of national importance especially for Latinos. She’s a journalist with a capital “J” that also paved the way for new generations, while emphasizing how important it is to always stay close to the ones you love.

And I can’t forget Shakira. She definitely impacted me when she crossed over into English, and I was in my last year of high school. But she’s more than a singer or dancer. She’s a producer and entrepreneur. She embraces her roots as an Arab-Latina and always, always, always gives back: be it with her nonprofit Pies Descalzos or as a UNICEF Goodwill Ambassador.

Of all the amazing things that happened since I received an email about my scholarship to Columbia University that eventually kicked off my career and would lead me to Univision, ABC and MSNBC, the common denominator is what I call the “yes attitude.” Although I often felt overwhelmed by the tasks in front of me, I slowly learned that the “yes attitude” meant showing up and doing what needed to be done, however imperfectly, with authenticity. Used well, the “yes attitude” can take you to places you never thought you’d go.

Say Yes. Say yes even when you’re afraid or have no idea how to move forward. You never know how one split-second decision can unlock the door of opportunity.

Research shows that companies with more women in executive leadership and gender diversity make more money and are more successful. And yet, among the world’s leading companies, roughly only 10% of senior executives are women, according to Weber Schandwick’s Gender Forward Pioneer Index. In a significant share, 37 % have all-male leadership. Additionally, women in the workplace earn roughly half the income of men, especially when you take into account time off for family or childcare. Although the contribution of women to the workplace is quantifiably better, we continue to be paid less and even penalized for it.  And unless, we can create more diversity, we won’t be able to break this cycle.

The thing that really makes me incandescent with joy is every time a young person either sends me a message through social media or comes up to me at an event and tells me that they were inspired to become a storyteller as a result of a story I did or of my work. When I see  high school students go off to study journalism and want to also shed light on the stories that deserve to be told, it is the most humbling and career-defining moment for me.

There are people who come into your life and give you air, support, love, and strength to face anything that comes your way. For me, that’s Mirna Stella Couto, one of the most successful executive producers at Univision. She turns everything around with her magic touch. Years ago, I asked her—with a handwritten note—to be my mentor, and she’s shown me that magic happens when women lift each other up. It’s like that famous saying, “behind every successful woman is a tribe of other successful women who have her back.” Together, there’s nothing we can’t do.

It’s about the little things; the rituals that keep you going. For me, it’s my power breakfast: Ezekiel toast, peanut butter, banana, honey or dancing. And if I can combine both—it’s a win!