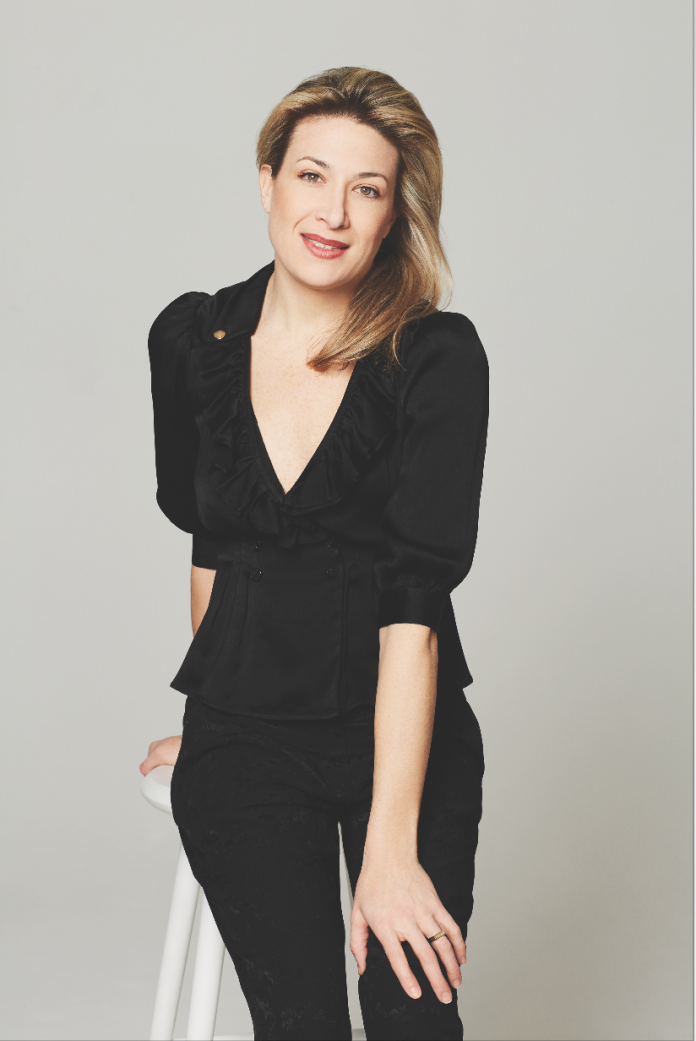 ALEX POLIER is the founder and president of DNA, a strategic marketing, public relations, event production, and branding agency focusing on human-centric design. She was formerly a journalist with the Associated Press, Newsweek, and Condé Nast Traveler, among others.

1.    Name three women that inspire you, and tell us why. It’s so hard to pick only three. The world is filled with amazing women right now. But if I had to choose…

I am inspired by  Wangari Maathai, the first African woman to win the Nobel Peace Prize. I was a reporter in Africa and was with her in 2004 in Kenya when she found out she won. She was chosen in 1960 as part of the Kennedy Airlift, a program that brought 300 Kenyans to study in the States. Wangari returned to Kenya and started the Greenbelt Movement which fought for environmental conservation and women’s rights. She tied herself to a tree in Uhuru Park in the 80s topless. Unheard of in Africa! And illegal. A real trailblazer.

Joanna Coles, author, editor-in-chief, mother, wife, and fashion icon. She is the one woman in journalism who has climbed the ladder to the top on merit, with respect and grace. She has always been a role model and mentor to me, and she is very supportive of young women, which can be a rarity. When I wrote my cover story investigating my sex scandal with John Kerry during the 2004 election, she let me move in with her for 3 months. Talk about “above and beyond.” But we got our story!

Agnes Gund, who I’ve never met, but hope to. She started the Art for Justice Fund with the sale of her Lichtenstein for $100 million and is using that money towards racial justice and prison reform. It is so important in our time to have a white woman of her stature standing up for fairness and putting her money where her mouth is. Justice reform is my next passion project. The thought of people convicted for crimes they haven’t committed, or serving longer sentences because of the color of their skin feels like the ultimate betrayal of human to human.

2.     What is the secret to your success? I think as a young journalist, my fearless curiosity. As a mother, my endless energy. As the president of a strategic public relations firm, probably my passion for my clients.  “From warlords to architects.” I often joke about the similarities, but I admire all of my clients and want to support their important contributions to society. Architects are true innovators, the unique combination of maker and intellectual. As an idealistic young reporter, I wanted to save the world. Now as a grown up, I want to help build a more sustainable future. The world is heading towards extinction; we are running the earth into the ground. (Spoiler alert) Politicians aren’t going to save it, but maybe architects and urban planners can. I believe we all have an obligation to try.

3. If you were going to pass on one piece of advice to a young woman, what would it be? You have to work hard, really hard, to rise to the top. Run the extra errand, don’t leave work before your boss, and don’t get a 3-hour haircut in the middle of the workday (I did that at my first job! I can’t believe they didn’t fire me!) Work ethic is key. That doesn’t mean you have to be a work-a-holic, eventually you have to find balance, but err on the side of workaholic.

4. In the fight for equality, what area do you think needs the most attention? The fight to protect women’s reproductive health. If women don’t have ownership over their own bodies, we have no power at all. Birth control, education, free will. These are our human rights, and we all need to fight to protect them.

5. What are you most proud of in your career? Launching my own company. It’s much easier to work for someone else, but endlessly rewarding to do it on your own terms. My sons will grow up in a world where mom is the boss. Priceless.

6. Where do you get your confidence? Oh god, who knows. I am extremely overconfident, though. I’ve always had unusually good luck. Some people say I live under a blessed star. I think I’ve just been drinking my own kool-aid for too long. But what I would say to young women is to be confident. Be bold. Believe in yourself and others will as well.

7. What makes a woman beautiful? Confidence, intelligence, and a sense of humor. At least that’s what I look for in a man?

8. What gives you joy? Traveling. I have such wanderlust. I need to keep feeding my brain, changing my perspective, and experiencing new cultures. I just got back from Sweden, next month it’s Germany, Italy, and Canada, and this summer: China. My careers have always enabled me to travel. I firmly believe in creating your own joy.