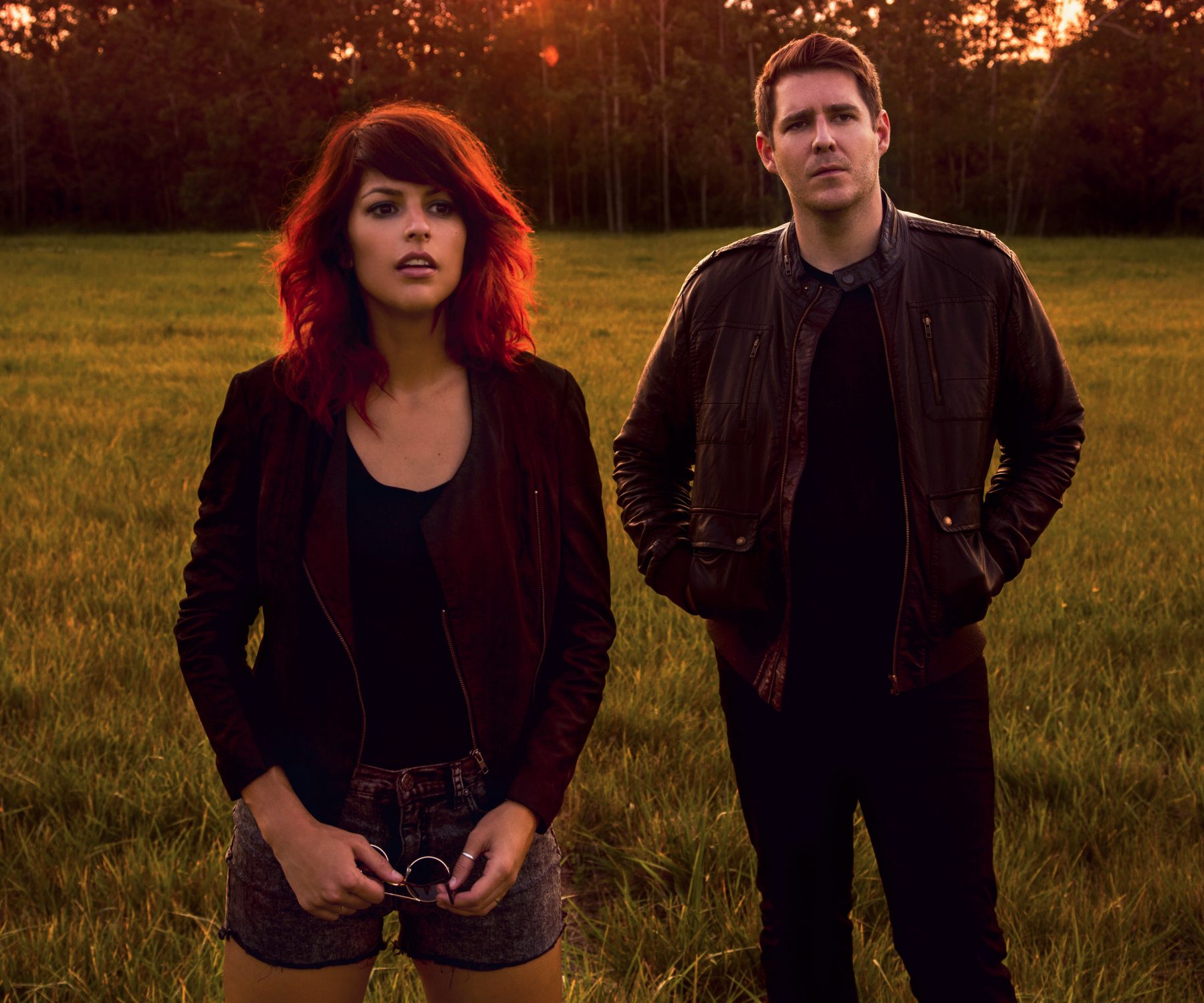 There are a lot of interesting things about the group known as Dear Rouge. Most interesting to some may be that they (Drew and Danielle McTaggart) are a husband and wife duo. To others, it may be that the first three singles off of their debut album “Black To Gold” have hit the Top 3 at Alternative and Modern Rock radio in Canada. To me, personally, it’s their decision to wait so long to put out a full-length album when they already had such chart success in their native Canada.

Drew, who co-produced “Black To Gold” with Ryan Worsley, took some time to answer questions about the band past, present and future. The group’s upcoming U.S. run includes their first-ever headlining dates in New York. As part of such, you can see Dear Rouge playing full sets at Bowery Electric (327 Bowery) on June 21st and Pianos (158 Ludlow Street) on June 22nd.

How would you describe Dear Rouge to someone who hasn’t yet heard the band?

Dear Rouge’s Drew McTaggart: I would say that we are a pop-rock duo who make music that is upbeat and moody, a little 80s-ish. We appreciate the glossiness of the synth and the edginess of the guitar/bass and try to use a balance of both in our music.

Do you mind when people describe your band as “synth-rock?”

D: Not at all. It really is after all kinda what we are going for.

As a band hailing from Vancouver, what do you think is the biggest misconception about your city’s music scene?

D: The biggest misconception is that our city’s music scene is a bunch active rockers. It’s true we are the home city of Nickelback but, on the other hand, we are also the home city of The New Pornographers and Destroyer.

CBCMusic called your debut album “one of the 15 most anticipated Canadian indie albums of the year.”  When you hear praise like that, what goes through your mind?

D: Our first and quick response is: Yes, that’s amazing that they included us on that list. The second and longer response is looking at the other amazing bands on the list, thinking about the album you have created and if it will live up to those expectations. So we respond with gratitude for the press mixed with a bit of nervousness for the release.

“Black To Gold” is your debut album, yet it includes some tracks released in 2013 and 2014.  Does that mean there is a wealth of material ready for your next album?

D: We have a playlist on our computer labeled “Dear Rouge Demos” and yes, that playlist is getting quite full. We really try and focus ourselves to be continually writing, and so that we are never rushed or stressed because of time. Right now is a beautiful time to write because we just put out our debut record and there are no plans or urgency to get another record out.

Finally, Drew, any last words for the kids?

D: Well…This is our first American tour and we would love to see some of you at our shows!