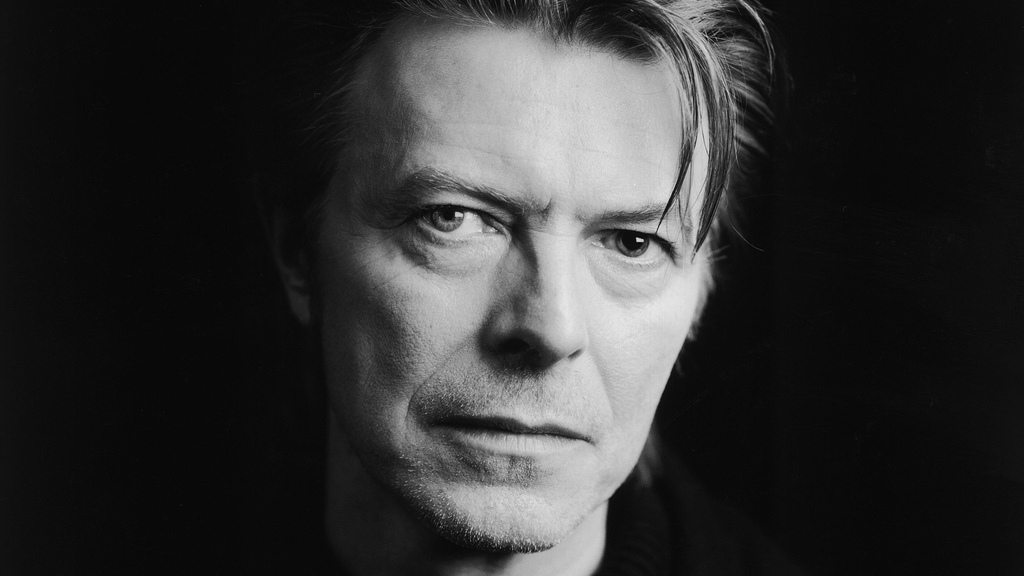 It was an early winter morning in January when I received word from my apartment that David Bowie passed away, mere days after his 69th birthday and the release of Blackstar. I was overcome by sadness and an obscure reality that my musical and creative inspiration since age 14 wouldn’t be accessible to me ever again, not that he ever was. Although I wanted him to be, I felt that his mystery should remain eternal.

My first Bowie exposure was to Hunky Dory and I continued listening to Ziggy Stardust and the Spiders from Mars while adjusting to a new home in a suburban New Jersey town. Assimilating into my new high school, I felt that I had to establish my own identity as a person. I found that persona in David Bowie. He made it cool to feel creative and express a hip fashion sense in suburbia. In the mid-1970s, one could be categorized as either a ‘Nerd,’ a ‘Jock’ or a ‘Head’. I wanted to blend the latter two, co-existing among the students, athletes and partiers. It was the Bowie connection that gave me my edge.

Through the decades, I attended eight of Bowie’s performances and followed every move he made on and offstage. I felt inspired, searching for my own creative self whenever I listened to his music, and became transfixed on every new character he created for himself.  Back in the mid 90s, when Bowie and his wife Iman stopped me in front of my wife’s clothing store to ask for directions to a restaurant on Madison Avenue, I will never forget the coolness and unearthliness that they exuded. It was then that I understood why I was loving that alien after all this time.

Bowie was a collaborator (think Visconti, Rodgers, Fripp and Eno), glam rocker, gender-bender, Broadway thespian, Hollywood connector, massive concert producer, an alien fallen to earth and an established artist who got his financial due – ‘wham bam, thank you man’ with asset-backed securities. David Bowie’s insatiable need for creative self-invention and musical innovation attracted worldwide fame, making him one of the most-admired performers of his generation. Less well known was his trailblazing role in the use of IP (Intellectual Property).

In 1997, Bowie sold privately to Prudential Insurance Co. of America $55 million of what his financial advisors termed “Bowie Bonds” – 10-year securitized bonds backed by 25 Bowie albums recorded before 1990. He aimed to secure a “higher advance than possible from [a] new distribution deal with [his] record company” and “to buy back publishing rights in some songs owned by a former manager and invest in internet companies.” Bowie’s record company at the time was EMI Records, who had signed a $30m contract with him.

While Bowie was in his fifties, he was motivated by estate planning interests when he entered this deal. After he passed, his heirs would not necessarily need to translate his copyright assets into cash in order to pay estate taxes. Furthermore, when the music catalogue passes to his heirs, they are not taxed on the appreciation of the bond.

Bowie Bonds were the first in a line of financial instruments underpinned by creators’ earnings, with coveters including James Brown, Marvin Gaye and others. The bonds allowed artists to monetize their work immediately, handing them investment cash up front to diversify their portfolios or make other large acquisitions. Such securitization continues within the creative sector. A recent example, reported by Variety in 2014, is Miramax’s $250 million securitization of its 700-strong film library to support its television and film ventures.

According to his final will and testament, which was filed in New York City, half of Bowie’s worth and his apartment on Lafayette Street went to Iman. The two had been married since 1992 and she has proven herself to be a savvy and successful entrepreneur. The other half of Bowie’s estate was divided into two parts, one for both of his children. The two will each receive twenty five percent of his net worth, while his daughter Lexi was also gifted a home in Ulster County, New York. Bowie bequeathed his longtime confidant Corinne ‘Coco” Schwab with $2 million and $1 million to a former nanny of his son Duncan.

The rocker asked that no funeral be held for him and that he be cremated, which the document file says happened on January 12th. He also apparently requested that his ashes be scattered “in accordance with Buddhist rituals” and then spread in the waters around Bali.

His latest album, Blackstar, was released just two days before he died. Once the news of his passing broke, its sales increased rapidly and it went on to become the singer-songwriter’s only number one album in the U.S. For the past few sales frames in the U.K., his name has been all over the top ten, with Blackstar on top for several weeks. Praise has come from every direction, making it clear that his artistic, business and financial legacies were understood during his life and celebrated now that he is gone.

David Bowie’s well-planned trust and estate plan should serve as a lesson for everyone else. Take my advice, follow Bowie’s lead – plan ahead and don’t be afraid to be different — like the young bloke from Brixton. Whether you’re a downtown denizen or from a suburban town, get your Bowie on – create something special, preserve it and transfer it to your loved ones. Much love. I will miss you deeply, David.

Mark is a Contributor to Downtown Magazine NYC, a life-long David Bowie devotee and a regular guest on CNBC’s Closing Bell, FOX BUSINESS and Yahoo! Finance. Mark is an Investment Advisor Representative at Premier Wealth Advisors, LLC at a midtown registered investment advisory firm in NYC. Follow Mark on Twitter @premieradvisor and on his blog

Paddington Arrives in New York and Gets in a Jam