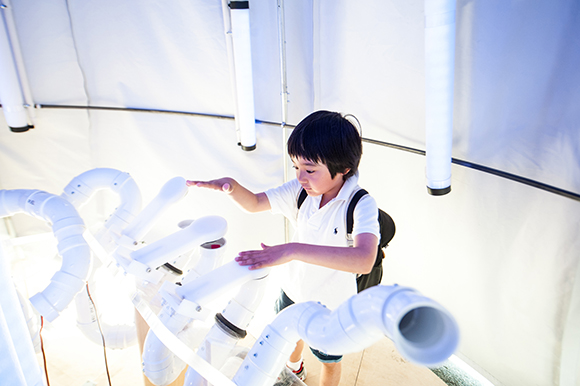 Have neuroscientists solved addiction? How can a particle be in two places at the same time? How fast does a balloon pop? If you’ve ever asked yourself these and many other challenging questions, you’ve stumbled upon the perfect place to find your answers!

The 7th annual World Science Festival has hit New York City and is calling all young innovators, scientists-in-the-making, and families to celebrate the wonders of science in unique and thrilling ways.

From May 28th to June 1st, the Science Festival Foundation invites you to participate in a variety of events held all around the city, including discourses, debates, theatrical presentations and exhibitions that bring the leading scientists of the world closer to the broader and eager to know public. The festival is the nation’s most anticipated science event and is brought together with the mission of cultivating a general public informed by science, inspired by its wonders, and prepared to engage with it and use it wisely in the future.

“There’s no experience more thrilling than having kids and adults learn about a great scientific discovery,” said World Science Festival co-founder Brian Greene. “In the process they gain access to a whole new universe of ideas and possibilities.”

One of the main events include Alan Alda’s theatrical reading, Dear Albert, which digs deep into the life and works of one of history’s brilliant minds, Albert Einstein. The stage reading features film and theater star, Paul Rudd performing as Albert Einstein, along with TV actress Cynthia Nixon, and theater performance Francesca Faridany, as the women in Einstein’s life. Online tickets have sold out, but more will be available at the box office in the NYU Skirball Center of the Performing Arts.

In addition, the winners of this year’s Kavli Prizes will be announced, an award that recognizes the most outstanding scientists in the fields of astrophysics, nanoscience and neuroscience. The winners, which will receive a prize of $1 million, a gold medal and a scroll per field, will be announced via live webcast from the Norwegian Academy of Science and Letters in Oslo.

These are just two of the exciting events the Festival has prepared for the curious thinkers out there. For more information and a full schedule featuring  what is happening and where, visit worldsciencefestival.com and plan your thrilling week ahead!

Here is a video to give you a taste of what you’ll find at this year’s Festival!