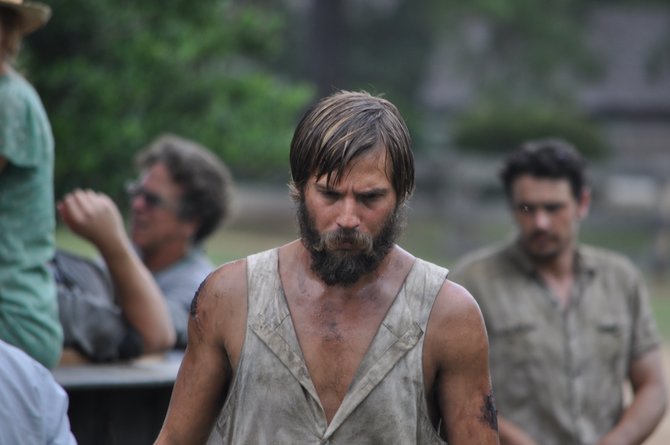 James Franco is no stranger to writing and directing, having showed his chops in several films and documentaries. His most recent masterpiece, Child of God, debuted at the 51st New York Film Festival last year, displaying the Academy Award nominated actor’s ability to bring Cormac McCarthy’s 1973 novel to the big screen. DOWNTOWN had the opportunity to attend a private screening of the film before its slated release date, and we were impressed (if not a little uncomfortable) with the prowess that was shown by both the cast and the directorial team. The efforts of Franco and fellow actor/screenplay writer Scott Haze do the acclaimed literary work justice. They adapted the book as accurately as possible, capturing the brooding character of protagonist Lestar Ballard right down to the last maniacal cry of freedom that he utters during his escape from an imminent death sentence. Haze portrays Lester Ballard’s spiral into insanity and murderous behavior to such an extent that you almost believe that Franco casted a feral man to play the character. Haze takes Ballard on a transformation from a crazed homeless man who steals food to survive, to a psychotic necrophiliac who retreats in caves, where he brings the bodies of his victims for his own twisted pleasure. The performance is a fascinating, albeit unsettling visual experience. As the narrator initially explains how Ballard was abandoned by his mother and saw his father’s corpse hanging from a noose as a child, it is hard to not feel a pang of sympathy for him. Shunned by society and reduced to conversing with his victims’ bodies for comfort, it is clear that he is psychologically unstable, yet desperate for some form of companionship. After all, he is described as “a child of God, much like yourself perhaps.” It forces viewers to question whether or not murderous figures such as Ballard deserve pity from others, considering their mental instability and lack of conscience for their actions. Franco mentioned that Haze took his role so seriously that he would disappear from the set and into the hills during filming. He would then return in an unkempt state with messy hair and dirty clothes, exactly as he is seen on screen. Not only that, but he lived on an apple and fish diet for several months in a rural cabin in the Tennessee mountains, dropping almost 50 pounds in the process. Haze would even sleep in caves without a sleeping bag and isolated himself from everybody, including Franco and the rest of the film’s crew. It is this dedication to method acting that allowed him to enter the mindset of the lunatic that Ballard was.

This latest collaboration between Franco and Haze is set to release in theaters in the United States on August 1st 2014 with an R rating. Watch the newest trailer for a more extensive look at the movie.