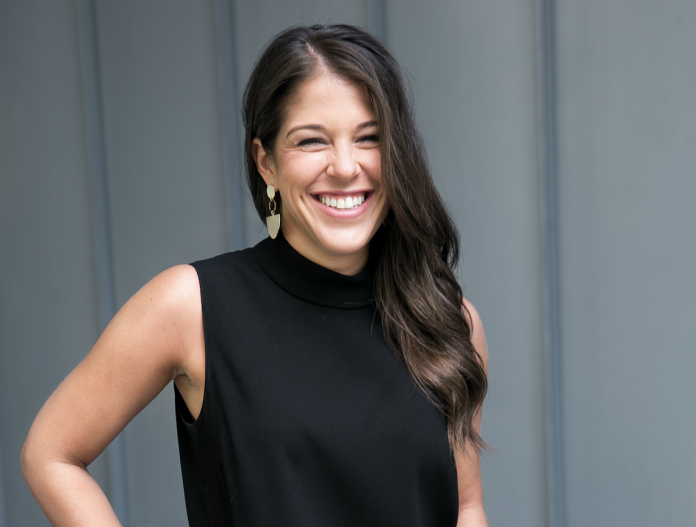 Chef Mia Castro is a force to be reckoned with. She grew up in Puerto Rico, where she learned in the kitchen from her grandma and cooked with ingredients they harvested herself, before going on to train at the Culinary Institute of America and apprenticing for big name chefs including Wolfgang Puck, Thomas Keller, and Jose Andres. Chef Mia placed in the final two of the most recent season of Hell’s Kitchen, where the young chef outshone her fellow chefs by winning more cooking challenges than any other competitor in the show’s history. We talked to Mia, who is now a private chef in New York and Miami, about how she chose this path, what she’s learned about herself through her television experiences, and why NYC is the best.

Downtown: How did you decide you wanted to go to culinary school?

Mia Castro: About a year before high school graduation, I was forced to decide what field I wanted to specialize in. I wasn’t sure what my calling was. My mom suggested cooking, which had always been a passion and hobby of mine, so it was only fitting to pursue culinary school.

Downtown: What have you taken from growing up in Puerto Rico and put into your cooking?

MC: I grew up cooking with ingredients that were hand-picked by my grandparents from their yard in their country house in Puerto Rico. My grandmother would produce delicious dishes out of everything they harvested, and she taught me how to do that as well. I now focus my cooking on highlighting fresh, wholesome products, and extracting the most flavor out of them. Food should look delicious, but it should most importantly TASTE the part. I think it’s safe to say my background is what propelled my entire career.

Downtown: Having worked in Las Vegas and Miami, what makes working in New York City special?

MC: Competition in NYC is intense and, as a private chef, there’s definitely a bigger market here (for clients and chefs alike). The options for great restaurants are endless, so keeping up with food trends and at the same time having a unique cooking style that allows you to stand out among the rest is extremely important. I am personally motivated by being challenged, and NYC does exactly that for me.

Downtown: What have your television experiences been like? What have they taught you about yourself?

MC: My TV experiences have been extremely rewarding. I’ve learned in life that by keeping my expectations low, I can protect myself from disappointment. I went into both competitions (Chopped and Hell’s Kitchen) with the mindset that I had absolutely nothing to lose. I decided I would give both of them my very best and that I would fight until the very end. I didn’t expect to excel (because I didn’t want to feel disappointed), but both experiences exceeded my expectations immensely. I surprised myself with what I was able to produce and by seeing the endurance I was capable of. And I learned that I was more talented than I gave myself credit for, and that the only one who can stand between me and achieving my wildest dreams and goals is me.

Downtown: Why did you decide to go from restaurant kitchen to private chef?

MC: After many years of learning, being a sponge, and paying my dues in world renowned kitchens, but also of sacrificing weekends, holidays, and “Me” time in this fast-paced, highly stressful, sometimes underpaid environment, I decided I needed to make a side-step in my career. Being a private chef allows me to be creative and do what I love every day with the liberty of having as close to a “normal” life as I can. December 2017 was the first year I went home to Puerto Rico for Christmas after 7 consecutive years of missing it with my family because I wasn’t allowed to take it off work. My family is EVERYTHING to me, and I believe that life is all about balance. The side step I took provided me with a better quality of life, which is what works for me at this moment. I have nothing against working in restaurants, and my hat goes off to those who do make those sacrifices. I’m just “learning as I go,” and I learned that THIS lifestyle makes ME happier. And to me, that’s what life is about: finding what makes you happy.

Downtown: What are some of your favorite local ingredients to cook with in the spring?

MC: I LOVE peas, their sweetness, and pairing them with savory ingredients like pancetta or bacon to contrast their flavor. Asparagus is also up there. I love how savory and “meaty” they can be, especially when they’re flash-roasted at a very high heat. Simply served with lemon zest, olive oil, and freshly-grated parmesan is the best.

Downtown: After accomplishing so much at a young age, what’s next?

MC: Though I do feel I’ve accomplished a lot at my age, I’m extremely ambitious and have so many more goals set to achieve. You can expect to see me on TV again soon and I have something along the lines of a cookbook is on the horizon. I appreciate all the support I’ve received from my fans and followers!

You can keep up with Mia on Instagram at @chefmiacastro.