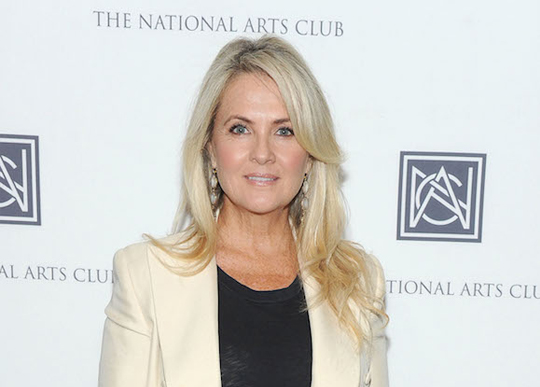 It was a scene of glam and couture on Monday night at the National Arts Club on Gramercy Park South. Cornelia Guest, Amanda Hearst, Anne Hearst McInerney, Patricia Hearst Shaw, Gillian Hearst Simonds and Kimberly Rockefeller welcomed 400 guests to “Charles James: Beneath the Dress,” an exciting exhibition of rare works on paper by Charles James, the celebrated American couturier who was recently the subject of a blockbuster retrospective at The Metropolitan Museum of Art, New York.  This exhibition features 100 of James’ fashion and erotic drawings from the private collection of R. Couri Hay, writer and friend of the late designer. This will be the first time that Hay’s extensive holdings of James’ work will be on view to the public.

After the film, 104 guests were treated to a private dinner to celebrate the exhibit’s opening. Before the first course was served, the evening’s host, R. Couri Hay announced he had given 5,000 meals to Lauren Bush Lauren’s FEED Supper initiative, whose goal is to provide one million meals for the needy by World Hunger Day on October 16th. Cornelia Guest Events styled the dining table, with Bentley Meeker Lighting Staging, Inc. providing lighting for the dinner and table. Delphine Blanchot of Clarence Dillon Wines selected Clarendelle Blanc 2012, Grand Vin De Bordeaux and Clarendelle Rouge 2006, Grand Vin De Bordeaux, which were served throughout the dinner along with David Noto’s Altaneve Prosecco. Hay said, “James told me, ‘It’s always been about the dress not me’,” adding, “Charles James was a rebel and an artist who never doubted himself or his work.”