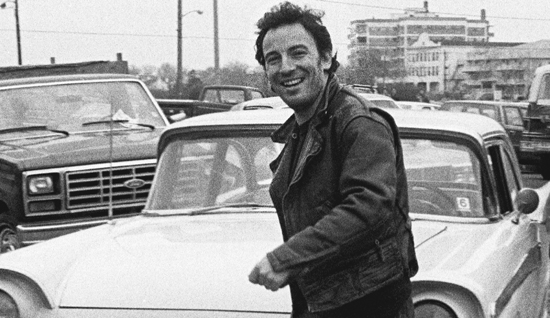 Debra L. Rothenberg is not your average Jersey Girl.

She is an accomplished and award-winning photographer who has worked in a wide variety of capacities in the media, but among her most memorable accomplishments are the photos she’s taken to document the career of New Jersey’s most prized possession—Bruce Springsteen.

Since 1980, Rothenberg has taken hundreds of priceless photos of Springsteen, and the best of the best are showcased in her brand new 200-page coffee table book, Bruce Springsteen In Focus 1980-2012. Through images of more than three decades of concert tours in national and international arenas and stadiums, as well as his many Jersey Shore club appearances at the legendary Stone Pony in Asbury Park, the Rum Runner in Sea Bright, and Cheers in Long Branch, Rothenberg has created what the Hollywood Reportercalls “the ultimate look at a man who … is ‘always grinning’ whenever he is captured in his happy place – the stage.”

The book’s release has been timed to coincide with Springsteen’s  hotly anticipated new album, High Hopes.

To celebrate the arrival of both, Rock Paper Photo will host a book signing and photo exhibit in New York City on Wednesday night at Gallery 151 in Chelsea. The exhibit will feature 276 of the most iconic photos from Rothenberg’s acclaimed book. A portion of proceeds from all book sales go to the Alzheimers Association, Parkinsons disease research, and breast cancer research.