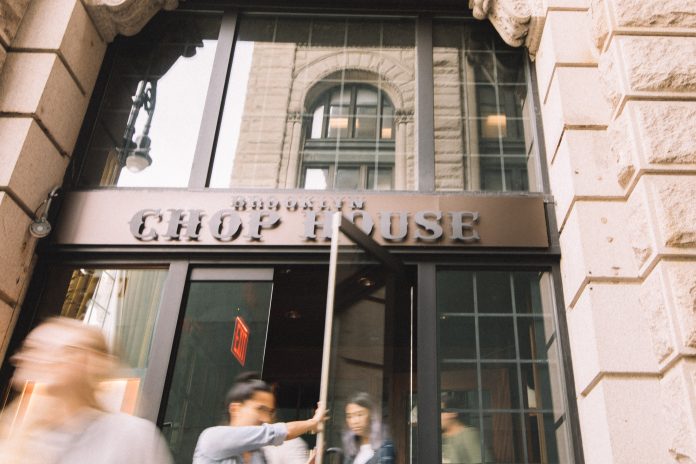 Brooklyn Chop House (150 Nassau Street) had its first birthday in the Financial District with a showcase of their signature dishes in their private dining room.

The special dinner coincided with a fundraiser for NYC Council Member Robert E. Cornegy Jr. who is currently running for Brooklyn Borough President.

Spike Lee was in attendance and Jamie Foxx was spotted at the downtown hotspot the night before with restaurant co-owner Robert “Don Pooh” Cummins.

“There might not be a restaurant on earth that can serve a 4-pound salt and pepper lobster, alongside a 45-day prime dry-aged Porterhouse steak and a 7 pound slow-roasted Peking Duck, but that’s what sets our restaurant apart,” said Brooklyn Chop House managing partner Stratis Morfogen.

The restaurant’s co-starring dishes also shine bright like their vast variety of the most uniquely delicious dumplings ranging from French Onion Soup and Pastrami, to Gyro and an Impossible Plant-Based Burger Dumpling.  The meal capped off with a spiked root beer whiskey milkshake and apple wontons.

The restaurant is open 7 days a week and serves lunch, brunch and dinner.

Clinton Hall Turns Its Tables Into Canvases for 20 Local Artists