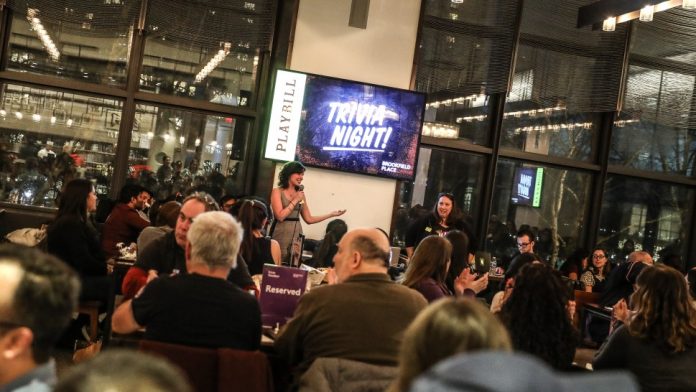 On February 26th from 6–8 PM, Trivia Tuesdays at Brookfield Place will be taken over by Playbill for a Broadway focused round of competition. Each round winning team will receive a goodie bag filled with Broadway-themed items.

The event will take place at Hudson Eats and is free and open to the public.