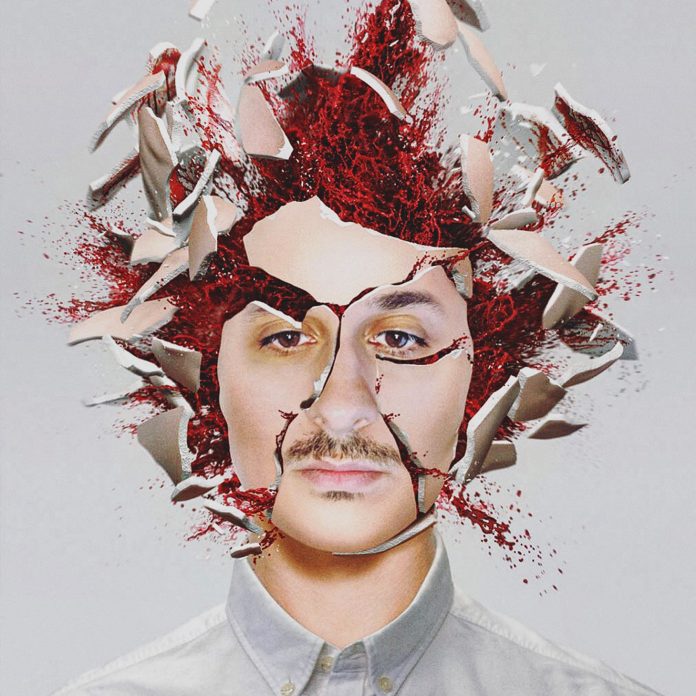 Brad Walsh‘s newest album ARTBREAK is a deeply personal album of dark and ethereal pop music written in the aftermath of a tumultuous summer which saw Brad separating from his relationship of eleven years with husband Christian Siriano, surviving a suicide attempt, losing a close friend, and spending time in a hospital psychiatric ward in Connecticut. The music is not shy about addressing these topics,  as well as infidelity, betrayal, and new love. There are spoken and poetic tracks sprinkled throughout, performed by Brad and a myriad of guest actor friends. Brad writes, performs, produces, and engineers all of his own music.

Brad spoke with Downtown in advance of the release of ARTBREAK to chat about turning hardship into art and what his future holds.

Downtown: As a multi-media artist, how did you decide that the feelings you wrote about on this album would best be expressed through music?

Brad Walsh: Well, I have been painting about what ultimately was my entire life collapse since it happened last May, but it was all more abstract, obviously, than the direct action of putting thoughts to lyrics. I always have an easier time writing music when I’m not feeling great; it’s harder for me to write happy songs. So that’s why I ended up with 30 songs for this album in four months (fourteen of which made the album, plus interludes). I initially shied away from being too literal when i was writing about the topics of divorce and self harm, trying to sort of be aloof and clever about it, but if the point was to share and maybe connect with a listener who has had these same experiences, being coy is not the way to go. So I started writing more direct and frank versions of what happened to me.

Downtown: How was the process for this album different than your previous album Antiglot, which is composed of only sound?

Brad Walsh: I’ve always made lyrical pop music, but my last album in 2017, Antiglot, was a happy accident. I attended the first Womens’ March in January 2017 and came home at the end of the day invigorated by the energy I felt out there among so many people in the streets. I started recording a song in the way I normally do, a demo of vocal layers where I usually end up writing lyrics later and replacing hums and body sounds with production and beats. But what was coming out was so beautiful on its own, and the lack of lyrics made it even more universal and emotional. So I ended up recording the entire album like that – all vocal layers and body sounds, but no lyrics and no instruments – within one month. That was quick. The process for this album was harder, since it was so personal and revealing. Things came slower and I needed to perfect them more than I have wanted to in the past.

Downtown: How did you decide you wanted friends who were actors as opposed to other musicians to be on the album?

Brad Walsh: Well, actors are emotive. I tried to speak some of the spoken parts and didn’t like what was coming out. So, I recruited friends whose job it is to act, and of course that paid off. Some of the performances are so great and emotional and evocative of what I was trying to get across by writing or choosing the spoken parts. Lena Dunham reads an excerpt from “The Young King” by Oscar Wilde, Cheyenne Jackson inhabits the voice of Carl Jung, Danielle Brooks performs a quote from Whitney Houston, and the rest are pieces I’ve written (with the exception of the Carrie Fisher audio, which was from the documentary about her and her mother).

Downtown: How does New York play into your artistic process?

Brad Walsh: As far as collaborations, it’s easier to be working in New York because there are so many artists around to work with. When I record in New York I do it at my home, and I hole up for days on end without leaving. In another place, I would probably not be able to work like that, but the ease of living in the city (deliveries available at all times) allows for that intense work situation.

Downtown: Who are some of your inspirations artistically and personally?

Brad Walsh: My lifelong inspiration musically is Tori Amos. She’s one of the great songwriters of modern times. There are a lot of electronic musicians whose music I love, but I’m really drawn to a lot of female singer/songwriters who got their start in the 90s, even to this day. When I was in the hospital, I read a lot of Stephen Hawking and Oscar Wilde. They were always meaningful to me, but it’s on a different level now.

Downtown: How did you decide to share your mental health struggles publicly?

Brad Walsh: I don’t really see the point in hiding it, I guess. My music was always going to be about what’s going on with me personally, and, like I said before, it just didn’t work to be shy and veiled about it. It’s much more impactful to be honest, and I don’t see any shame in having a low point and getting through it. I think judging and shaming people for their illnesses is becoming more and more unacceptable as it comes to light that everyone suffers from mental illness at some point or another, and it does no good to anybody to pretend it doesn’t exist.

Downtown: Where is your Downtown NYC happy place?

Brad Walsh: I love Fred’s Downtown at Barney’s for lunch, Patent Pending for drinks, and The Smith for dinner.

Brad Walsh: I’ve seen a lot of good music at City Winery, it’s a nice relaxed space to watch a show, and the drinks are good.

Downtown: As someone who has had remixes go viral, is there someone you would like to remix one of your songs? Or is there an artist you would love to remix yourself?

Downtown: What’s next for you?

Brad Walsh: I have several art shows coming up this year, and an installation that I’m putting together in the fall that I’m very excited about. I’ve already started on new music, as well. I may want to make a follow-up to the all-vocal album – an Antiglot II, perhaps.

ARTBREAK will be available to purchase or stream on February 14th, but you can preview the song Through the Floor now! Follow Brad on Instagram and Twitter at @bradwalsh.