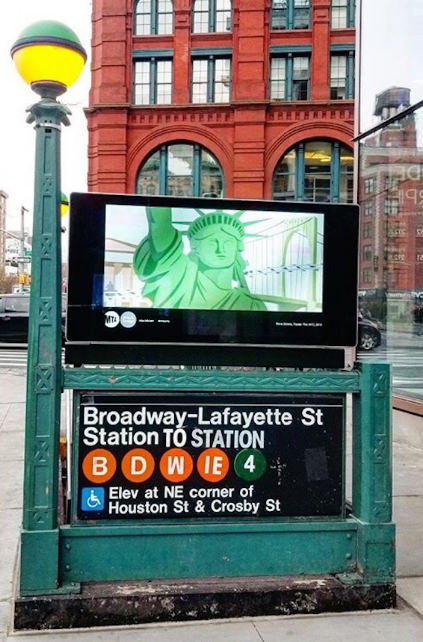 David Bowie left this dimension four years ago today, after liver cancer ravaged his mortal form. He was just 69 in Earth years, but his music and artistic legacy remain immortal. Ever productive ’til the bitter end, Bowie released Blackstar and the musical Lazarus, just weeks before his death: the mark of a true Capricorn.

This morning, on the anniversary of his passing, an anonymous street artist (or perhaps the Puckish spirit of David Bowie himself?) modified the Crosby Street entrance to the Broadway-Lafayette station. 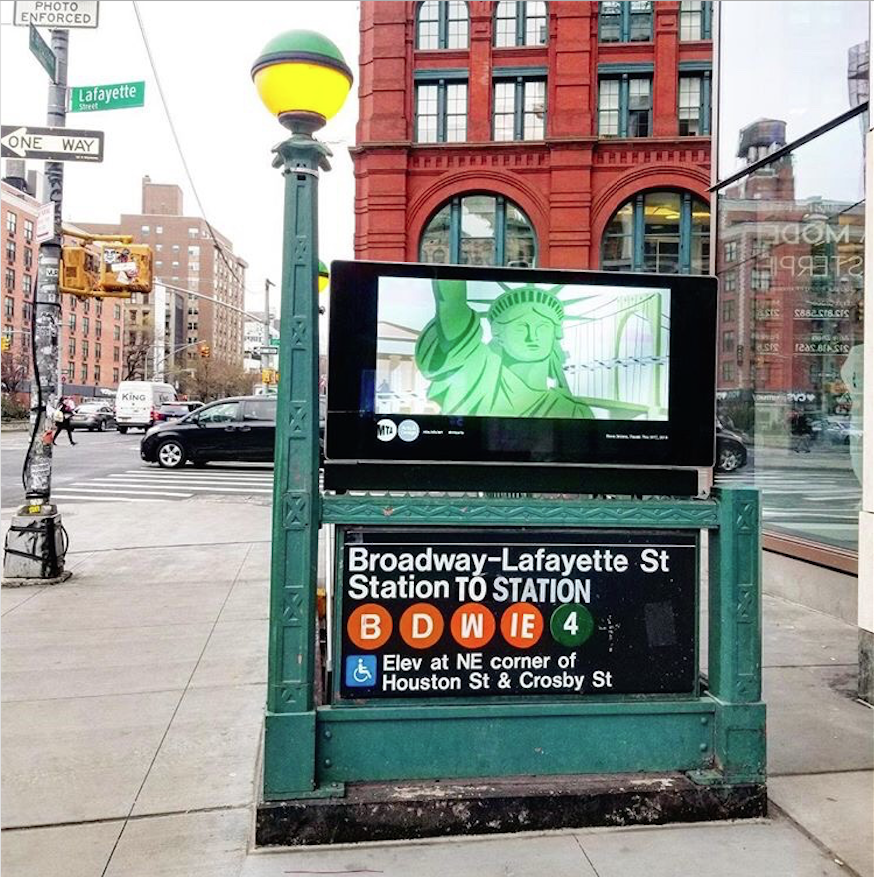 Blink and you’ll miss it. The artist fashioned the usual BDFM subway letters into a modified “BOWIE 4,” for the four years he’s been gone. Underneath, stick on letters added to the entryway sign read “STATION TO STATION” in shiny futuristic letters, a nod to his 1976 album of that name.

The New York City Transit Authority itself weighed in on Twitter for the EV Grieve tweet about the tribute: 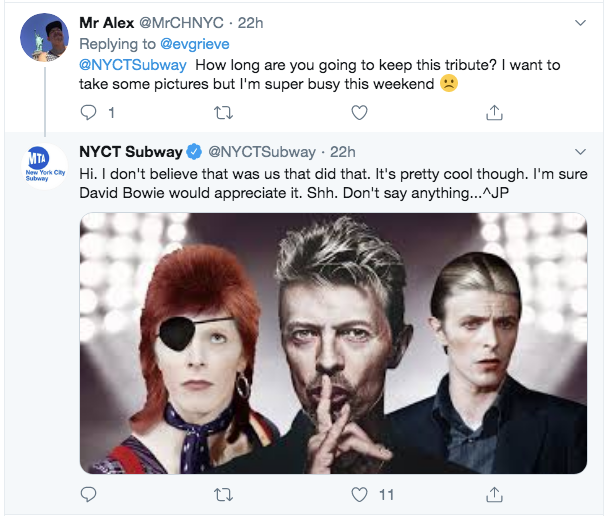 Its subtlety is pure genius; it does take a moment to register, but it’s a touching tribute to the Starman. Looming above the station entrance is 285 Lafayette Street, Bowie’s former home.

The title track of Station To Station opens with the sound of passing trains, a nice tribute the sounds roaring below the pavement. Trains featured heavily in David Bowie’s lyrics, and he was known to ride the MTA anonymously, famously pretending to read a Greek newspaper to keep from being detected. Who knows, perhaps you too once sat next to him on the D train.

In 2018 the Broadway-Lafayette station became a virtual Bowie shrine as Spotify sponsored a promotion for the Brooklyn Museum retrospective that showcased the icon’s paintings, costumes, creations, instruments and personal items.

Hats off to you, anonymous street artist, hero/ine “just for one day.”

Pad Training: A Weapon of Wellness