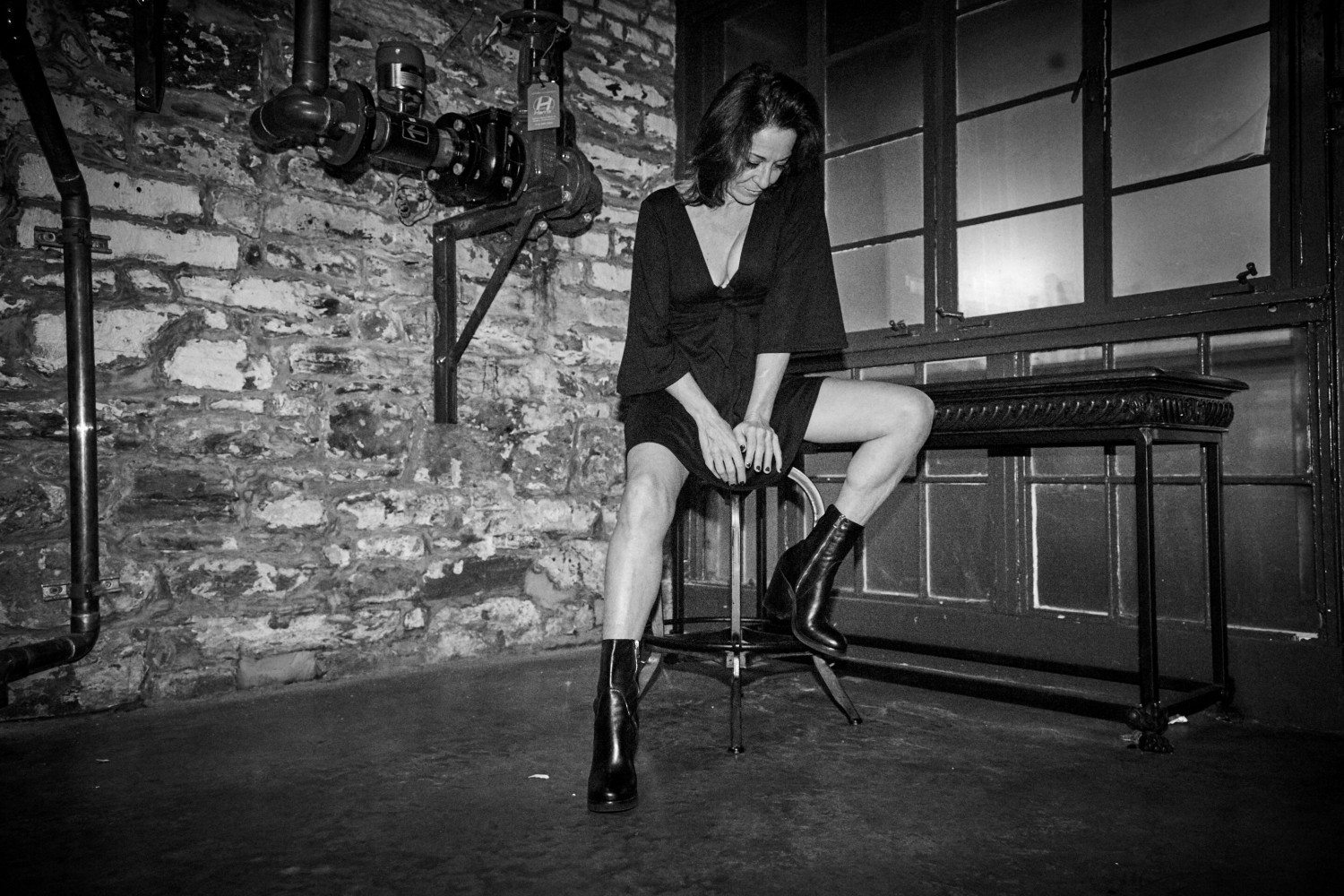 As the GM and booker of Bowery Electric, Diane Gentile has been helping to fill the live music void that the disappearance of CBGB brought unto the Bowery. While Bowery Electric is known for being an intimate rock club, it is also a key spot for huge artists to do unannounced performances at. Green Day, Norah Jones, Wolfmother, and Counting Crows are among the prominent folks that have played to capacity crowds at 327 Bowery. The venue has also played host to plenty of festivals and special occasions, including the 50th anniversary celebration of Max’s Kansas City last year.

Apparently to Diane, booking and managing a venue isn’t enough, as she also finds time to create and perform art. As a singer/songwriter, she can be seen at Berlin on May 18 and June 23. Prior to the second Berlin show, she will be recording for a new EP at Brooklyn’s Atomic Studio with acclaimed singer/songwriter Steve Wynn at the helm. A music video for Diane’s song “Motorcycle” is currently in the editing stages, while one of her songs received airplay last week on both Q104.3’s Out Of The Box and the Underground Garage syndicated show.

Diane spoke to Downtown about her interesting dual existence as artist and entrepreneur within the arts field and what’s ahead. She can be followed on Twitter via the handles @dgen21 and @dgentilemusic, while Bowery Electric is on the web here.

Is Bowery Electric the first venue you have been involved with?

Diane Gentile: As someone who does booking, yes.

A lot of major artists have done secret shows at The Bowery Electric. Do you have a favorite one of those?

D: I love so many different styles of music and am fond of so many bands. But of the secret shows, I’d have to say Caveman and Green Day.

Do your lives working at the venue and working as a singer/songwriter ever overlap?

D: Surely. I spend days listening to bands, evenings in rehearsals, and live shows back at the club. I am motivated by the bands and players. The venue was a catalyst for my current band The Gentle Men, which includes [Hurricane Bells drummer] Colin Brook, [Mother Feather bassist] Matt Basile, Jason Victor [of Steve Wynn’s Dream Syndicate] and [songwriter/performer] Alfonso Velez. Steve Wynn graciously produced my current single “Motorcycle.” I got the idea for the song when introduced to a New York musician Jack Ridley, who plays in Drowners and Threats, and who’s played at Bowery Electric numerous times.

So yeah, it sometimes ties together. I was craving to do something and needed to find a way. I knew taking on the venue would help, though it took a little longer than I had hoped.

Was there a particular artist or song that inspired to start writing original music?

D: I was never inspired by hearing a specific song when I first began writing. We had a piano in our house. I just started playing it one day. I literally got a guitar and started writing. Writing is very natural to me. I don’t struggle with it – I struggle with revising. That’s not to say that I haven’t been influenced by a plethora of artists. Any time I hear a great song, by a soulful artist, I get inspired.

I hear that you will be recording after your May 18 show at Berlin. What can you tell me about that?

D: Super-excited. I have so many songs and not enough money to record them all, like most artists I guess. So we’ll record again in one day, and attempt four songs this time, out at Atomic Studio in Red Hook, Brooklyn. Full band playing together, three takes per song and move on.

Atomic is in an old firehouse. It’s a cool place and I get a great On The Waterfront feeling down there. Steve Wynn will be producing again with Merle Chornuk engineering. We had a blast last time, and Steve Wynn has magic ears, specifically when it comes to guitars. The “Motorcycle” sessions were killer – fast and fun. We used the first takes and the vocals were first takes also. That’s a good feeling. What does your new material sound like? Do you have a way of describing it? I’m still narrowing down the choices.

D: I have no idea who I sound like –- I know who I would love to be compared to but that hasn’t happened yet. Really the thread is my writing. My voice and my players and doing the songs in the same session will tie it all together for a cohesive and hopefully cool sound, and for sure, it won’t sound at all like the artists I admire. I like songwriters who can rock as well as deliver a gorgeous, quiet ballad. Some have told me the current single reminds them of Blondie and The Pretenders. I never heard that.

These days, given that people’s attention spans seem to be getting shorter and shorter, do you feel it is essential for an artist to make an album? Do singles and EPs make more sense?

D: I like recording just a few songs and mixing them quickly. It’s just easier to do this and release an EP instead of a full. But for me there is a real joy to sitting down with wine and zoning out to an album. I think there are fewer people these days who can or will put their phones down for the short length of a song, moreover the length of an album. I feel for them — they are missing out.

As an artist, do you have an accomplishment you’re most proud of?

Do you have plans to tour once your next release is out?

D: I have a show on May 18 at Berlin with Velvet Elk Records labelmates Hollis Brown. I will do a solo support gig at Berlin on June 23 with Matthew Ryan and Jason Darling. Then back to the U.K. in mid-July with labelmates Jesse Malin and Don Dilego for a few dates. I think there is a Borderline London date on July 15th — I like that venue.

When you’re not busy with your venue or your music, how do you like to spend your free time?

D: (laughs) My friends — who I never see anymore — would laugh at that. Let’s see, I went to Heather Liteer’s one-woman play Lemonade the other night at La Mama Theater and was BLOWN AWAY by this super talented woman…

I saw [Bruce] Springsteen & The E Street Band play The River at Barkley’s. I like to go to the beach and swim in the salt water. I love going to the movies. I like to watch the rain fall sometimes from my living room window. Most of all, I like listening to great songs in a little bar or small club on an off-night on a really hot late night date!

Aside from The Bowery Electric, do you have a favorite venue in Manhattan?

D: City Winery and Bowery Ballroom, which I have yet to play. I played City Winery Nashville and had a great show. I play Rockwood Music Hall, they are pro there. I like Berlin because it’s a sexy venue.

What about restaurants? Do you have a place that you can always count on for a perfect meal?

D: Il Buco, if I’m getting taken out for an intimate celebration of some sort. Japonica on University Place for fresh sushi. Taverna Kyclades whenever I can. El Rey Del Taco Truck on 31st and Ditmars Blvd in Astoria.

Finally, Diane, any last words for the kids?

D: Love life. Don’t waste your time on petty, unpurposeful things. Music is the only thing you can dance and sing to. It makes you feel and that’s priceless. Your texts don’t last for years, a song does.