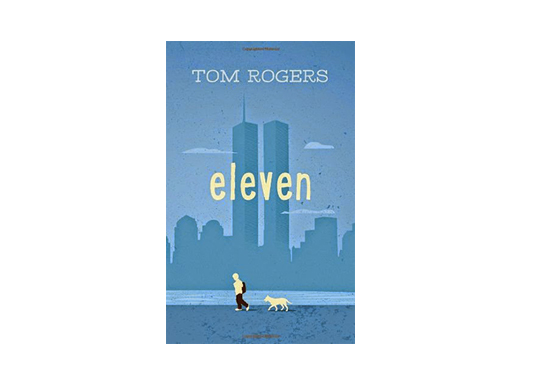 September 11th, 2001 was an infamous day in American history; the tragic events impacted thousands of lives, within the neighborhoods of New York City and beyond. Many people simply couldn’t fathom the gravity of the day, and the tragedy was even more difficult to explain to young children. Most kids were simply too young at the time to realize what was happening. And it’s even harder to relay the tale to children who were born following the tragedy. Despite this, 9/11 is a topic that will remain in the public consciousness; it will more than likely be an event that is discussed within the safety of families as well as at schools, as kids are introduced to U.S. history and the significance of that day.

As such, 9/11 is a topic that has many controversial view points with regards to religion, patriotism, nationalism and even conspiracy theories. But what if you were to remove all of the hot button topics and simply tell the story of 9/11? What if you simply explained the events, and how they affected families throughout New York City? What was that day like for those directly affected? These reflections are perhaps the simplest, and yet the most poignant stories of all.

Eleven, by Tom Rogers, tells the story of a boy named Alex, who turns 11 years old on 9/11. His point of view is unlike others in popular media, allowing the reader to see the tragedy through a new lens. The novel focuses on two families, but unfortunately, only one has a happy ending. Throughout the novel, readers will sympathize with the families; both are equally enduring in the face of fear, worry, and tragedy. Though Eleven is a young adult book, Rogers accomplishes notable character development; Alex is tough, but shows glimmers of vulnerability. The incorporation of Alex’s childhood friends and his love for baseball, helps create a feeling of familiarity to the reader; these typical American topics are easy to relate to and help bridge the age gap between characters.

Ultimately, the story is a coming of age tale, set in New York City at a terrible time in U.S. history. Still, the unflinching manner in which the characters and circumstances unfold doesn’t scare away the reader. Instead, it creates an understanding and a feeling of empathy for the families. It helps explain the tragedy to young adults in a simple, yet moving manner. Tom Rogers has told the story in a way that most parents and educators have struggled to accomplish. It’s a thoughtful and important book for readers of all ages.

Why We Love It: The book is a great resource to begin a 9/11 related dialogue with young adults. The thousands of people affected by 9/11 will appreciate what the book says, and perhaps more importantly, what it doesn’t say. It is respectfully written and is not graphic in nature.

About the Author: Tom Rogers is a novelist and a screenwriter of numerous animated films including Disney’s Secret of the Wings and LEGO: The Adventures of Clutch Powers. Eleven is his first novel for young adults.

The Journey of a Boy Turning Eleven on 9/11. Tom Rogers. www.ElevenTheBook.com

A CITY ON PAWS