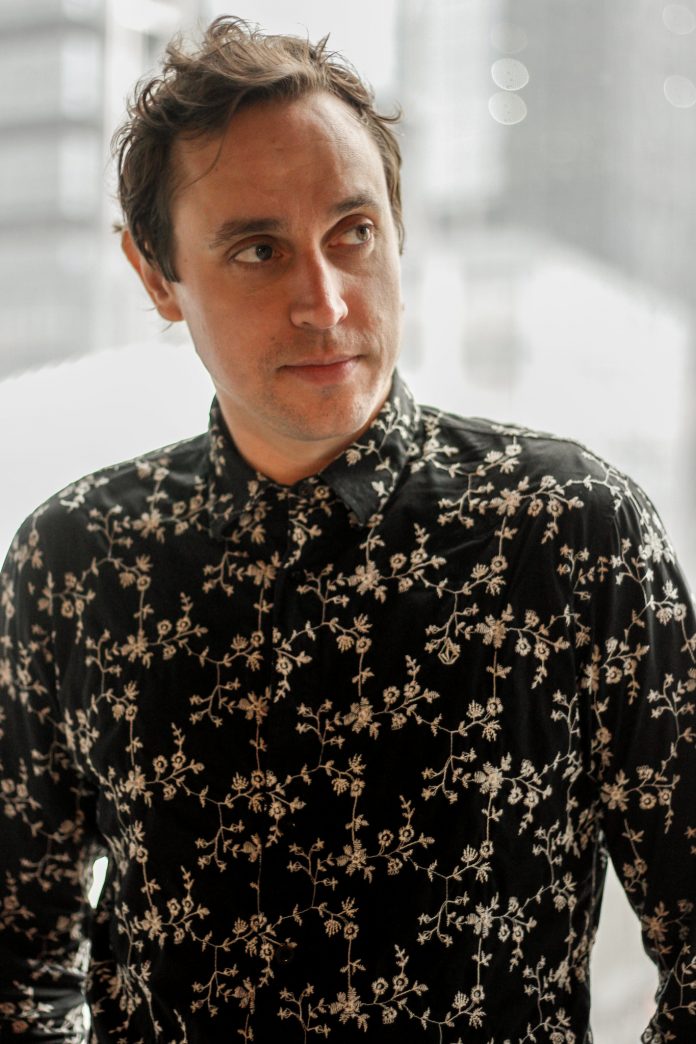 What sounds blare from passing cars as you walk down the street? The wham-boom of eardrum-shattering bass. Monotonous mumble rap. The prefab autotune wasteland beckoning erstwhile partygoers. The dreamy music of Blake Charleton (Akudama, Poison Party) is a melodic breath of fresh air.

Charleton is currently one of NYC’s most prolific songwriters, a one-man Tin Pan Alley, who performed a gorgeous set this fall at Downtown’s World Trade Center music festival. The genial, energetic Charleton is responsible for a staggering repertoire, ranging from mythology-inspired folk, to psychedelic disco, to Baroque pop. He is a master of his craft and The tarot’s Fool, incorporating choirs, musique concrete, and samples from classic films.

“My biggest influences are Paul Simon, Lindsey Buckingham, Karen Carpenter, the Gilberto family that recorded The Girl From Ipanema, even the Wu-Tang Clan,” Charleton notes.

Blake Charleton has been pursuing music since age eleven, after discovering an ability to remember lyrics to songs from movies and the radio. 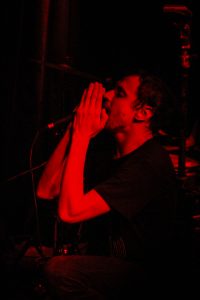 “I grew up very isolated,” he muses. “I would feel emotion, romanticism, and desperation in melodies. Music was the only thing that made me feel those feelings, and as a lonely child it was comforting, almost like an imaginary friend.”

Charleton made good on his childhood ambition. He penned songs for his four bands, as well as eight solo albums. As is the case with most geniuses, however, Charleton endured his share of struggling artist tropes. His music frequently explores darker themes with the veneer of Old Hollywood. Charleton oozes authenticity and pathos, with a sonorous bass reminiscent of Neil Hannon of The Divine Comedy.

He once found himself shocked by the power of his own voice: “I was playing a house party, and two of my peers had begun striking each other in the face. This brawl was getting bloody, fast. I screamed into the mic for them to stop, and without missing a beat, the two boys paused. I felt completely control of my surroundings. It was intoxicating.”

Charleton admits working democratically can be challenging but rewarding, and welcomes collaboration. “Creativity comes from all people, not just from the famous or those considered to be talented,” he adds.

“I take long breaks and step away from songwriting more often than not. I don’t ever seem to find myself working on something big, like a concept album. I’ll wake up with a melody in my head, and then add music to it, feel it out, write lyrics, and voila! It becomes something.”

What’s next for Charleton? Film scoring. He admits to being an avid people-watcher.

“I can see an expression on someone’s face and hear a melody, “ he says. “My mind works in mysterious ways when dealing in music. I love seeing someone noticeably happy, just on top of their shit, alongside someone that struggles to smile or keep it together. I start to create a story in my mind of what their private life must be like.”

But he’s in no hurry to jump into the next phase. “I’m just taking it one day at a time, kinda stepping back and letting life unfold.”

Blake Charleton is completely independent and his entire solo magnum opus is available for purchase here. 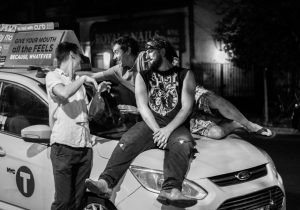