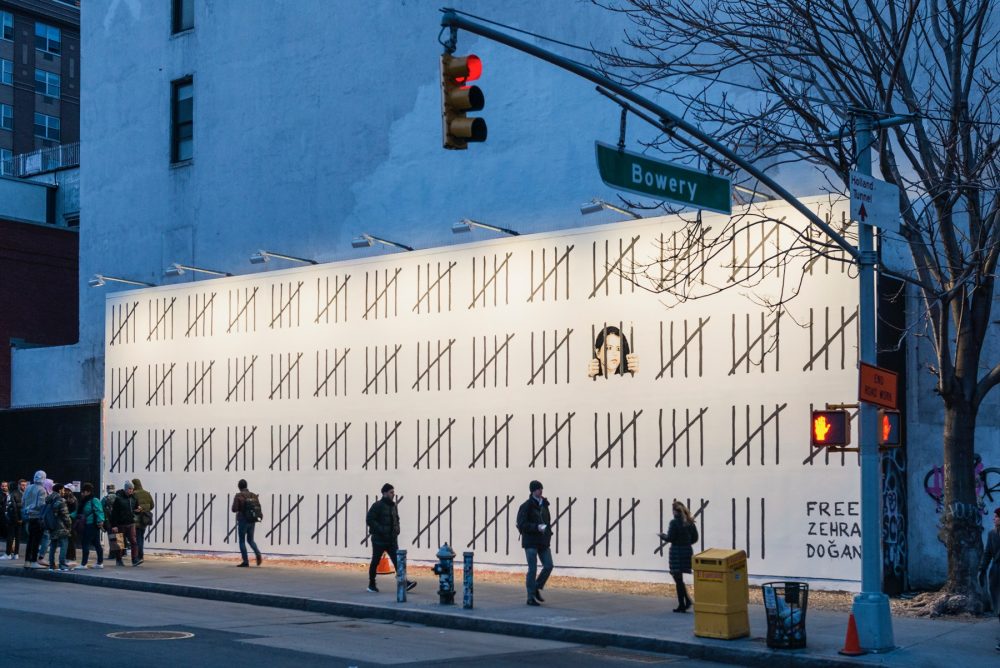 The famous Houston Bowery wall, owned and managed by Goldman Properties, has hosted a number of acclaimed artists since its reinvention in the late 70s with a mural by American pop artist Keith Haring. Featuring pieces from artists from a full range of genres and styles, the Houston Bowery wall’s newest piece is an image of protest from the once-underground and often-political artist, film director and activist Banksy.

Banksy distanced himself from the silent political majority with his sobering works featuring vandalized phone boxes, rioters throwing flowers and several other pieces that have made him a clear and consistent voice in the artistic community. Maintaining his anonymity while simultaneously gaining a massive following, Banksy’s pieces seem to pop up anywhere and everywhere, including fine art auctions where they have been sold for nearly $2 million. 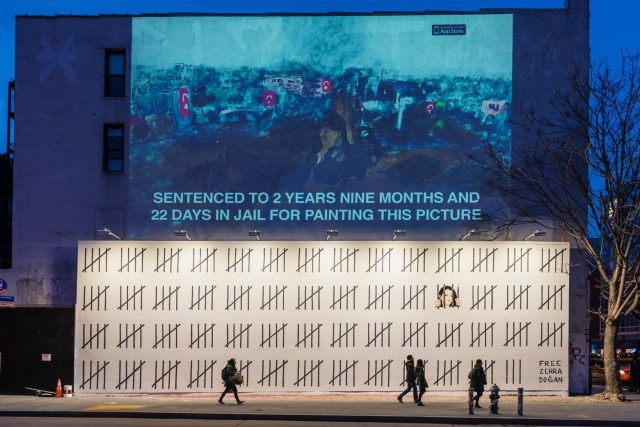 Banksy’s newest piece (the Houston Bowery wall’s newest feature) is a depiction of the time spent in prison by Turkish journalist Zehra Doğan, who was sentenced to nearly three years in prison for painting a watercolor picture of the town of Nasyabin, which was destroyed in an attack by the Turkish military, and sharing it on social media. The piece’s jarring and repetitive black and white design is only broken with a bright image of Doğan behind bars and the text in the bottom right: “Free Zehra Doğan.” At night, NYC passersby have the opportunity to view Banksy’s addition to the Houston Bowery wall accompanied by an image of the original painting responsible for Doğan’s sentencing, which is projected above the mural. 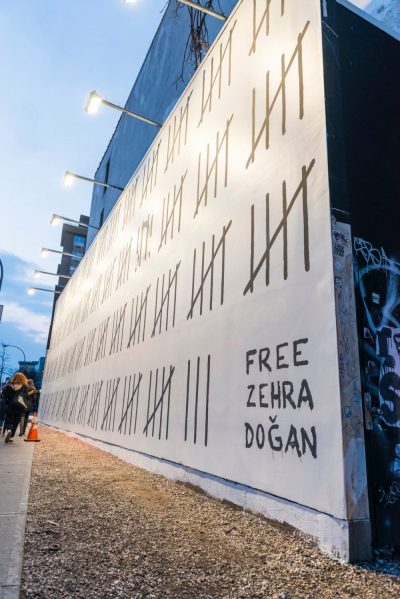 Banksy hasn’t had any pieces in New York for five years, and the Houston Bowery wall is one of two pieces with which he returns back to the city and leaves his mark, with the other being a depiction of a rat running around an exercise wheel-styled clock above a former bank building at 14th Street and 6th Avenue.

For more on what’s going on in the city, visit our news section.