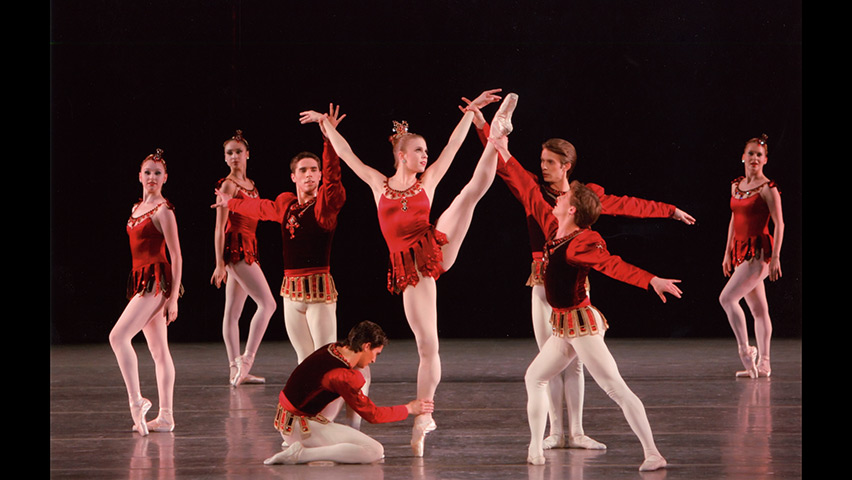 Balanchine first choreographed this dazzling piece in 1967 for The New York City Ballet, a company that he himself co-founded. The performance piece is credited as the first full-length, abstract ballet.

The first act, “Emeralds,” is set to the music of Fauré, and Balanchine considered it to be “an evocation of France – the France of elegance, comfort, dress, perfume.”

“Rubies,”the second act, is set to music composed by Stravinsky and is meant to represent the jazz-age fire in our very own New York.

The final act, “Diamonds,” conveys the grandeur of Balanchine’s native Imperial Russia, which is reinforced by Tschaikovsky’s majestic Symphony No. 3.

Each act represents a different era in classical ballet as well as individual periods in Balanchine’s own life. Although Jewels happens to be a “plotless” ballet, it has the ability to evoke a wide range of emotion from its audience. It is romance, exhiliaration, and drama in one glittering production.