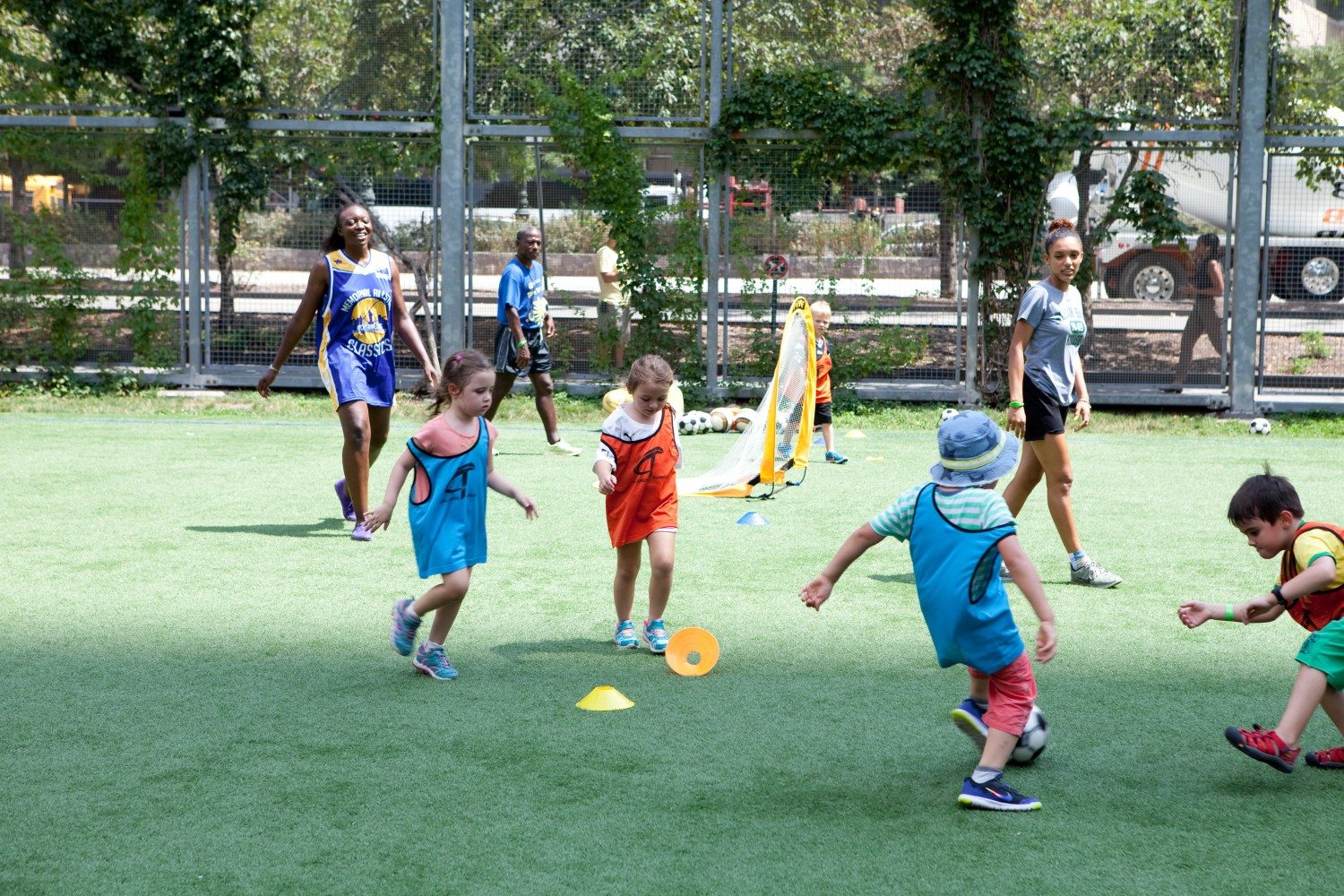 Though summer may seem far away with fall’s cold winds sweeping through the city, now might be a good time to start thinking about summer camps for your children. Living in downtown New York, summer day camps are a great way for city kids to stay active and meet new friends without having to spend entire summers away from their family. But they are also very popular and will fill up fast! Asphalt Green’s Battery Park City Campus recently opened up for its Summer Day Camp 2017 program. Located right at 212 North End Avenue, it is a great spot for parents who do not want their children to travel too far every day to get to the camp — and to make it easier, Asphalt Green offers bus service with several pick-up spots throughout the nearby areas that will take the children straight to the camp.

“We live in the time now, where parents don’t want to be far away from their kids, because in any moment something could happen,” said Stacey Decter, Camps Manager at Asphalt Green.

“I just love that Battery Park City is the opportunity for families, from Brooklyn, Battery Park and TriBeCa, the West Side — and even families from New Jersey — are able to come together in such a historic part of New York city,” she added. “It’s a great alternative for the people who want to have a traditional camp experience, but are not ready to send their children outside of the city — to Westchester or Long Island,” noted Kathleen Duffy, Director of Camps at Asphalt Green.

“The parents want to have a program that will give their campers the same type of community-feel, special events, camp culture, without leaving home, essentially without being too far away,” Duffy further explained. Asphalt Green has offered Summer Day Camps for 29 years, starting at its Upper East Side location. When it opened up their Battery Park City location in 2013, Summer Day Camps were a must. And they have been a great hit for families all over the city, especially due to its easy accessible location. More than that, it is also a great opportunity for the campers to meet new friends from different neighborhoods in the City.

“Camp is the place, where I thrive. It’s where I learned to try new things, made new friends, built confidence in myself — and I have always wanted to be able to inspire others to do the same,” said Decter. At Asphalt Green, three age-based camps are offered: Pee Wee, Junior and Senior. But it is also made sure that the whole camp gets together through socials and a lot of social engagements throughout the summer. The campers also often build a stronger skill-set and stronger relationships with both each other and the counselors, because Asphalt Green offer programs that are session-based. This means that the campers are there for a minimum of four weeks, often for six or eight, and it helps the children become comfortable with each other because no one just comes in and out. “They really get to know each other and counselors get to build confidence in the campers,” Duffy said. She continued: “The activities that we are doing, to get to really work each week at new martial arts scalar, swimming every day and because they have that continuity and stability, they grow and they become confident campers and this becomes their home, which is such a great thing to see.” With a wide range of activities from everything to swimming and a variety of different sports such as tennis and baseball over creative activities like theater and arts and craft, the campers are sure to keep busy all day and find something to keep them entertained. Much helped by the engaging staff that are there to help the campers and oversee every activity.

At Asphalt Green, it is also made a point to include everybody — so much so that it has scholarships to help families and children who may not be able to afford the camps. “Seeing those kids and knowing that we are able to help some of them get an opportunity that they would have never had before, that always makes me feel really good and very proud of what we’re doing,” said Coccia.

Want to find out more? Stop by its open house on Tuesday, Nov. 15 between 6:00PM and 7:30PM and learn more about the camps and meet some of the counselors.

Learn much more about rates, scholarships and dates on their website as well as all the activities. But don’t wait too long — we’re betting that the spots will go fast!

Got the At-Home Blues? Here’s How To Take Care of Your Mental Health