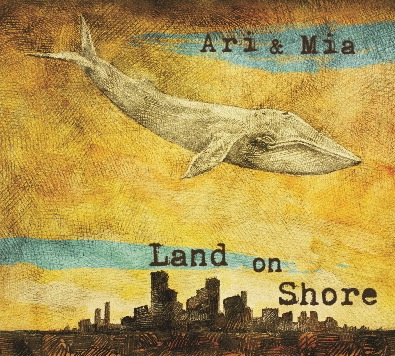 Dynamic Boston sister act Ari & Mia are bringing their grass root sound to the Bowery Electric  to kick off their Northeastern Tour for their newest album Land on Shore in what is expected to be a high energy performance with music certain sure to capture your attention.

Calling back to early Americana songs and traditions of the South and Northeast, the sisters  Ari and Mia, along with their cello and fiddle create sounds of the Appalachians,  rural dance floors and urban concert halls. This with their sophisticated and stylish approach to song and tune-writing the result is a fresh and contemporary sound.

Ari & Mia “blend a traditional rootsy grounding with a clear background of classical training. Their own works are soothing and fresh, tasteful and accomplished. This duo is taking the classical study of a conservatory program and bringing it alive in folk touring circles,’ says SingOut! Magazine.

Their  first album, Unruly Heart released in 2011 ranked high on the national folk radio charts and Mia’s song “Across the Water,” won the 2010 John Lennon Songwriting Contest in the folk category.  Their sophomore album Land on Shore was released in May 2013 to critical acclaim.

To listen to their album Land on Shore https://soundcloud.com/ariandmia/sets/ari-mia-land-on-shore-1

For more information of sisters music visit their website http://ariandmiamusic.com/