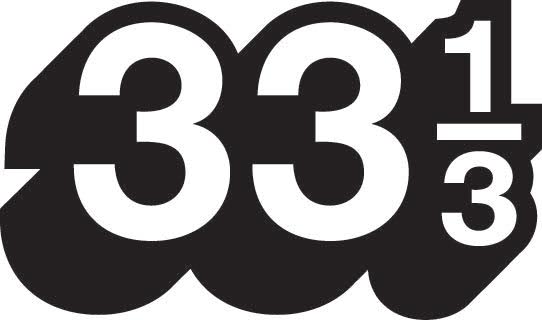 Are you a big fan of music? Do you like to write? Is it your goal to be a published author? If your answer to all three of these questions is “yes,” then there is an opportunity from Bloomsbury Books deserving your immediate attention. Bloomsbury’s 33 1/3 is a beloved series of short books about popular music. With titles about artists as diverse as Celine Dion, Black Flag, Captain Beefheart, ABBA and Prince, 106 titles have been published under the 33 1/3 banner as of this article’s publishing. Two new books are set for release this September: Koji Kondo’s Super Mario Bros. (by Andrew Schartmann) and Metallica’s Metallica (by David Masciotra).

As 33 1/3 titles are generally written by fans of the series, there is currently an open call for new proposals. Deadline for submissions is Monday, July 27 at 12:00 a.m. EST. More specifics about the submission requirements can be found on the 33 1/3 website.

Ally-Jane Grossan, editor of 33 1/3 for Bloomsbury, kindly took the time to answer some questions about the series. Her pre-33 1/3 story is indeed inspiring, as it shows what happens when talent meets opportunity in the literary world. Prospective authors for the series ought to take note of some of the new subjects that Ally-Jane would like to see submitted.

How did you wind up where you are? Was it always the plan to be working in book publishing?

Ally-Jane Grossan: I think the plan was to always work in publishing. Throughout high school, I worked at a bookstore in Los Angeles called Dutton’s (R.I.P.). It was the best job I’ve ever had — save for this one — and I knew that I wanted to keep working with books. That’s where I first discovered 33 1/3. Dutton’s had a pretty extensive music section, thanks to the excellent taste of my colleague and friend Inouk Demers. I so clearly remember the small stack of 33 1/3rds and the joy I got from reading bits and pieces of them. I didn’t read one cover to cover until college. That first one was Neutral Milk Hotel. In college, I took an English class called “Writing Rock” with professor Marc Woodworth. He forced us to listen to a lot of music we didn’t like and treated us like REAL rock critics. If I remember correctly I made a collage about Patti Smith and [The Kills’] Alison Mosshart instead of writing a final paper, but Marc liked it enough to recommend me for an internship at Continuum. In truth, I got the internship at 33 1/3 because Marc found me having a nervous breakdown in the English department office after I failed to win a spot in The Nation’s competitive summer intern program with no back-up plan to speak of. Marc, who had written the 33 1/3 on Guided By Voices’ Bee Thousand, phoned up his editor and 33 1/3 series founder David Barker, and I was lucky that David took a chance, right there on the spot. I interned at Continuum that summer and begged David to let me read the newest 33 1/3 manuscript; it was Mark Richardson’s [Flaming Lips album] Zaireeka. I spent my senior year of college e-mailing David every couple of months begging him to hire me as an editorial assistant. He did. And five years later, here we are. Is there an album that the 33 1/3 series helped change your mind about? Or even an album you weren’t previously familiar with before reading and editing the book which you now love?

A: Exile In Guyville 100 percent. I was a child when Liz Phair was rocking Chicago in the early ’90s. To me, Liz Phair was one of those forgettable early 2000s pretty blonde rock chicks. Her self-titled came out in 2003 and that catchy single “Why Can’t I” was just about all I thought I needed to know about Liz Phair. Editing Gina Arnold’s book changed me. I always listen to the album before and during the editing process for each 33 1/3 volume. If it’s an album I don’t particularly love, I’ll listen less. But with Exile In Guyville, I was hooked. Gina’s book is about what it meant for Liz to function in a male-dominated music scene, literally exiled in the “Guyville” that was indie rock music. “Guyville” isn’t a real place but it’s the perfect term to describe a community of men involved in music making and writing about it who don’t necessarily want to admit that they don’t exactly take young women seriously. I was 24 and desperately trying to find my footing as editor of a series so deeply steeped in “Guyville,” so it was encouraging to read Gina’s brilliant analysis of the album. If you don’t believe me, read Dwight Garner’s New York Times review.

What makes for a great 33 1/3 title? Must the author have specific qualities?

A: A perfect combination of a great angle, beautiful prose and a clear focus. These books are about 160 pages long. That’s 30,000 words, which isn’t very much at all, so the idea has to be tight enough to work for the format. 33 1/3rds that have a very strong thesis I find are the most successful. As for the authors? Nothing specific, but being a really nice person who has an excellent track record of beating deadlines helps.

Are there any albums you’re itching to see covered for a future 33 1/3?

A: Hundreds! T. Rex’s Electric Warrior, The Brian Jonestown Massacre’s Their Satanic Majesties’ Second Request, something by Arthur Russell, how about a pop-punk album? I’m not sure what that would be, but the genre doesn’t get enough credit and now that we have some distance from the early 2000s, I think there’s something to say about it.

Have any artists who’ve been the subject of a 33 1/3 ever reached out to say thanks? Or even the opposite?

A: I know that Wayne Coyne and The Flaming Lips really liked the Zaireeka book and even bought some to sell on tour. The Gallagher brothers [of Oasis] wanted thousands of dollars to reprint a few lines of lyrics, and Liam claimed a few weeks later that he doesn’t read books. Or specifically that reading fiction is a “waste of fucking time.” But I don’t think the two were related.

33 1/3 aside, can you give me an example of great music writing? Or even a site that you know you can depend on for proper recommendations of new releases?

A: I love The Quietus.

For someone who hasn’t yet read How To Write About Music, what is your biggest pet peeve about music journalism?

A: Writing about music is hard. Quite possibly the hardest type of writing to pull off, except for food writing…but that’s a conversation for another time. I very much dislike huge sweeping claims about an artist that don’t mean anything. Such as: “The Super Furry Animals were the best band to come out of the UK in the ’90s.” Statements that use “greatest” and “best” as evidence are lazy. I think we can blame our need to rank albums as the “greatest of all time,” or maybe we can blame Rolling Stone. If I see a sentence like that in a manuscript. my edit is always, “support with evidence.” Of course, that’s what makes a 33 1/3 a 33 1/3…what makes the album the GREATEST according to the author (or the worst if you’re Carl Wilson).

Finally, Ally-Jane, any last words for the kids?

A: Tell me a story that hasn’t been told before! Also, there’s no need to include a mock cover of what your 33 1/3 will look like with your name on it in your proposal. If your proposal is selected, we have a team of talented designers who will take of that for you.