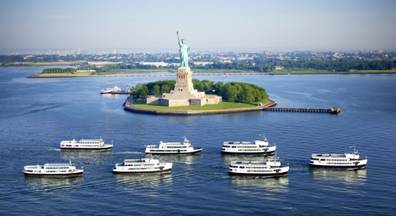 Since becoming the official ferry provider on Jan. 1, 2008, Statue Cruises provided a ridership recovery growing from 3.5 million passengers in 2008 to over 4.5 million, an increase of over 28 percent in nine years.

“As Statue Cruises begins its 10th year, we owe a debt of gratitude to our supportive partners at the National Park Service and our dedicated crew who day-in and day-out ensure smooth sailing to the millions of people visiting theStatue of Liberty and Ellis Island,” said Mike Burke, VP and COO of Statue Cruises.

Among the several factors contributing to the ridership record include: