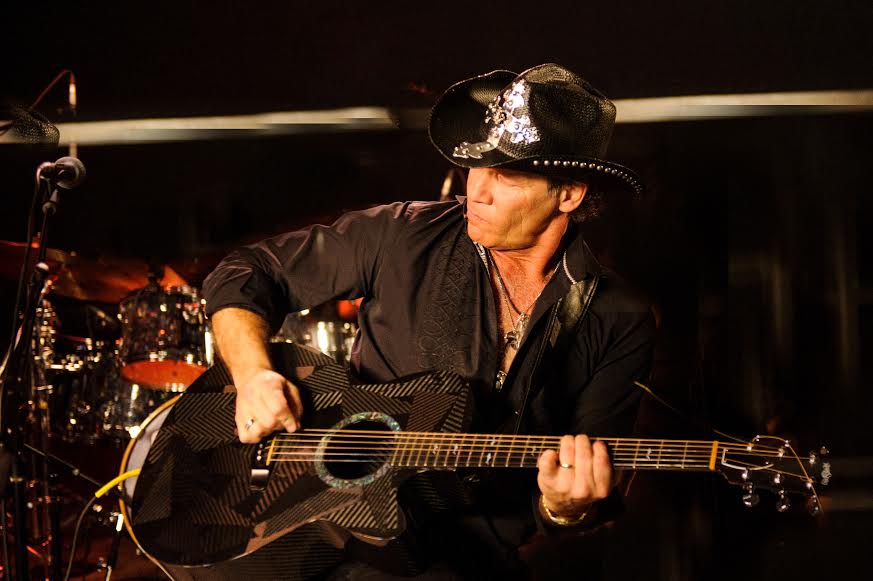 On the strength of first single “To Be With You,” tracks from the New York City-based Gary Douglas Band’s 2015 album Keepin’ Faith have been added to dozens of radio stations around the country. With a sound that is part-Americana and part-Springsteen, The Gary Douglas Band is a guitar-focused group, with its frontman recently gigging alongside Yngwie Malmsteen, Gary Hoey and former Guns N’ Roses axeman Bumblefoot on the 28-city Guitar Gods tour. Their album Keepin’ Faith was made with acclaimed producer Anthony Resta, known for his work with Elton John, Guster and Perry Farrell.

Those looking to experience Gary and band in concert have two opportunities in January 2016. The first being as part of the Light Of Day benefit show at The Cutting Room (44 East 32nd St.) on Jan. 13 alongside Dramarama, Willie Nile and Max Weinberg. Those seeking a headlining set from the group can catch such at The Bowery Electric (327 Bowery) on Jan. 23. Full-scale performances are planned for both, with guitarists Jeremy Goldsmith and Mark Marshall, keyboardist Scott Chasolen, bassist Dan Asher, drummer Stefano B, saxophonist Nick Biello and backing vocalists Clara Lofano and Yula Beeri in tow.

Per my Q&A with Gary for Downtown, early 2016 will also bring a new EP from the band, even though Yahoo Music premiered a live video for “Faith (Renewed)” just a few weeks ago. For more info on Gary and band, click on over to www.thegarydouglasband.com. There have been a lot of famous artists with the last name Douglas. Other than Gary Douglas, who is your favorite?

Gary Douglas: Kind of a fun question. I’d have to pick Jack Douglas, the legendary record producer. I mean that’s my answer is a limited to people named Douglas. He has had a hand in so many of the all-time great records.

How did you come up the decision to name the band after you as opposed to being a solo artist?

G: It’s a band effort all the way. I bring the songs in and we all work on it. And we developed a distinct sound that represents a blend of all our styles.Though I run the show, it’s still a collaborative effort when it comes to arrangements and the whole feel and sound of the band. This is most definitely a band. Every member has an important role and makes an important contribution.

Do you primarily identify as an Americana artist? A country artist? Or do you have another way of describing your music?

G: Definitely say it’s Americana. Which in my mind is a very distinct genre and is timeless.

Is there a particular artist that inspired you to pick up a guitar for the first time?

G: Well really, it was more to do with the fact of my older brother had a guitar in the house and he looked pretty cool playing while I was stuck taking boring piano lessons. So I used to take his guitar when he wasn’t around and I taught myself how to play.

What is the best concert you’ve ever seen?

With regards to your upcoming shows in New York, what’s to be expected? Does your band throw any covers into its live sets?

G: We do throw a couple of our own interpretations of some covers when we are playing longer shows. We will be doing a new one in the upcoming shows called “State Trooper.” It’s an obscure Springsteen tune that he recorded with just an acoustic guitar, and we’ve given it the rock ‘n’ roll treatment — while keeping  true to the Americana genre  — and it sounds amazing. It’s such a unique interpretation and sounds so great we are probably going to include on our next EP in early 2016.

Where was the first gig that you ever played in New York City?

G: Where else? The Bitter End.

Given how expensive New York City is, what is it that keeps you alive here while being an artist?

What brought you to New York in the first place?

Going beyond the music, is there something you wish more people knew about Gary Douglas?

G: Hard to answer because music so intertwined with what’s important to me. I mean, my family means everything to me and my friends. And helping people that are struggling.

When you’re not busy with your career, how do you usually spend your free time around time?

Finally, Gary, any last words for the kids?

G: Music is magic — it seems to me it’s the only thing where there’s is no rational explanation as to why it is so good at conveying every human emotions and in such a beautiful way. And brings people together. Whether you play or just listen. And rock ‘n’ roll is king.