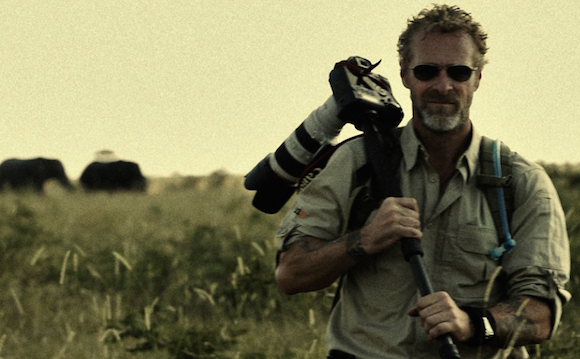 Steven Lyon, one of the top male models of the 1980s and 1990s, actor, and photographer has dedicated much of his time on his breakthrough documentary on rhino poaching in Africa. Lyon’s inspiration for Something that Matters came from his time spent on a trip to Africa in 2012. His story was born after walking 1000k on foot in the bush with African bushman. As the notorious poaching crisis was brought to his attention, he immediately took action and organized the documentary to raise awareness. Lyon created this documentary with the purpose to educate people about the corrupt reality of poaching in Africa.

Lyon shot the documentary throughout South Africa, Mozambique, Botswana, Tanzania, and parts of Asia. This film offers an up-close and detailed look at the poaching of some of Africa’s most valued species. Though many species are endangered, Lyon focuses mainly on the African rhino, a species that faces the possibility of extinction. The rhino horn has more street value than gold, causing poaching to not only be common, but dangerously aggressive as well.

During his journey, Lyon invited a number of celebrated authors, reporters, and conservationists with the same idea of fighting the rhino poaching situation in different ways. This film follows these motivated individuals as they take a risk to save the African rhino. Lyon concludes that Something that Matters is a film of showing wildlife in all their freedom and glory. This documentary is supposed to motivate the public to act together and to win the fight for the beautiful African rhino.

Although Lyon’s personal efforts are phenomenal thus far, the urgency of the need to end poaching in Africa led him to establish the non-profit Lyonheartlove Organization in 2013. Not only was this created to educate people on the negativity of poaching, but also the beauty of wildlife conservation. Something that Matters is the first project Lyon has created under his non-profit, in addition to utilizing the crowdfunding platform Indiegogo. The funds are intended for the completion of the film. Lyon has gained support of the film and Lyonheartlove Organization from Apple Computer and Red Digital Cinema. These supporters have allowed for contributions to be tax deductible. With the help of the public, Lyon plans on taking his efforts as an opportunity to call global attention to slaughter of the African rhino, and the conservation of the lives of this precious species.