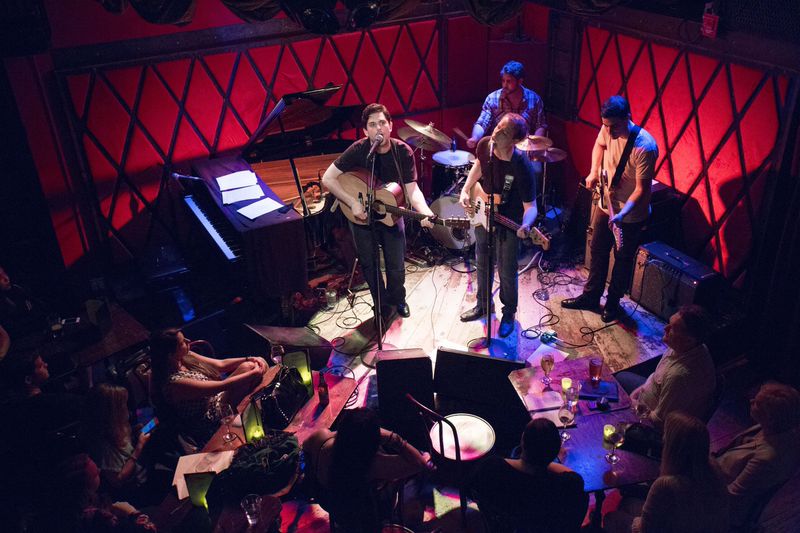 Luke Elliot and his band playing live at the Rockwood Music Hall.

Lower Manhattan is home to some of today’s biggest names in the entertainment industry. DOWNTOWN had the opportunity to learn a bit about the area’s next up and coming star: Luke Elliot. A true downtown dude, Elliot got his start right here in Manhattan’s Lower East Side. His following grew quickly, and culminated in his concert at Rockwood Music Hall on Wednesday, June 25. At 8 p.m. guests filled the two-story hall to listen to Elliot’s folk-rock jam music. Elliot moved the crowd with his soulful voice, accompanied by an enthusiastic band playing catchy piano and guitar chords. The set was a well-balanced combination of upbeat tunes and romantic ballads showcasing Elliot’s style of early rock music influence with shimmers of modern folk and indie rock. His eclectic mix of influences creates unique melodies that truly captivate his audience. By the end of the evening the crowd was begging for an encore. Based on the audience reaction, the night was a hit. Take it from us, you’ll be hearing more of Luke Elliot. Don’t miss the boat — check out Luke Elliot’s EP, Provisions, out now.