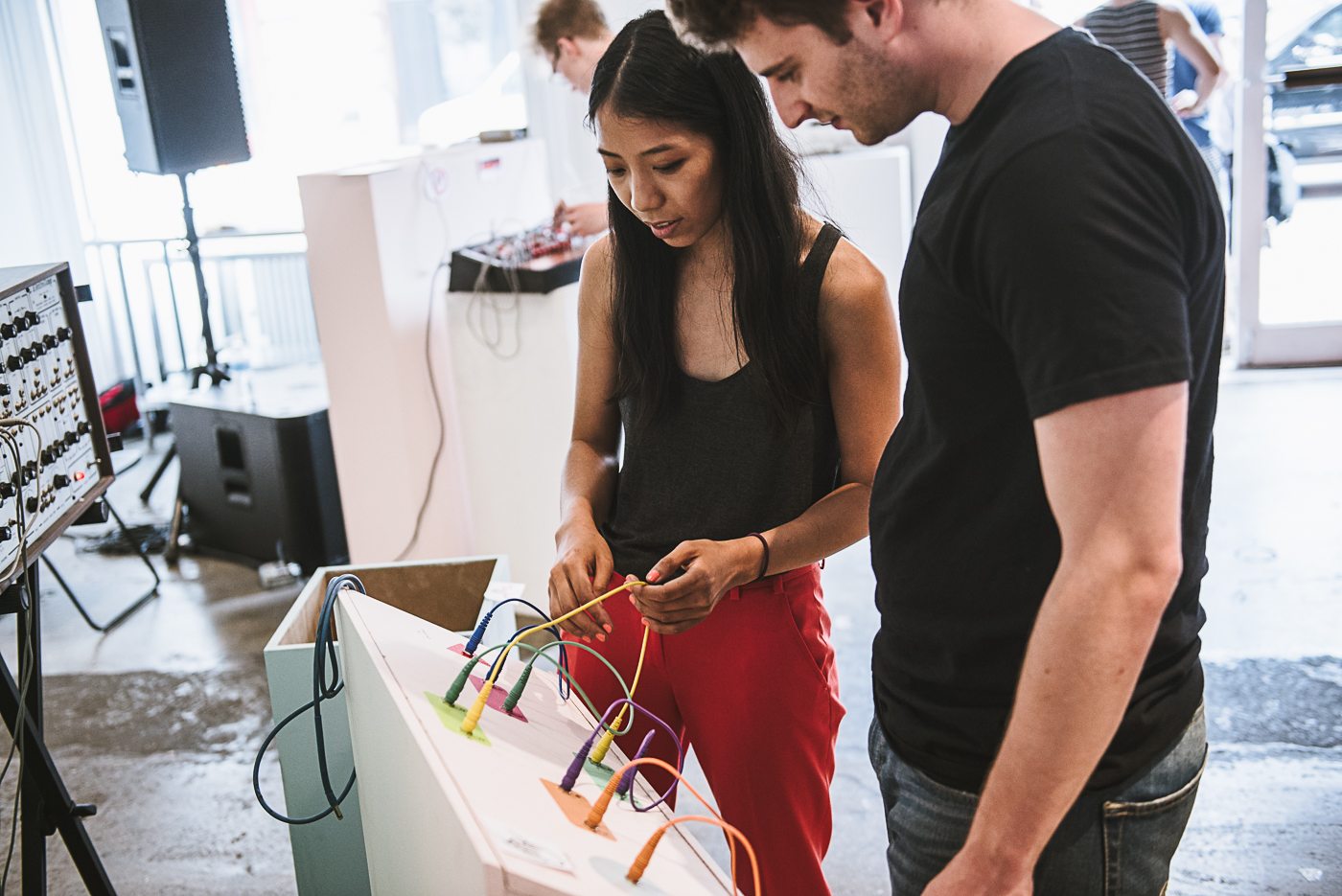 Hudson Square Connection (HSC) held a neighborhood-wide event in Hudson Square to bring the creative people of the area together from June 10 to 11. The event, titled Hudson Square in 3D, hosted interactive demonstrations of modular synthesizers and 3D printers, as well as discussion panels on 3D printing and podcasting.

3D printers were set up in various venues throughout the Hudson Square neighborhood for participants’ viewing pleasure of the printing process of miniature models. Modular synthesizers were also made available in multiple buildings for people to compose their own music. According to HSC’ CEO, Ellen Baer, attendees and passers-by stayed for up to an hour to watch the synthesizers’ produce amazing tunes.

Later in the evening, Ignite Gotham hosted a series of 11 rapid-fire five-minute presentations on the topic of 3D printing.

Executive Director of the Children’s Museum of Art, Barbara Hunt McLanahan, spoke about the transformative power of the arts and 3D printing’s prospect in expanding children’s creativity.

Janet Lieberman had a different focus; she talked about how the technology minimizes the production time in the development of sex toys.

Each speaker touched on unique and individual capacities of 3D printers. But they all ended their talks by encouraging audience members and other speakers to reach out to share ideas or work on future collaborations.

A panel featuring leaders in the field of podcasting closed the night. Christian Nilsson, journalist at Huffington Post Live, led the panel and asked questions to other panelists: Manoush Zomorodi, managing director of WNYC’s Note to Self; Michael Sebastian, business journalist at Advertising Age; Kaitlin Prest, host and general manager of the Heart; and Todd Barry, comedic host of the Todd Barry Podcast.

Christian Nilsson began the talk by briefly speaking about the history of podcasts, and then transitioned to asking the panelists how they moved into the podcast format. The panelists described how they all similarly entered the field by a curious drive, rather than a commercial incentive. In reference to the rise in podcast’s listenership, the speakers elaborated on the revolutionary results of the Serial podcast. Sebastian even credited the Serial series to “[usher]

in this golden age” of podcasts.

However, the panelists were also sure to note other reasons for the form’s rising popularity. They agreed that podcasts didn’t become a cultural phenomenon because of a change in audience’s attention. Instead, podcasts’ cache as a form of entertainment is more compatible to the multi-tasking behaviors of people than other forms, such as television.

Throughout the presentation, the panelists volleyed opinions and jokes to one another. The speakers varied their discussion to an array of topics, but spent quality time explaining about advertisers’ role.

Zomorodi noted that public radio is still not the most profitable business, and consequently relies on advertisers to sustain budgets. As such, podcasts were described to be half commercial and half artistic.

HSC has expressed its goal to unite the people of its neighborhood. Staying true to the nature of the creative people it serves, the organization’s event was the ideal platform to foster the imagination and ingenuity of the Hudson Square community.