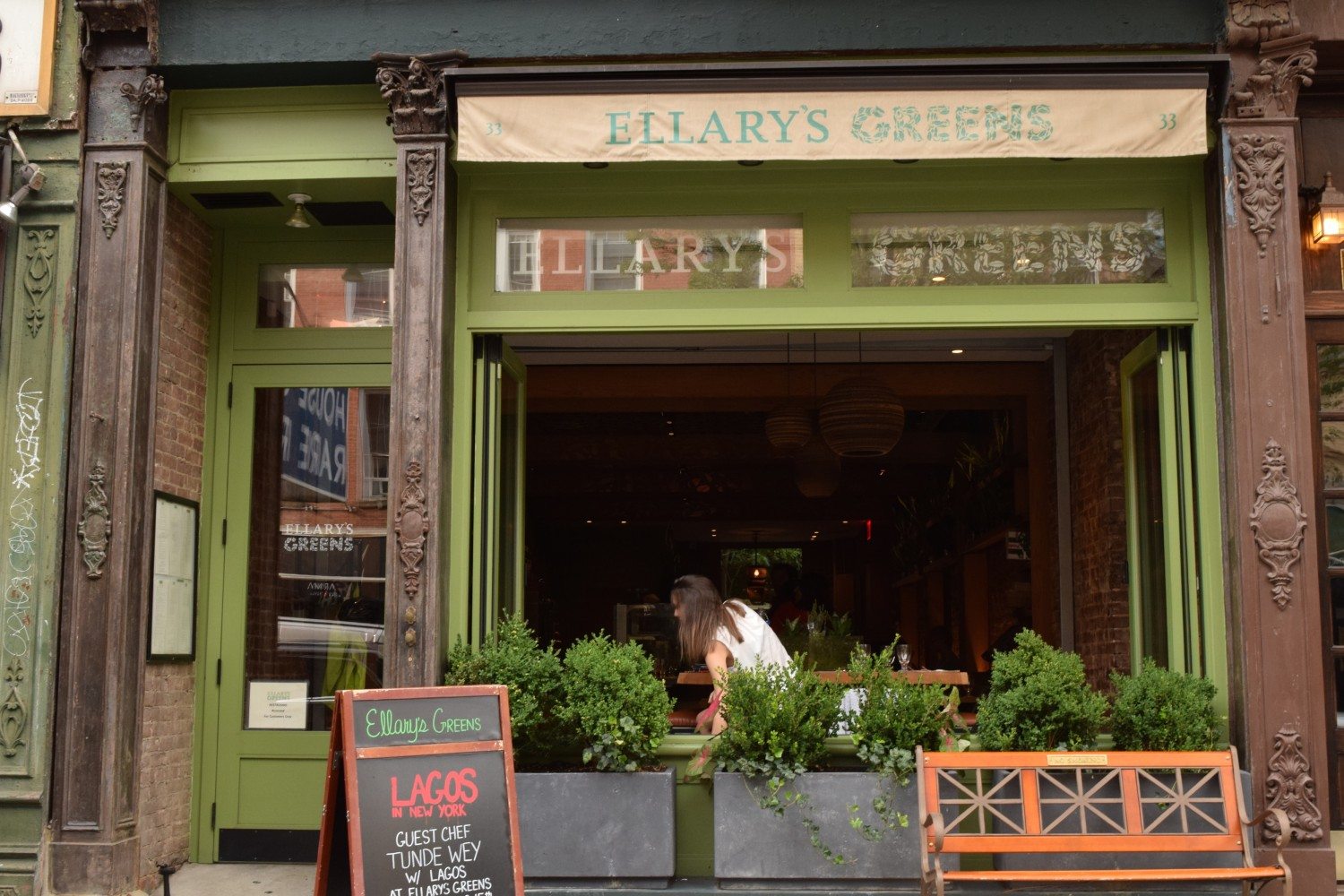 Ellary’s Greens owner, Leith Hill, fondly remembers growing up around food in her hometown of New Orleans— but not in the way one might expect.

“I was raised in New Orleans, which, we all know, is not known for having the healthiest of cuisines. You go into town and you have a lot of what I call, booze, butter, beignets and béarnaise sauce.”

Opened in 2013, her charming West Village eatery boasts delicious, organic and nutrient-rich meals for customers, of all diets and dietary restrictions. It is definitely a stark contrast from the fried, butter-heavy food of her hometown.

Hill’s father fostered her passion for delectable, healthful food from an early age— long before juicing and clean eating was trendy. Determined to combat the potential health risks that could easily manifest from a conventional New Orleans diet, he imparted a healthy, organic lifestyle onto his family.

“He starting looking into the links between diet, exercise and heart health at age 12,” explains Hill. “He started doing research on his own and he completely changed the way he ate. He lived that way and ate that way until he died at age 89. He was amazing and, even though he was a lawyer and had a very full professional career as a lawyer, he laid down the decisions about our food and the food philosophy in the house.”

Hill stuck with this healthy philosophy throughout her life and eventually moved to Long Island, where she struggled to find resources for nutrient-dense food that she and her first child could enjoy.

“It was just Burger King and Pizza Hut. And of course I’d never eat there but I thought back then, 21 years ago, that somebody somewhere was going to come along and really make beautiful nutritious, delicious, amazing, nutrient-dense food that you want to put in your body and that you want to feed to yourself and your family. It’s going to be slow food served quickly. And then, kind of, nobody did.”

Though she admires companies like Organic Avenue, Whole Foods and Chipotle for making strides in offering healthy, wholesome foods for the masses, Hill aspires for organic eateries to be as readily available as their fast food counterparts. She opened Ellary’s Greens to be inclusive to every taste and diet, regardless of if a customer is strictly vegan or a meat lover.

“We don’t limit the market, we open it up it everyone!” she proudly exclaims.

The menu is coded to identify which dishes contain meat and those that are gluten free, meat free or dairy free. The cuisine ranges from delectable stuffed peppers to Thai tofu curry to mouthwatering bacon mac and cheese, made with heritage, free-range pork cured in-house.

They also incorporate Hill’s healthful standards into their many sweets and baked goods. An example of these guilt-free sweets is their chocolate mousse made with high antioxidant raw cacao, coconut whipped cream and, as a surprising base, avocado. This delicious dessert is simultaneously so nutritious that, according to Hill, you can eat it, rub it on your skin and smear it in your hair. Their wine list is also completely organic.

“I’m in it to win it, I’d rather get out before I cheapen my standards or do it wrong,” Hill says. Staying true to her goal of growing her healthy brand, Hill is expanding Ellary’s Green’s uptown to Columbus Circle for grab-and-go, which she predicts will be open by mid-winter. She also has a presence in several Equinox gyms around the city.

“Already we’re in two Equinox gyms. One is downtown at Brookfield Place, the other is at Equinox in Columbus Circle. So it’s been a good litmus test to see how our food does in that neighborhood. We deliver two to three times per week and we are sold out every time, so it’s really nice.”

Ellary’s Greens is located at 33 Carmine St. and is available for delivery. Check out more of their unique and delectable menu on their website.