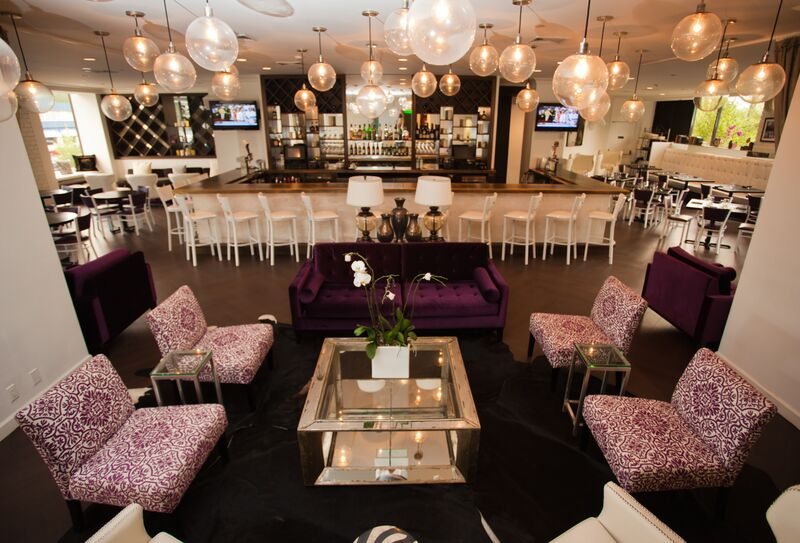 NoMa Social has already been widely reviewed as a go-to destination, worth the trip and easy to reach from anywhere in the region! Located just to the north of New York City, in Westchester NY, NoMa Social takes a cue from NYC destinations such as SoHo and TriBeCa. NoMa means North of Manhattan; “Social” conveys a setting in which to enjoy a comfortable, interactive dining and drinking experience, enhanced by live entertainment and late-night dining/dancing on Friday/ Saturday evenings.

Uniquely designed into a 3,000-square-foot environment seating 125, the library décor is rich in warm purples and grays to create a welcoming, relaxed atmosphere. Numerous couches in various sizes and low cocktail tables are conducive to dining and conversation, with traditional seating also available.

The menu, created by Executive Chef Bill Rosenberg, offers entrees and an array of Mediterranean-style small plates for mixing, matching and sharing. Selections include organic, sustainable meats, fish and local produce and a Tapas bar, with suggested wine pairings. The kitchen features a Spanish Plancha, where most food is cooked, and a wood burning stove for pizza and flatbreads, plus the preparation of whole fish and delicious fresh, organic meats.

Bill Rosenberg, Executive Chef of NoMa Social, located at One Radisson Plaza in New Rochelle, has earned critical praise throughout his 20-year career as executive chef for some of the New York metro area’s top restaurants. Prior to joining NoMa Social, he was executive chef/owner for more than 10 years of F.I.S.H., Port Chester, New York, which was rated by Zagat as one of America’s top seafood houses and named by Westchester Magazine as the “Best New Restaurant.” After graduating from the Culinary Institute of America in 1992 with a degree in culinary arts, Rosenberg launched his successful career. He held executive chef positions with Two Moons in Port Chester; Barcelona Wine Bar, SoNo, Connecticut and Vivo Restaurant and Dome Restaurant, both in Greenwich, Connecticut which were all rated highly by The New York Times. Rosenberg’s Mediterranean style was honed at F.I.S.H. where he created new and exciting dishes using ecologically sustainable seafood, produce and meats. At Barcelona Wine Bar and Vivo Restaurant, Spanish tapas was one of his specialties. The experiences set the stage for the full tapas bar that will be one of the NoMa Social’s offerings. Passionate about food and the restaurant business, Rosenberg prides himself on his excellent knowledge about food and wine pairings, which diners will enjoy at NoMa Social. Chef Rosenberg will surely delight guests’ palates with his unique Mediterranean culinary creations.